It is a known fact that eating right is essential to maintaining good health. It just baffles that a good number of people take proper nutrition for granted. Doesn't it amaze you to see a person with cavities go for the most sugary of foods on the dining table or someone who has a bad breath problem sucking on a full bag of mint sweets? That just shows you that a good number of people are oblivious of the fact that you can either eat to fight or to promote disease (foodmatters.tv, 2013) .

Bad breath or halitosis is one of the most embarrassing health conditions. However, with proper nutrition, it can be managed.

About 65 million Americans suffer from halitosis at some point in their lives! - The National Institute of Dental Research estimates.

At what state are you said to have bad breath?

Some little bit of bad breath, especially when you wake up in the morning, is tolerable. However, there are some cases where a person's breath smells so bad that you can't stand talking to them- I mean, you want to puke as soon as the stench hits you. Such bad breath, otherwise known as halitosis, is a condition characterized by a very unpleasant breath. This hub is not, by any means, meant to condemn people who suffer from halitosis- after all, life is all about being tolerable to people's shortcomings- but to help them fit in better in society.

Although bad breath can be as a result of poor oral hygiene, some cases go beyond the usual brushing and flossing of teeth. Bad breath can be caused by a number of factors. Therefore, knowing the exact cause of the problem is the first step towards eliminating it. While smoking, medical conditions, some medications and poor oral hygiene are well recognized causes of bad breath, the contribution of certain types of food to bad breath is often overlooked. 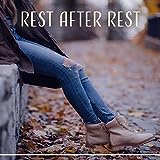 Rest after Rest - Get Rid of Fatigue, Break for Breath, Pleasant Action, Lie Down and Relax, Spa or Bed
Buy Now

Which foods cause bad breath?

A serving of fish is welcome for a good number of people but for some, it is a no go zone, not for fear of allergic reactions but because they cannot tolerate the smell of fish oils.

Garlic and onions are widely used food spices. While cooked onions, garlic and some other spices are less pungent when cooked, eating these spices raw, though good for your body, leaves your mouth with an intolerable odor. It is only good that you clean your mouth thoroughly to avert this.

Meat can easily cause bad breath as a lot of meat particles remain trapped in between teeth. These provide what I would call culture media for bacteria. The breakdown of proteins in the meat particles leaves you with a putrid smell.

Eating too much of carbohydrate deficient foods prompts the body to use body fats as a substitute source of energy leading to formation of ketones as a result of fat oxidation. These ketones are responsible for bad breath. It is therefore advisable to eat a well balanced diet.

Which foods are effective against bad breath?

Foods that are rich in zinc should feature prominently on your plate. Zinc has long been identified as an antimicrobial agent and helps in keeping microbial populations in your mouth within acceptable levels.Zinc deficiency can lead to rapid growth of microbial populations leading to occurrence of a coated tongue and infections like tonsillitis all of which cause bad breath.

Zinc is one of the active compounds in mouthwash products. However, it can be supplemented naturally by eating pumpkin, wild yams, ground nuts, peanuts and gourd seeds, all of which are rich in zinc. 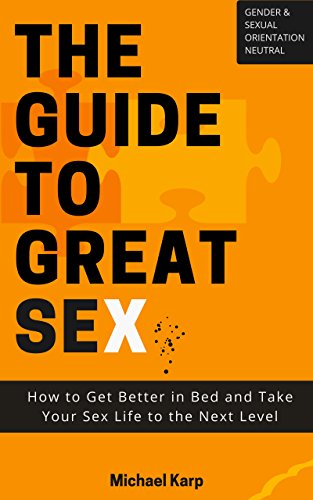 The Guide to Great Sex: How to Get Better in Bed and Take Your Sex Life to the Next Level
Buy Now

The stinging nettle is one good example of herbs that can be used to treat bad breath.

(Knowzone: Stinging nettle is popularly known as Njegeni within the Mt. Kenya region of Kenya)

Stinging nettle can be boiled and the extract-containing water gargled or a few of its leaves put used as a tea spice by dipping them in hot tea to make what is known as stinging nettle tea. Stinging nettle has immune boosting properties by acting as an immune system stimulator. Its active compound also helps in purifying blood by increasing the excretion of uric acid in kidneys.

According to the Bartram's encyclopedia of herbal medicine, bad breath can be an indicator of poor liver function, otherwise known as toxemia. This, according to the encyclopedia, can be treated using stinging nettle. Finally, this important herb is an adrenal gland function booster.

Has it ever occurred to you that some micro-organisms are useful to the body? These micro-organisms are reffered to as probiotics. A common example of a probiotic is the Esterichia Coli bacteria found in plenty in the human gut. Probiotics destroy harmful micro-organisms entering the body, hence protect the body against infection. Sometimes, E. coli populations in the gut decline due to effects of drugs and some foods. To restore them, it is important to take probiotic rich foods. These generally includes fermented foods like Yoghurt which contains useful Lactobacillus spp, fermented gruel, kombucha tea and vinegar.
In fact, a 2011 study on Gastroenterology found that pro-biotic supplementation reduces mouth odor. The study findings were published in the Current Opinion Journal.

Apples and carrots are good examples of these. They are important nutrient sources which boost a person's immune function helping them fight micro-organisms that cause oral infections. They are also rich in fibre hence help remove food particles trapped between teeth.

Chlorophyll, the green pigment in plants is important in fighting bad breath. It acts by neutralizing compounds that cause bad odor. Chewing green herbs eg cinnamon, peppermint, Parsley or taking their green teas is recommended.Chlorophyll tablets can also be taken as supplements. 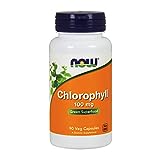 Citrus fruits e.g. oranges, melons, lime and lemons fight bad breath by giving you a great smell. They also contain vitamin C which is active against bacteria hence reducing their population in the mouth.

Did you find this hub useful?