Bulimia is an eating disorder characterized by recurrent binge eating, followed by compensatory behaviours, referred to as "purging".

The word bulimia literally means “ox hunger”.  The word describes the bulimic person who feels a voracious appetite but who after feeding herself excessively does whatever she needs to get rid of the ingested food and with it, the feeling of guilt, fear of becoming fat and physical pain due to over eating.

Eating and Vomiting in history

Another culture who used purging as an accepted behaviour was the Egyptians who every month had a few days of fasting in order to keep healthy.

It is only during the XIX and the XX century that the crisis of bulimia and vomiting were labelled as hysteric crisis or psychological disorders. Only in the 1970s was Bulimia acknowledged as a real psychological problem, a problem within the eating disorders like anorexia.

Do I have an eating disorder?

Bulimia is very difficult to detect because sufferers are usually of normal weight, sometimes they are even overweight. The American Psychological Association uses the following criteria to diagnose bulimia.

Being diagnosed with bulimia does not explain the why or how a person became bulimic. Each case is individual. Treatment should take into account personal circumstances.

There are basically two sub-types of Bulimia:

Some people have both subtypes or alternate between the two behaviours. The people who purge appear more disturbed than those who don’t, they have a tendency to be more depressed and anxious and also to be unhappier with the way they look.

When does it start? 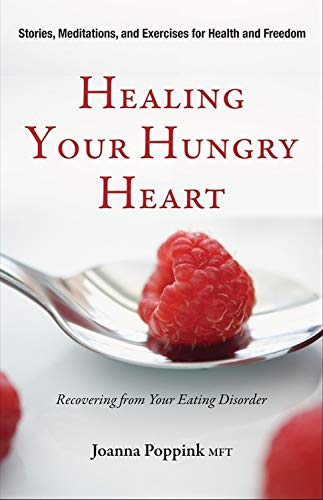 Healing Your Hungry Heart: Recovering from Your Eating Disorder (Anorexia or Bulimia, for Fans of Intuitive Eating)
Buy Now

Feeling up the stomach excessively and repetitive purging causes among many others:

Bulimia is related to deep psychological issues and feelings of lack of control over what one eats, when and how. Sufferers often use the destructive eating pattern to feel in control over their lives. After a while, bulimics find that they no longer have control over their binging and purging. The binging becomes an addiction that seems impossible to break.

Every one of two bulimics also suffers from depression and half of the bulimics suffer from anxiety. It is not rare either for bulimics to abuse alcohol and other drugs.

Recovery is very hard, and often, in the early stages of recovery, the patient will gain weight as they rehydrate and obtain electrolytes that they have lost during the purging process.

There are higher rates of eating disorders in groups involved in activities that emphasize thinness and body type, such as gymnastics, modelling, dance, cheerleading, running, horse riding, acting, and figure skating.

Our society encourages slimness, therefore it has become common for young women to spend hours exercising and dieting to achieve the perfect body. How can we distinguish the perturbed eating behaviour? Usually, there is something to worry about if:

1. The person eats with anxiety or guilt. Eating is not enjoyable but a source of shame and anxiety.

3. The person only eats a very strict or very rigid diet. Her eating is very stereotyped.

4. Eating is very irregular; the person does not follow a schema of three meals a day. The person prefers to do something else to avoid eating and losing control over the amount eaten.

6. Feeding habits reflect the emotional state of the person, like someone eating because she is sad, lonely or anxious.

7. Feeding is modified by weight. The person weights herself and plans her eating for the day according to her weight and her objectives.

8. Inadequate physical activity. That is, exercising excessively with the whole objective of burning calories. The person isolates herself to dedicate all her free time to exercise.

Men Suffer From Bulimia Too !

Other Resources On Eating Disorders

Help Yourself Come Out Of Your Bulimia

8 Keys to Recovery from an Eating Disorder 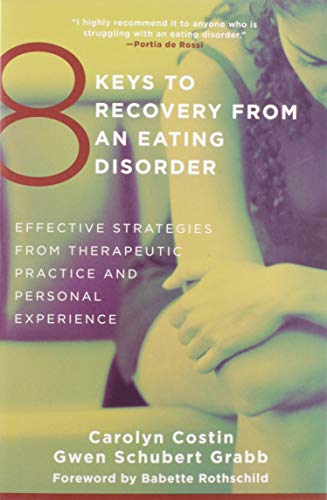