The Beginning : Choices and Hoops

I had RNY gastric bypass surgery on June 24, 2014. It was a huge milestone for me. Either the surgery was going to work, or I was going to continue on a roller coaster ride toward an early death.

I was 45, diabetic, hypertensive, and had high cholesterol. My back consistently ached. My knees burned at night. I had plantar fasciitis (I don't know of a worse pain, and I've had natural childbirth. TWICE!)

in 2009, I began the process to have lap band surgery, but I chickened out. In those few years, I went from being fat and fabulous to just fat. My apologies for using that word, but that is my truth. I was miserable. By 2013, I had made up my mind to carry through with the surgery, no matter what. That September, I had been on three different diabetes meds, and started insulin. It was time.

That October, I scheduled an orientation class at St. Vincent Carmel Hospital in Indiana and sat there for two hours feeling exhilarated instead of afraid. I knew I was ready. While there, I learned that the Lap Band has the least success, the Sleeve comes in second, and the RNY is actually to most successful. I wanted the sleeve because I was afraid of the bypass. Rearranging my insides did not sound like something I could handle. However, my insurance would only pay for the bypass. Bypass, it is then! Like I said, I was ready.

There were many things that I had to do to get ready:

I had my psychological exam in November. I didn't expect to learn anything from a two hour appointment. I had been utilizing therapy since my divorce in 2003. I was wrong. You see, I had a physically abusive mother. She used whatever she could to hit me - shoes, switches (these are little green branches from trees or bushes), the yardstick, a flyswatter, rolled newspaper... The therapist asked me when she stopped hitting me. I said, "When I got to be bigger than she was." The realization was so sudden and so clear. I finally understood why I ate. I needed to be bigger. I was protecting myself. Knowing that detail, I increased the amount of times I saw my therapist, and, as required, I went to every support group meeting the hospital provided. I had to work through this problem. It was difficult, but I did that for the next six months.

Those six months were so hard. I wanted to make the changes right away. I knew I needed help. The required visits with the nutritionist were great, though. They were very supportive. I actually lost about 15 pounds during that time.

In April of 2014, all of my paperwork was completed and I received an approval from my insurance company. My surgery was scheduled for June 24 - my new birthday!

Which surgery would you choose? 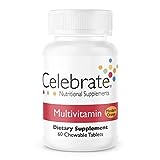 Obesity has become a large problem in the United States. As of 2009, more than 68% of adults are overweight or obese.

Data from the National Health and Nutrition Examination Survey, 2009–2010