CONTROL YOUR DIABETES WITH VINEGAR

IS CIDER VINEGAR A NATURAL CURE FOR DIABETES?

There is some scientific evidence to show that fermented foods high in acetic and or lactic acid are useful in helping the body to store unused glucose in the liver, thereby reducing the rate of absorption and production of glucose.

The vinegar study, which was published in Diabetes Care magazine, involved 8 healthy people, 10 people with type 2 diabetes and 11 people with prediabetes.  One group were instructed  to take 2 tablespoons of cider vinegar in a glass of water and the other group a placebo. They then had breakfast which contained 87 grams of carbohydrates; consisting of orange juice and a bagel with butter.  The following week the groups switched and then ate the same breakfast.

Blood sugars were measured before and after the meal by the researchers, led by Carol Johnston, PhD, RD, a professor of nutrition at Arizona State University. They found that vinegar consumption slowed the rise of blood sugar despite the high-carbohydrate meal. A reduction of the rise in blood sugar was observed in all three groups but the biggest impact was on the group with prediabetes who cut their blood sugar levels by around 34%. The diabetic group's levels dropped by around 20%.

What are Fermented Foods?

Apple Cider Vinegar is a fermented food in which the main ingredient is acetic acid. Lemon and lime juices also contain acetic acid although they are not fermented.  Some studies have shown though that acetic acid on it's own can lower blood sugar.  The reason why foods containing this are effective for  is that they slow down the action of the stomach which in turn slows the absorption of glucose into the blood.

Sourdough Bread contains lactic acid - a recipe can be found by clicking on the link. Yoghurt and Buttermilk also contain lactic acid.

Lactic acid doesn’t raise blood glucose levels the way lactose and other sugars do so if you are counting carbs you don’t need to count all the carbohydrates in this product. 1 gram of carbohydrate can be subtracted for every ounce of sourdough bread. Normal white bread is too high on the Glycaemic Index for most diabetics so Sourdough Bread could be an acceptable substitute.

IS THERE ANYTHING ELSE I CAN TAKE TO HELP LOWER BLOOD GLUCOSE LEVELS?

There has also been much interest in the effect of spices on blood glugose levels and insulin production . In studies on lab rats several common herbs and spices have been shown to increase insulin metabolism.

Bay leaves, Turmeric, Cloves and Cinnamon are some of the spices used in the studies. Cinnamon extract was also found to speed up the use of glucose and the conversion of glycogen in animal studies.

Sadly the same effect hasn't been shown in human studies but if you like your food spicy then it can do no harm to use these herbs and spices.

Cherries - contain red-pigmented antioxidants, which can help raise your body's insulin output. Cherries are high in soluble fibre and low in calories.

A Chromium Polynicotinate supplement will help as this has been found to reduce blood glucose levels.

CAN I STOP MY MEDICATION?

This would not be recommended. As recent studies have shown that Apple Cider Vinegar only reduces blood glucose levels by around 6 per cent it wouldn't be wise to completely stop any medication. Sourdough Bread compares to white bread quite impressively on the Glycaemic Index with a score of 68. Normal bread scores 100 (the highest on the index). I think these can be considered more as an aid to lowering blood glucose levels than a cure for Diabetes.The best case scenario would be a lowering of your current dosage of medication. 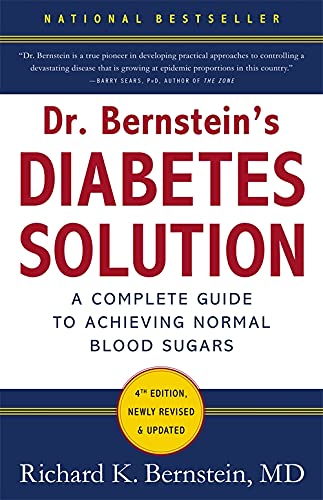 Would you give a remedy like this a try?