Causes of Fever during Pregnancy

Trained in dentistry, Sree is currently studying lab sciences. She enjoys researching various health topics and writing about her findings.

It is not normal to experience chills or fever while you are pregnant. If you are experiencing fever symptoms, then you may have a health problem or illness that is unrelated to your pregnancy. When you are pregnant, your immune system is suppressed and you are more susceptible to various diseases. However, some serious conditions related to pregnancy can also cause fever symptoms. Consult this short guide to learn more about the conditions and illnesses that can cause fever during pregnancy. It is important that you know about these conditions and illnesses so that you can call your doctor before they become worse and harm your unborn baby.

Influenza or flu is one of the most common causes of fever during pregnancy. Some of the common symptoms of influenza are vomiting, nausea, coughing, achiness, chills, and fever. Pregnant women are more susceptible to influenza because of their suppressed immune systems. It can be difficult to tell early on if you have influenza or a common cold. Just remember that influenza symptoms appear more quickly and are much more severe than the symptoms of a common cold. If you believe that you have influenza, visit your doctor as soon as possible. You will need to rest and drink plenty of fluids. Your doctor may also require you to take an antiviral medication that will prevent serious complications and reduce the symptoms. Even if you don’t have influenza, you should get a flu shot to prevent getting influenza while pregnant.

Are you facing fever during pregnancy

The common cold, also known as upper respiratory infection, can also cause fever symptoms while pregnant. The common cold is caused by a viral infection in the upper respiratory tract (larynx, pharynx, nasal passages, and sinuses). Some of the symptoms of the common cold are difficulty breathing, cough, sore throat, and runny nose. These symptoms usually last for 3 to 14 days. You can easily treat a common cold at home. However, if you are still sick after two weeks, then you may be suffering from a more serious infection such as pneumonia, strep throat, bronchitis, and sinusitis. These serious infections can harm your health and baby, so call your doctor if your symptoms do not disappear after two weeks. 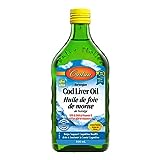 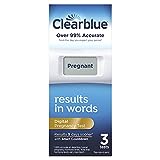 The vomiting and diarrhea caused by the gastrointestinal virus can cause dehydration in pregnant women. Dehydration can cause preterm labor and contractions during pregnancy, which can be dangerous to a pregnant woman and her baby. The gastrointestinal virus can also cause fainting, weakness, dizziness, hypotension,and electrolyte imbalance. Most cases of gastrointestinal viruses will go away on their own, but you can reduce the symptoms by drinking plenty of water and Gatorade. A healthy diet of applesauce, toast, rice, and bananas can also help treat the symptoms of gastrointestinal virus. You should call a doctor immediately if you are unable to keep liquids down, vomiting blood, have signs of dehydration (e.g. dizziness, excessive thirst, dry mouth, little or no urine), have blood in bowel movements, or have a fever that is above 101 degrees Fahrenheit.

Chorioamnionitis is one of the more serious causes of fever during pregnancy. It is caused by a bacterial infection of the membranesurrounding the fetus (chorion and amnion). Some of the symptoms of this infection are high fever, chills, unusual vaginal discharge, tender uterus, rapid heartbeat, and sweating. If you have chorioamnionitis, you will need to take antibiotics and your doctor will have to deliver your baby. After the delivery, the baby will also be checked for the bacterial infection and get treated with antibiotics. If this bacterial infection is left untreated and becomes severe, it may spread to the abdomen and pelvic region. Severe chorioamnionitis may also cause blood clots and endometritis, and the baby could have complications such as respiratory problems, meningitis, and sepsis. Contact your doctor immediately if you believe that your high fever is caused by chorioamnionitis.

Listeriosis, also known as listeria, is an infection caused by the consumption of contaminated water or food. Listeria is also a serious cause of fever during pregnancy. Pregnant women are more prone to listeria because of their suppressed immune systems. Some of the early symptoms of listeria include fever, diarrhea, nausea, and muscle aches. According to experts, these symptoms may appear after a few days or up to two months after the consumption of contaminated food. If the infection spreads to your nervous system, it can cause loss of balance, convulsions, confusion, stiff neck, and headaches. The infection usually does not spread to the unborn baby of pregnant mothers. However, if listeria is left untreated, it can result in premature delivery, miscarriage, stillbirth, or serious infections in newborn babies. Listeria can be prevented by taking antibiotics and reheating food until steaming hot. You should also try to avoid eating smoked seafood and soft cheeses such as feta or brie.

If you have one of these conditions or illnesses, it is best to consult your doctor as soon as possible. Don’t worry because common illnesses such as influenza, common cold, urinary tract infection, and gastrointestinal virus aretemporary and treatable. Just remember to get these common illnesses treated quickly before it becomes worse. If you are experiencing serious illnessessuch as chorioamnionitis and listeria, you should contact your doctor or ob-gyn (obstetrician-gynecologist) immediately.