What a Passive Aggressive Person Does

Passive aggression is used by most of us as a way to avoid conflict in situations where we don't feel we can directly confront the other person. When people behave passive aggressively in certain specific instances, it is not usually problematic. When people only behave using passive aggressive tactics and it is their way of being, it is destructive to relationships and to everyone who deals with them.

A passive aggressive person does not communicate their needs in a clear way. They withhold their true feelings, their ego is fragile, and they can’t take any criticism and they conceal their anger.

They pretend to be nice, but are really looking to get back at the other person without the other person being able to see their underlying anger. On the surface passive aggressive people may appear to be one of the nicest people you could ever know. Getting the approval of others is very important to these people pleasers.

For the victim of the passive aggressor, it is very frustrating to deal with them. Their stubborn behavior and lack of concern seem incongruent with their “niceness”. Many passive aggressive people are negative types. They view situations from a worst standpoint, are envious of other’s success, and secretly bitter towards others because of the anger they harbor and have no place to release it.

Passive aggression involves using `sarcasm and many other subtle techniques that allow them to avoid confrontational situations and to get out of doing tasks they would rather not do, but are afraid to say no. They will more than likely avoid responsibility for tasks they are asked to do. They are usually procrastinators or forgetful about doing the chore.

They may create a sense of chaos so they get help and manipulate the other person to do the task for them. The passive aggressive person can make the people they are dealing with feel crazy.

Passive aggressive people try to make outside factors the cause of their unhappiness instead of accepting and dealing with their own feelings. They look for ways to blame others in order to deflect away from their own emotions that are caused from their own actions. They hide their resentment towards those who try to give them advice. They will often spitefully not do it the others person’s way, even if the suggestions are a better option.

Passive aggressive people have learned this behavior in order to keep peace at home, and at work, to avoid conflicts. It is an adoptive behavior that comes out in the form of helplessness, where they purposely hold back from doing what is asked of them, or not doing it well to protect themselves from what they perceive as being unreasonable demands from an authority figure. Since these people have learned that showing anger is socially unacceptable, they are showing everyone else that they look good.

A passive aggressive person is trying to keep their own self respect and to conform to what they believe society wants. The look to avoid arguments or having to show their anger, and to avoid mistakes. Yet they are attempting to feel independent and not to conform to what is expected of them while trying to not deal with their real emotions of anger that lie beneath the surface.

Passive aggressive behavior is a vestige from long ago in their childhood dealings with their parents. They had angry feelings, and with no healthy way to express their emotions and feelings of powerlessness , they devise a means to compensate for what they are not allowed to express. Their behavior becomes dysfunctional, yet looks normal to the casual observer. Very often this behavior is unconsciously done, as a result of the family dynamics.

Passive Aggression and the Child

When a child is powerless to deal with the demands of their parents, or taught to shut off their feelings, they have no healthy outlet for their anger, and learn to resent anyone they deem as an authority figure.

Some people who developed these passive aggressive tendencies grew up in families where they were made overly responsible for taking care of other siblings, or additional demands that they viewed as unmanageable.

This could cause resentment toward the parents, combined with an inability to defy them. With no direct outlet for the anger, this emotion must release itself in another way, usually at other perceived authority figures. They feel angry, but show kindness, they say they will be compliant, but end up being defiant. They are afraid to assert themselves and do it backhandedly.

When a child’s needs are not met, they believe they are worthless and unimportant. Their self esteem is generally low. When their emotions are shut down or met with parental anger and the child learns to bottle up their feelings. Their feelings get stuck and carried into adulthood. They may be fearful to speak up and try to avoid rejection and keep themselves in the submissive role their parents placed them.

Feelings need to be expressed and by hiding feelings they come out in another way. Usually in the form of manipulation and lies. Children who have grown up in an environment that did not promote healthy expression of feelings turn into adults who resent their mates, bosses, and coworkers who they give attributes of being an authority figure, whether they really are or not. They overtly demonstrate docile behavior because that is what pleased their parents, but underneath this demeanor they are seething with anger.

The root of their behavior is learned in childhood. Many people who are passive aggressive grew up in homes where the parents were controlling, closed off, shut down their children’s feelings or cold in their adult relationships.

Some people grew up criticized by their parents and become hyper-sensitive to what other people say and end up blaming others for their problems. It is an attempt to circumvent the negative comments they received and avoid feeling the anxiety this provoked in us in our childhood.

Some people develop avoidant tendencies because as a child they needed to avoid conflict. It became a technique in order to minimize angry confrontations. Because their parents were unreliable in meeting their needs, they really don’t want to depend on them at all and so they withhold their true feelings. This leads to the psychological term, hostile dependency.

When children grow up not being able to depend on their parents, because they did not respond to their needs positively, as adults, these people are not comfortable being dependent on their partner. These unmet needs are carried into their close relationships.

These ambivalent feelings cause a person to feel uncomfortable in relationships of dependency. They often will give mixed messages that cause the partner to feel confused and even angry by this hostile dependent behavior.

In reality it is a deep seated emotional reaction to feelings the person is holding inside themselves. Often passive-aggressive people may seem like they have been victimized by others, when they actually have caused the issues.

In many cases they have manipulated a situation t have to have a reason to feel bitter, resentful, and rejected. This allows them to seek revenge and act out their hidden negative feelings. The root of these feelings usually stem from anger that is not expressed.

Passive aggression begins in childhood. The family dynamics, and acceptable ‘rules’ of expression affect how a child learns to deal with their emotions within themselves and with others. 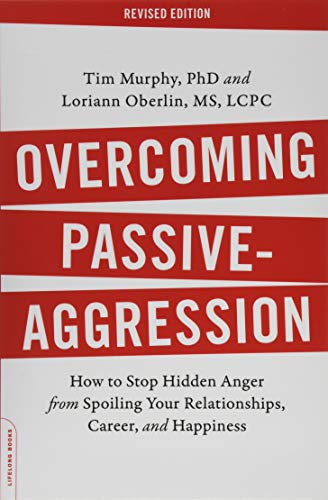 Some parents did not put much value on the basic needs and wants of the family and the idea of expressing their emotions become suppressed. Some children become anxious with the thought of expressing their needs because showing assertiveness was scary, punishable or ignored a child learns to keep their feelings inside.

Passivity results in order to please their caretakers. Children need to bond with their parents for security so they will do whatever it takes to conform to the adult’s needs in order to gain love and acceptance. The result is the giving up many basic wants and needs. Feeling criticized, rejected, and unheard will make a child just give up trying to express themselves.

These children grow into adults who don’t assert their needs, deprive themselves, or expect little or nothing. There are many psychological ramifications from this. Fundamental needs never really go away. Intrinsic and material items symbolize a child feeling important to their parent. These deprivations get pushed below the surface of our emotions, but still very much exist.

Anger is merely a symptom. Dealing with anger means understanding what generated it, and where it came from, to understand why the anger is there.

As the victims of the passive aggressive person begin to see the anger that lies beneath the surface, they are better able to the see how they are being manipulated. Knowledge is power.

Did you grow up in a home where: