I readily admit to being a dreamer. I fondly remember the day I heard Robert Kennedy repeat the words of George Bernard Shaw in a speech: “Some men see things as they are and say why…I dream things that never were and say why not.” I was dumbstruck by those words and for days afterwards I repeated them silently in my mind. Someone had finally put into words what I had felt for years, that man was meant to dream; that great things only happen when man dares to reach beyond the constraints imposed upon him by society and actually attempts to reach his potential.

The obstacles to make a dream reality are seemingly endless in number; there will always be obstacles and there will always be people who tell you that the obstacles are too great or that you are not being realistic and on and on we go. In fact, possibly our greatest obstacle in pursuit of a dream is our inner voice telling us that we are not capable of achieving, that we are not good enough or talented enough or whatever else we feel we are lacking.

For years I believed those people and I believed the inner voices. So many dreams fallen by the wayside of my life because I had been convinced by others or I had convinced myself that the dream was not possible or that I was incapable of achieving it.

Those days are gone!

I was a classroom teacher for eighteen years, first in high school and later on in middle school, and I loved every single moment that I spent with my students. Interacting with kids kept me young of mind and full of hope for the future. I’m sure my students would tell you that I constantly urged them on to chase their dreams, to not settle for the status quo but rather break down barriers and go for the pot of gold at the end of the rainbow. I am sure they would tell you that I had very little patience with half-effort, that it was a waste of talent and that life is too short to waste any talent that we have. I am sure they would tell you that I always told them that man was not put on this planet to waste opportunities and to settle for a glass half-full.

And yet I am guilty of doing exactly that!

Those days are gone!

Today I am chasing a dream!

My teaching career, although eighteen years in length, spanned three decades. I began in 1978, then took a ten year hiatus, taught middle school for twelve years, took a break, and then ended my career with two years in Oregon. Over that time I became more and more disenchanted with the education system and my concerns for that system became large enough to start me questioning whether I could continue teaching. Standardized Testing became the major objective; the need to raise the school’s testing scores was hammered into us at every staff meeting and less and less freedom was given to the teachers. What was once a job that allowed great freedoms and encouraged innovation in the classroom became a job for an accountant as greater time was spent each year pouring over past test results and determining what to teach based on those past test results. That is not education my friends but rather a controlled lab experiment using live students and teachers instead of lab rats. What I saw us producing was a new generation of great test-takers who were ill-prepared for life after the tests, and that is not why I became a teacher in the first place.

So I left teaching and yet my love for teaching will not go away. Thus, my dream was born.

My dream is to buy a farm with the love of my life and make that farm an educational farm teaching self-sufficiency and alternative energy use. During an idle time while teaching in Oregon I was doodling while looking out the window of my classroom. The doodling eventually became a sketch of the schoolyard as an outdoor classroom. You can see that original sketch on this page. From that sketch came the dream of an educational farm and that farm has become my focus for the future.

I have had people tell me that the dream is silly, that I am sixty-three years old and that is too old to be entertaining thoughts of building an outdoor classroom from scratch. It would have been very easy to listen to those words of advice/criticism and decide that the dream was in fact too lofty and unrealistic. I have chosen, instead, to believe that it is all possible and I will make this dream happen.

I am lucky enough to be in a loving relationship with a woman who is every bit as passionate about this dream as I am. She is the kindest, most compassionate and loving human being I have ever known and with her by my side we can accomplish miracles.

To order my Lifestyle Choices book on Kindle go to: 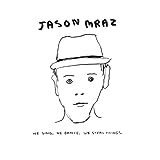