Coffee and Its Health Benefits

Millions of people drink coffee everyday. It is a favorite drink in the morning paired with our favorite meal or bread. Others love sipping their hot coffee while reading or watching the early morning news. While at work, some people get their needed energy and alertness by drinking coffee so they can also focus on their jobs. It is just right that we know what are its health benefits to the body. How about it's dangers to the body? Is it harmful to drink coffee for a long time? What are it's side-effects?

Moderate coffee drinking has good benefits to the body as studies have shown that coffee contains antioxidants. Its antioxidant content is even higher than green tea. Antioxidants are very useful to the body. It fights the damaging effects of oxygen in the body. Studies have also shown that coffee that comes from coffee bean contains polyphenols. Polyphenols help protect the cells of the body and body chemicals from being damaged. It also helps the body in slowing down the effects of aging.

This study showed that coffee offers some benefits to our health. However, we have to consider that moderate intake of coffee has to be considered. Too much coffee is also unhealthy. It may even increase the risk of heart disease in some people. As was published in the American Journal of Clinical Nutrition June 2005, researchers from the University of Athens found that coffee drinkers had more stiffness of the major blood vessel in the body than non-coffee drinkers. They suggested for people with high blood pressure or other risk factors for heart disease who drink more than 3 cups of coffee a day to cut down.

The American Heart Association suggests that moderate coffee drinking has to be observed. Having one to two cups per day - does not seem to be harmful. Therefore, moderation is the key.

If you want to put "healthy" in your coffee, then Cafe Avarle Black Healthy Coffee with Ganoderma & Cordyceps is good for you. Ganoderma has good health benefits to people with diabetes. We all know that insufficient insulin secretion is the mean reason for getting diabetes. This disease results to many health complications including death.

As we know, insufficient insulin secretion is the main cause of diabetes, and this results in some serious complications in the body. In order to improve the condition of diabetes patients, insulin injection is used as a treatment as it helps to lower the blood sugar level. Studies at the Medical Research Institute of Kinki University have shown that Ganoderma Lucidum has the same effect as insulin. Aside from this, it was found out that it can also make the pancreas of the patient regain its original function and it does not have side effects like when getting insulin injections.

Cordyceps, on the other hand, have antioxidant and anti-inflammatory properties. It helps boost the immune system of the body and helps fight off the cell-damaging elements of the body. Cordyceps are also known to have anti-aging, anti-tumor, anti-metastatic, hypoglycemic, antimicrobial, neuroprotective and renoprotective effects. 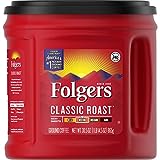