The thing about 21st century vampires is that they've learned to be much more subtle when they strike. With the advent of sophisticated CSI techniques, and with mass media awareness PSAs educating the people, bloodsuckers are much easier to detect. So, they've learned not to kill you and leave a body; now most of them drain only a very little of your blood and then just keep coming back for more. Some of these “metro-vampiricals” are quite skilled at keeping a surprising large “crop” in rotation.

Don’t be fooled, though: they’re still quite dangerous. The most skilled of them take a very small amount, so small you probably don't even notice, but cumulatively these small amounts certainly can make a substantial difference. Over time, they can cost you your life.

Oh, modern vampires can be smooth, so smooth and slick! Their nickname “pinprickers” is misleading because you rarely feel the sharp jab of fangs, even if the fangs are not as small and finely pointed as a kitten’s. No, the same way a competent phlebotomist will roll and slide the needle into your arm to take medical samples, metro vamps will take your blood and leave their marks on you with you being barely aware of it happening, if at all. Many times, victims won’t know they’ve been bled until the next morning when they get into the shower, where they discover little red scars all over their bodies, like a bad case of measles. (Damn, stoopid, pain-in-the-neck vampires!)

Although many work alone, sometimes pinprickers congregate in groups, sort of surrounding their blood source either en masse or serially. (By the way, they’ve taken tricks from media spin doctors and no longer call their groups “covens”; now they call them “families” or “our crew.”) If you find yourself being put upon by such a group, you might want to stand up and start walking and get yourself in a healthier environment, ASAP.

If you find you just can’t leave them behind – like if they’re at your place of employment and it takes awhile to find a healthier job – there are a few ways to keep them at best under control and at least at bay.

To preoccupy any metro-vamps in your life: 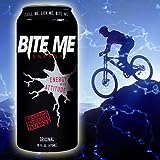 One thing you should NOT do is scold or lecture them. They love it when you do because it gives them a great opportunity to apply their hypnotic powers. While you’re focused on your thoughts and trying to guide them to more socially acceptable practices, they use their preternatural speed and stealth to secure another drop of blood from you. Get it into your head: they want your blood, not your advice. I mean that, and it is important. Get it into your head.

Be especially careful of the alleged “metro vamp in recovery.” Genuine and sincere members of VA (Vampires Anonymous) are fine (I have a VA friend who’s been “dry” for 17 years, and as far as I can tell, he’s an uplifting guy, a positive part of the universe), but there are many who only pretend to be in recovery. To tell the difference, the litmus test is what the vamp talks about. If he is always explaining his thirst and arguing why VA’s 12-step program doesn’t really work and coming up with all kinds of philosophies about his role in Nature or how Life is against him or how he’s an exception to the rule, he’s a fake. Maybe he knows it and maybe he doesn’t, but either way, he’s a fake, and you should be on your guard. Don’t waste your time arguing with him, encouraging him to do better, etc., because he’s a fake. On the other hand, if he talks about how he’s found a new affirmation that helps him, or asks you to explain how we “normies” handle certain life situations and why our methods work and explores with you how to make them work for him . . . well, he’s probably sincerely trying to get a handle on his vampirism. (Note: keep your ears open. Sometimes – and this will probably make you a little mad when you figure it out – some vamps will talk about their vampirism in a back-handed way so that on the surface they sound like they’re working on recovery but underneath they’re really just calling attention to their vampirism and trying to hypnotize you and (pun intended) suck you in. Sneaky S.O.B.s.)

Overall, the best general strategy that I recommend is "souring the milk" - make your blood a bit distasteful to them. In the old days they used garlic, but for today's "metro-vamps", usually all you have to do is let them know you're on to their game. It takes the fun out of it for them, like the difference between dining and refueling.

I find that one of the most effective and least complicated methods to do this is simply to draw attention to what they're doing. Just ask them, "Why are you doing this?" Sometimes you have to follow up with a, "What do you expect me to do about it?" If they try drawing you into a hypnotic “discussion” or argument, try, “Why are you telling me about this?” And for the persistent buggers, say something like, "We've talked about this before. Actually, more specifically, YOU'VE talked about this before, ad nauseum. I have other things to do." For the truly blood-addicted vampires, sometimes you have to tell them, "Look, Fang-Face! I don't want any part of this! Kiss off!"

Yes, I know this is kind of hard to do when you’re sort of stuck with the vamp (like a brother or sister) or are under his legitimate power (such as an employer.) And maybe you feel not just sympathetic buy also empathetic towards them because, after all, it is a disease, just like depression, alcohol or drug addiction, and a long list of various social dysfunctions carried too far. But you’re not going to help them recover by allowing yourself to be dragged down, nor will you help them (or yourself!) by enabling them to continue on their dark path. So, generally speaking, souring the milk usually works because vampires do not want to expend any more energy than they have to. Remember, they want to suck your blood instead of "growing their own." Make 'em work for it, and they'll find easier pastures. Or maybe they'll even evolve!

PS – Maybe some other day I’ll tell you what I know about handling demons, zombies, werewolves, monsters, and gremlins. As for witches . . . I’ve heard to get rid of them you may have to go as far as buying them a house and giving them half of your retirement savings . . .

Has this article been helpful enough to you to merit telling somebody else about it?