You feel his mouth close over yours as you both inhale, drawing each other deeper into this passionate kiss, until finally the taste of... wet cotton... is on your tongue, and you awaken to find your pillow in your mouth. Want to find a better way of living your fantasies? Recent scientific evidence suggests that lucid dreaming may be just what the doctor ordered.

What is Lucid Dreaming?

A lucid dream is a dream in which individuals are aware they are dreaming. As a result of this awareness, it becomes possible to control certain elements of one's dream, such as the characters, the setting, and one's actions. The concept was originally conceived by Dutch psychiatrist, Frederik van Eeden in his 1913 article "A Study of Dreams."

A lucid dream can begin either two ways. A dream-initiated lucid dream (DILD) begins as a normal dream, until the dreamer eventually realizes that he or she is dreaming. Often this is triggered by the dreamer noticing some impossible or unlikely occurrence in the dream, such as flying or sharing a meal with the deceased. Such experiences form the majority of lucid dreams. However, there are also a small percentage of wake-initiated lucid dreams (WILD), which occur when the dreamer goes from a normal waking state directly into a dream state with no lapse in consciousness.

According to The New York Times, scientists are still trying to determine the difference between a "normal" dreaming brain and a brain that is generating lucid dreams. However, the answer may lie in the brain's lateral prefrontal cortex. Scientists believe that during REM sleep, the activity level of this logic-oriented part of the brain begins to rise back to waking levels. This is essentially what enables sleepers to gain lucidity and the subsequent ability to control their dreams.

However, there are different levels of lucidity that affect how sleepers react. With high-level lucidity, one is aware that everything experienced in the dream is a mental occurrence; there is no real danger, and one is still in bed. On the other hand, with low-level lucidity, you're only partially aware you're dreaming. In short, although you may recognize that flight is usually impossible, you may not recognize that the people around you are not physically there, or you may fear social consequences and bodily harm.

* Decreased fear of death and the unknown

* Profound sense of knowing based upon direct experience rather than believing

Treatment for nightmares: It is obvious people who suffer from nightmares and night terrors would greatly benefit from the realization that they are dreaming. In 2006, Dr. Stephen LaBerge of Stanford and the Lucidity Institute, conducted a study that showed lucid dreaming successfully reduced nightmare frequency. The treatment involved exposing subjects to lucid dreaming and teaching them how to master the necessary techniques through a series of cognitive exercises, such as reality testing and the recognition of "dream signs," or indicators that one is dreaming:

* Action- The realization that the dreamer, another character, or a thing does something unusual or impossible in waking life.

* Context- The settings/situations of the dream are strange, and incorporate fictional elements.

* Form- The dreamer, another character, or an object changes shape, is oddly formed, or transforms. This also relates to the perspective in which a dream is viewed, such as the sensation of watching yourself while asleep.

* Awareness- Recognizing a peculiar thought, strong emotion, unusual sensation, or altered perception, like shaking your head and watching the scene disappear like an Etch-a-Sketch.

* Cohesion- The dreamer may teleport to another location in a dream, without any understandable reason.

Healing through Visualization: Medical patients have often used soothing and positive imagery to alleviate pain, and there is no more vivid spectrum of imagination that that which can be found in dreams. Therefore, some people have used lucid dreams to overcome grief, decrease social and sexual anxieties, achieve greater self-confidence, and direct one's physical imaging to facilitate healing. Some potential applications of lucid dreaming include the subconscious practice of physical skills by stroke and spinal cord injury patients to stimulate neuromuscular function, or more rapid recovery from injury or disease through visualization.

How Can You Experience Lucid Dreaming?

There are numerous ways in which dream lucidity can be stimulated:

* There are also a number of vitamins and prescription drugs that are said to enhance lucid dreaming. However, because this process actually relies very heavily on the placebo effect, be careful of taking something that drastically alters your sleep cycle of suppresses REM sleep.

* Keep a dream journal, as recording everything you remember signals your brain that you are serious about controlling your dreams!

* Studies strongly suggest that napping a few hours after waking in the morning is an optimal time to have a lucid dream.

* Establish a habit of reality checks and the recognition of dream signs.

* When recalling a dream upon waking, try not to move. Activating your muscle neurons can make it more difficult to access the parts of your brain that allow you to recall your dream.

* Do not drink any fluids for one hour prior to sleeping. The last thing you want is to wake up from successfully lucid dreaming just because you had to use the bathroom.

* Try pre-determining what you want to achieve in a lucid dream while you are still awake through meditation and visualization.

* Remember if you ask people in your dream, "Am I dreaming?," the most common response will be "No." 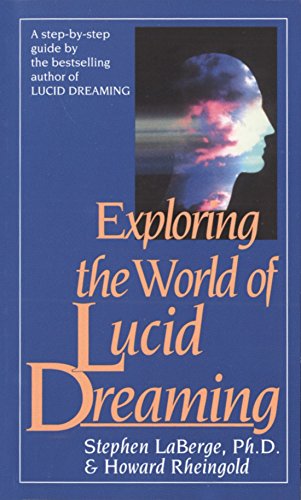