Broccoli Is Bad for Me? Questions, Answers, and Information about Coumadin (warfarin)

Many people are placed on Coumadin or warfarin. These are the same drugs. Warfarin is the generic name for Coumadin. Warfarin is a serious medication but can be used safely when monitored. Monitoring means having blood work done periodically to see if the amount of time that blood takes to clot is within a target range set by a doctor, watching diet, and taking the warfarin every day at the same time. Improvements in knowledge about what affects clotting times as well as improvements in testing the clotting times has helped warfarin users become increasingly safer throughout the years. According to Al Lodwick of The Warfarin Institute of America, only 1 out of 10 million warfarin prescriptions caused a patient to bleed to death.  These numbers show that Warfarin can be a safe drug when used properly.

Due to the safety concerns, many warfarin users have a number of questions. This site will be a list of questions and answers as well as referenced web sites. It will grow over time as new questions come up.

If you have a question about Coumadin/warfarin (or similar medications) that has not been answered on this page, please click on the "request a hub" button and add your question to the request.

Please consult your doctor before making any changes to your behaviors and diet in regards to Coumadin. I am not a doctor.

This concern comes up because green tea does affect warfarin levels. It seems that many types of tea have high vitamin K content. According to the USDA, standard, brewed tea has no vitamin K.1 PTINR also keeps a nutrition data base. It also lists black and green teas. Both types of tea are listed with a high vitamin K content. Black has 262 micrograms per 3.5 ounces of leaves and green has a whopping 1428 micrograms per 3.5 ounces of leaves.2Unfortunately, neither of these lists have provided data for white tea. Until the USDA provides information about white tea it seems that warfarin users should be cautious.

What can I eat?

Coumadin/warfarin works by interfering with vitamin K in your body. A good way to think about it is to compare this to insulin. For a diabetic, if you have more sugar you will need more insulin. Also, it is best for a diabetic to eat the same every day so that sugar and insulin levels remain relatively stable. People on warfarin need to do the same type of thing. You should eat the same amount of vitamin K every day. You should also have your INR tested if your vitamin K intake goes up or down. This would be if you become a vegetarian, stop being a vegetarian, are ill, or change your diet for another reason. There are some additional diet precautions such as avoiding cranberries. See the links for more detailed information.

The Coumadin Cookbook: A Guide to Healthy Meals when Taking Coumadin
Buy Now

The discovery of warfarin

I've heard bad things about Coumadin/warfarin. What are my alternatives?

Many people are afraid of warfarin. They have heard of people having serious bleeding problems or know about the rat poison story (warfarin was initially used as a rat poison before it was developed as a treatment). Some people want a "natural" alternative. Other people have friends or family on aspirin or Plavix and want to know why they have to be on warfarin.

To answer this question completely, one needs to start with the understanding of how warfarin works to prevent clotting. There are two systems at work in the body that control clotting. There are platelets and there is the thrombin system. Platelets are always in your blood. They are little pieces of stuff that can be stuck together to form a clot. The thrombin system is what helps to form the glue that allows the platelets to stick together to form a clot. Warfarin works on the thrombin system. This makes warfarin an anticoagulant as it affects coagulation, or, the sticking together, of blood. Warfarin is not a blood thinner. Aspirin and other drugs work on the platelets rather than the thrombin. Doctors decide whether to use a platelet type drug or a thrombin type drug based on the diagnosis. Platelets tend to act on clotting when they are under pressure. This occurs in arteries where blood is constantly pushed on by muscles in the artery walls. Thrombin tends to act on clotting in times when the blood is stationary. This happens mostly in veins where blood pools when the body is at rest.

As my focus in these pages is thrombophilia and thrombosis I will focus now on that type of diagnosis.

Clots tend to form in the legs or other parts of the body when they have not been moved around for a while. These clots form in the veins. When these clots are in the large veins this is known as Deep Vein Thrombosis or DVT. Air travel is often cited as a cause of thrombosis, also known as a blood clot. While on a plane, a person sits still without moving for long periods of time. Durring this time the blood pools. Above it was pointed out that the thrombin system can cause blood to stick together while it is stationary. This is the system at play with a blood clot after a plane ride. Another type of common venous clot is a Pulmonary Embolism or PE. PEs are very dangerous as they are located in the veins in the lungs and can prevent the body from being able to receive any oxygen. PEs also stress the heart. Venous clots can happen all over the body and for many resons. Some of these reasons are air travel, pregnancy, sitting stationary for long periods, surgery, or genetic conditions.

If a clot is a venous clot, doctors will recommend anticoagulation therapy. Aspirin and other drugs that affect platelets are not useful in these conditions. Anticoagulants include warfarin, Lovenox, and heparin.

The good news is that the statistic on the introduction to this page is accurate. very few people will die from warfarin. As it is an older drug, doctors have a great profile of what it does to the body and how it works. Sometimes with newer drugs it can be years until all of the problems with a drug are found.

Warfarin can have side effects.  A few will be mentioned here, but, for the full list please see the recommended links. Hair loss, osteoporosis, and bleeding are some of the common concerns with warfarin. It is recommended to journal any problems or possible side effects while on warfarin. If the side effects are severe, switching to another anticoagulant like Lovenox is an option. If a doctor recommends that you switch to aspirin after a venous clot, do some serious research and ask questions. Aspirin will affect platelets. Platelet based clots are typically only found in the arteries.

Now the question always comes up about "natural" alternatives. Personally, I want to know that a medication is well tested and reviewed when I am relying on it to keep me alive. DVTs and PEs can be fatal conditions. I compare this to a diabetic who decides to use a "natural" alternative to insulin. Some people might feel this is the best choice, but, to me there is too much risk.

The best "alternative medicine" to treat venous clots is activity and exercise. This is a good idea if you are on warfarin or not. It will keep your blood moving and therefore prevent clots. Exercise also makes your body healthier and stronger and that is always a good thing!

You will hear a lot about the protime test and INR test. The prothrombin or protime test used to be the test and numbers that were used to monitor warfarin.  The problem was that labs had a lot of variations in the protime results.  If a patient had blood work done at one lab and then in a lab in a different location the tests would be different.  A formula was devised to standardize the numbers.  This is known as the International Normalized Ration or INR.  INR is the current best practice for monitoring warfarin.  If you are receiving protimes, you are not getting the best care and monitoring that is available.  You need to be using INR.

INR can be determined by 2 different tests.  One test involved drawing a vial of blood from a vein.  The other test involves a finger prick similar to those used with blood sugar monitoring.  INR can even be determine now by home testing!  Once a patient has a stable INR, testing can be lowered to once every 4 weeks.  If medications are started or stopped or there are other lifestyle changes such as diet it is recommended to have an INR done to ensure that the warfarin levels are still therapeutic.

Is Coumadin better than generic warfarin?

Keeping in mind everything above, some people will find that their bodies handle the binders differently.  If all causes of INR fluctuations have been investigated it might be worth a shot to try another brand of warfarin.   Also, a very cautious patient may wish to have his/her INR checked a few days after changing brands. 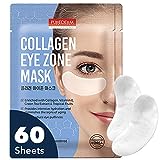 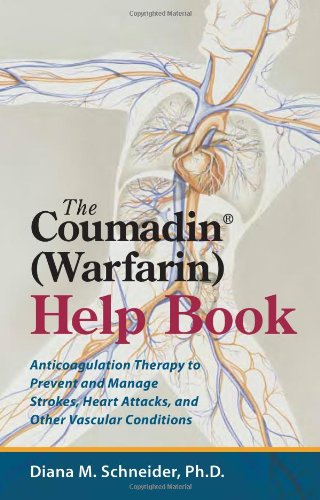 Tell me about nattokinase.

Nattokinase was briefly mentioned in one of the questions above. Due to the popularity of the topic, it seems that more information is needed. Nattokinase is an enzyme produced by fermenting soybeans. It has mild fibrinolytic activity. Mild is the key word. It also has a blood thinning effect. The blood thinning mechanism that nattokinase uses is NOT the same as warfarin. Read above or see my site on blood thinners for a more detailed explanation of the different types of blood thinning effects and systems. As of April 2007, no studies had been done with humans and blood clots using nattokinase1. There are a number of studies that have supported nattokinase as a possible agent2,3. These studies have been ex vito, or, outside of the body. They have not involved a person taking nattokinase. Other studies in animals has also been done. One of the studies demonstrated that dogs with pharmaceutically induced clotting benefited from nattokinase4. Unfortunately, this study has not looked at humans nor has it looked at clots due to clotting disorders. One of the few studies that was done in humans with nattokinase involved individuals taking a compound that included nattokinase prior to a flight. Unfortunately, due to the study design it is not known whether the nattokinse or one of the other compounds was responsible for the positive results5,6.

This research is not a closed door on nattokinase. The research shows some promise for nattokinase to be used in the future7. Pharmaceutical companies would love to identify how and why nattokinase seems to work. This could mean a new class of drugs and some additional dollars in their pockets. Until then, I recommend caution. Although nattokinase has 40 or so studies, little research is about its effect in humans. Also nattokinase is not without side effects; it can increase the risk of bleeding8.

If you would like to do further research about nattokinase, please see the evidence based medicine links at the bottom of the page.