Creatine vs Glutamine - What are they?

I'm sure that, if you're in the habit of going to the gym, you've heard about the supplements creatine and/or glutamine.

And I don't blame you one bit for asking a lot of questions. It's your body, so it's best to do some research on what you're putting into it. I'd like to help uncover some of the mystery for you.

I know when I was first looking into the world of supplements, I didn't have any idea what creatine and glutamine were. I just knew I wanted to make greater strength gains in the gym and heard of these supplements as being possible ways to achieve such gains.

Supplementing with both creatine and glutamine can be beneficial, but if you had to choose between the two, which would you choose? Let's get started and find out what they really are. 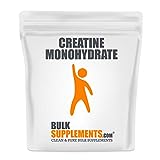 Creatine is a nitrogenous organic acid that is naturally created in any animal with a backbone. It's synthesized mainly in the liver, and also in the kidney and pancreas, from 3 amino acids (arginine, glycine and methionine).

About 95% of creatine is stored in our muscle and the rest is stored in the heart, brain & testes (if you have them). About 1/3 of the creatine in your body is just plain old creatine, the rest is creatine bound to a phosphate molecule (phosphocreatine).

That's nice and all, but what does it do?

Well, it helps supply energy to muscle cells. It does this by interacting with something called ATP (adenosine triphosphate).

ATP is the first thing your muscles go after for energy when they contract and it's needed for protein production. What it will do is release a phosphate molecule for energy and then in turn it becomes ADP (adenosine diphosphate). The problem is that energy only lasts like 10 seconds and then your muscles need more ATP.

And guess what that does?

It makes it ATP again! So by using creatine, you increase the amount of ATP available as energy for your muscles by making ADP useful again. It's almost a sort of recycling.

Does that help any? I know I know, it's a lot of big words, but I hope that gives you a slight idea as to what creatine is and does. Let's move on to glutamine. 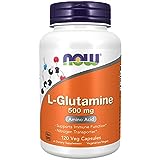 Glutamine (L-Glutamine) is 1 out of the 20 amino acids used to form our genetic code. Amino acids are what protein is built out of. It may be one of twenty but it plays a part in cell support and muscle metabolism that's not shared by any of the other amino acids.

Glutamine is the most abundant free amino acid in your muscle (over 61%) and brain; around half of your total amino acids are glutamine. It's usually called a "non-essential" amino acid, but under stressful conditions your body may need more glutamine than your body can produce. This, in my mind, would make it essential for such conditions.

What does glutamine do?

Glutamine is 19% nitrogen and is the primary "donor" of nitrogen to your muscles. Ammonia (a nitrogen compound) is absorbed into organic compounds by turning glumatic acid into glutamine. So glutamine can be used as a source of nitrogen, as other compounds are synthesized and as it's formed itself.

Whew, got the boring part out of the way. Who wants to learn right? Kidding, kidding. Take a breather and then let's move on to talk about some possible sources of creatine and glutamine.

Which Seems More Beneficial To You?