The Advance of Nursing as a Profession

Nursing as a discipline has taken on increased importance and respect since the 1980s in America. Controlled research studies have become a larger focus within the overall discipline and advanced training has increased the number of ranks within the field of nursing itself, from volunteer candy striper (red and white striped uniform), to nurse practitioner and PhD nursing research professor.

The discoveries made in nursing research have advanced the cause of improved healthcare in America while driving down related costs, especially with effective services provided in freestanding nurse practitioner practices and even some of the drug store and grocery store mini-clinics spreading through our cities. Chains like Kroger, Walgreen's, CVS and others often provide a Little Clinic or other walk-in venue staffed by a nurse practitioner.

In Ohio from the 1980s to the 2000s, a political and physician's (few) lobby worked against the legislation to permit nurse practioners from practicing in Ohio. The legislation was passed, to the good of the health of the state. 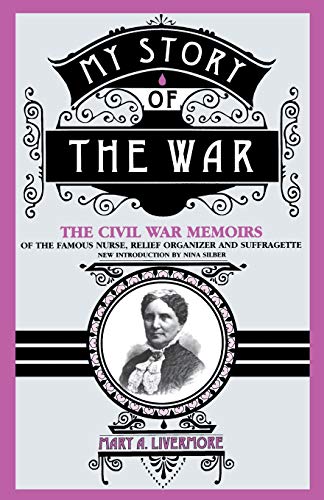 My Story Of The War: The Civil War Memoirs Of The Famous Nurse, Relief Organizer, And Suffragette
This determined woman, Mary A. Livermore (1820–1905), was an editor, lecturer, and staunch abolitionist on the side of the Union. She left her family and volunteered in the United States Sanitary Commission during the war, working up to a position of leadership while treating wounded and sick soldiers.
Buy Now

Under the supervisory umbrella of the National Institutes of Health, the NINR was established in the 1980s, when nursing began to acquire additional responsibilities as a profession, including meaningful research projects.

US Public Law 99-158 is the Health Research Extension Act of 1985. It became law in 1985 to authorize the National Center for Nursing Research (NCNR) at NIH, among other features.

Public Law 103-43 is the NIH Revitalization Act of 1993, passed into lay on June 10. It made the NCNR into an NIH Institute, a higher level of status and responsibility. The American ­DHHS Secretary signed the Federal Register notice establishing the National Institute of Nursing Research on June 14, 1993.

Public Health has been important to American since its foundation, especially in services provided to and required by veterans of the American Revolution and the American Civil War. Nurses like Clara Barton and Florence Nightengale were instrumental in these services.

The US Federal Government became activly involved with public health and nursing research in 1946. A Division of Nursing was founded in the Office of the US Surgeon General, Public Health Service.

By 1960, public health nursing services were consolidated into the Division of Nursing, now named Health Resources and Services Administration (HRSA). This Federal agency governs clinical training in the healthcare professions. Beginning in the 1960s, colleges and universities began pre- and post-doctoral fellowship programs for independent nurse investigators. Research was catalogues and shared countrywide.

By the late 2000s, nursing research had gained recognition, acceptance, and funding of greater magnitudes.

The Nurse that Found a Preventative for Paralysis

Sister Kenny
In the first half of the 20th century, Nurse Kenny researched polio and found a way to prevent paralysis, even after children contracted the disease. She was and is a hero of medicine.
Buy Now