Kate Swanson is a severe asthmatic but is lucky enough to have access to a world-class asthma clinic, the Woolcock Institute in Sydney

If you have asthma, there's a very high likelihood that you have allergic asthma. You may not think so, but that's only because allergic reactions in asthma aren't always extreme. The reality is that allergies trigger asthma attacks in 60-90% of children and in 50% of adults. So you may well find that if you investigate possible allergies, you could dramatically reduce the frequency and severity of your asthma.

Allergies are more difficult to identify than you might think. Firstly, it's very common to have a delayed reaction to a trigger - so by the time you start wheezing, the thing that caused it is long gone (mold allergy is a good example). Secondly, your allergy may be very mild - but if the allergen is something you're constantly exposed to (like dust mites or pollen), it will get slowly worse over time.

So the first step to achieving allergy relief is to work out what your triggers are. The most effective way to identify allergens is to have allergy testing, which will identify things you are allergic to touching or breathing in. Make sure you use a reputable company: there are a number of dubious practitioners out there.

Your Skin Is Not Your Stomach!

If you go to an allergy clinic and they start doing skin tests for food allergies, cancel the appointment and walk out immediately – it’s impossible to identify food allergies by skin tests!

The skin on your body reacts totally differently to the stomach. Foods which cause a strong reaction on the skin may have no effect inside your body, and vice versa. The only way to reliably identify food allergies is to follow a proper elimination diet (see the Food Allergy section below).

If you can't afford or can't get to an allergy clinic, you can try a two-pronged attack.

1. Keep a diary, noting what you're exposed to (animals, materials, food) and how you're feeling;

2. Avoid as many of the common allergens as you can - which are listed below:

The commonest allergy for asthmatics is the dust mite. It's almost impossible to avoid, because they live everywhere there is fabric. So get rid of soft furnishings wherever you can: have wood, cork or tile floors instead of carpets, blinds instead of curtains, latex pillows instead of feather.

Many vacuum cleaners retain only coarse dust, and blow the fine stuff out of their exhaust - along with the dust mites! If you (or anyone else) sneezes while you're vacuuming, your vacuum cleaner isn't doing its job. Buy a HEPA filter vacuum cleaner instead.

A new aid in the fight against dust mites is the steam mop - the high temperature steam kills them stone dead! Look for a model that you can use on mattresses and carpets as well as hard floors.

Finally, dust starts accumulating again as soon as you've finished vacuuming, but an air purifier will help keep things under control until your next clean. 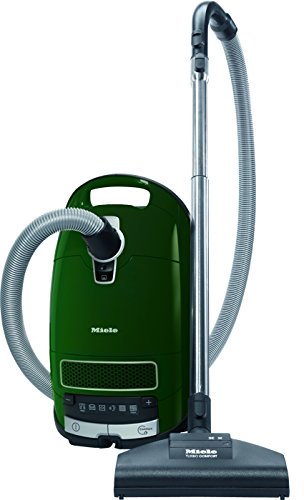 my-handy-design 1 Tempered Glass Screen Protector, Green
I love my Miele vacuum cleaner. It's easy for me to tell whether a vacuum cleaner filters properly - I start to sneeze. It was such a relief when I bought my Miele and was able to vacuum the floor myself, instead of having to leave the house while my husband did it!
Buy Now

Another very common allergen is pets. If you have a much-loved family pet, chances are you're in denial about this one! My sister was adamant for years that her cat had nothing to do with her asthma. Whenever she went on holiday (without the cat), her asthma improved - but she put that down to the lack of stress. It was only when the cat died - and her asthma improved and kept on improving! - that she had to admit the cat had been the cause all along.

If giving away the family pet will cause too much heartache, you need to shampoo him/her thoroughly at least once a week. Keep the pet outdoors as much as possible, so their hair and dander doesn't pollute the house. And make sure you have the best vacuum money can buy - and use it often!

The pet should never be allowed into the asthmatic's bedroom, because the result can be frightening. Once when I was visiting a friend, her cat was sleeping under my bed when I retired for the night. The result was that about two in the morning, I had to be rushed to hospital. Don't take that chance with your children!

The third common allergy is feathers. For some people, a few hours sleeping on a feather pillow could be life-threatening! Feather duvets and pillows are best banned from your house - even if your asthmatic is not allergic to feathers, they can harbour dust mites.

Don't be fooled by manufacturers claiming their mattress and pillow covers are "featherproof", so no feather and down can escape to cause problems. That may be true for the first few months, but I have never yet found a feather pillow or quilt that was still featherproof after a year or so.

If you're staying with friends or in a hotel, check in advance that they have polyester or latex pillows, or take your own. 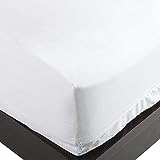 National Allergy Premium 100% Cotton Zippered Mattress Protector - Queen Size - 9-inch Deep - White - Breathable 300 Thread Count Hypoallergenic Cover - Advanced Encasement
You need a dustmite-proof cover for your mattress, because it is usually the biggest source of dust mites in the house. I resisted buying a mattress cover for ages because they all had a nasty plastic feel, but I finally found this Allersoft one which is cotton.
Buy Now

Though it's very fashionable to talk about food allergies and intolerances, the fact is that they are still unlikely to be the cause of asthma. Only a minority of asthmatics are allergic to strawberries, peanuts, milk or seafood. The vast majority of allergens that affect asthmatics are things that are breathed in, not things that are eaten, so don't go denying yourself nutritious foods unnecessarily.

Unfortunately there are many people and companies making a lot of money out of food allergy testing backed up by science that's not proved. So how do you find out what you're allergic to?

The good news is that one of the most accurate food allergy tests - the one used by respected allergy specialists - is one you can do at home, so it doesn't need to cost you a cent! Although it does take planning, patience and commitment.

No, the Elimination Diet isn't a laxative - it's a diet that eliminates all the foods you might be allergic to, then re-introduces them gradually so you can pinpoint precisely what you're sensitive to.

The Elimination Diet often relies on the patient keeping a diary, documenting how he feels after eating the food - but an anxious patient who's expecting to feel sick can start imagining symptoms, so results can be wildly inaccurate. For instance, several scientific studies have tested people who believe milk makes them more congested, by giving them a drink they think contains milk. Sure enough, they feel congested - but the drink doesn't contain any milk, so it's all in their mind!

Luckily, we asthma sufferers don't have to rely on subjective impressions. Instead, we can use an impartial and accurate measuring device - the Peak Flow Meter.

How to Get Impartial Results - the Peak Flow Meter

When you blow into a peak flow meter, the readout tells you how freely you're breathing. If your airways are clogged even slightly, the readout will be lower (the worse the congestion, the lower the reading).

And that's why they're ideal for the Elimination Diet - because after eating a food, a quick puff into your peak flow meter will tell you if you're still breathing normally. if you're allergic to the food, the peak flow meter will detect the slightest reaction of your airways, long before you start wheezing audibly.

Your first step is to stop eating all the foods you may be allergic to, for at least two weeks and preferably four (that's because the longer you stay away from an allergen, the more noticeable your reaction will be when you eat it again). The video below goes into detail as to what you can and can't eat.

If you really don't feel you can stick to such a restricted diet and you're already fairly sure specific foods may be causing problems, you can create a simpler diet by simply cutting out the foods or ingredients you already suspect. Just ask yourself, though, what you're basing your suspicions on - after all, how often do you eat that one food completely on its own?

Once you've been on your diet for the required length of time, you can re-introduce other foods again. Do this gradually, one food each day, so you can gauge your reaction to each item individually. So, for instance, on the day you re-introduce wheat, you might make yourself a sandwich with chicken and vegetables from your allowed list, and a wheaten bread. Or you might have some pasta.

Take your peak flow before you eat. Check it again 30 minutes after the meal, and again at 1 hour. If you have an allergic reaction, your peak flow reading will drop, and it will usually show up at around the 30 minute mark. After an hour, the food has already progressed through your digestive system enough that it's not going to produce a reaction.

Note: if you feel off colour or have other (non-asthmatic) symptoms within the following 24 hours, you may have an intolerance to that food - which is not the same as an allergy, and won't affect your asthma. Food intolerances are usually not serious but will affect your overall sense of well-being. That's why we suggest adding only one food every 24 hours.

Obviously, if you're introducing only one food a day, it's going to be a while before you're eating normally again. That's why I said this diet needs patience and commitment!

You may find, after all that effort, that you're not allergic to many foods at all. I discovered that I was allergic to - nothing! That's not unusual, as the most common allergies for asthmatics are the ones we breathe in, not the ones we eat. And I'm allergic to so many of those, it's lucky I don't have to worry about food as well!