What is the Visual Field?

Visual field refers to the total range of what you can see, including the full range of your horizontal and vertical peripheral vision, while your eyes are fixed on a single point.

A number of disorders affecting the eyes, optic nerve or brain can cause loss of vision within the visual field, including glaucoma, diabetes and neurological disorders such as multiple sclerosis. Vision loss may also be caused by a stroke or brain tumor, as well as injury or trauma to the head or eyes.

Visual field loss, which can range from distortion within a small area to a total loss of peripheral vision, can have such a gradual onset that it may not be noticable at first. Signs of diminishing peripheral vision include bumping into things while walking or turning, being startled by things that approach from the sides, or just failing to see things out of the corner of your eye. Problems such as losing your place while reading, on the other hand, may indicate a developing issue in the central area of the visual field.[1]

A number of methods exist for testing the visual field. These tests are designed to reveal areas of vision loss or distortion, the location and type of which can often indicate where along the visual pathway the problem lies.

Some simple screening tests can be performed by a general practitioner or family doctor. These tests are not very exact, but are a good way to quickly determine if more exhaustive testing is required:

If these tests indicate that more detailed testing is required, that testing will be performed by an optometrist, ophthalmologist or neurologist. The goal is to pinpoint more precisely the areas where visual loss has occurred, and to measure the sensitivity of those areas by using stimuli of varying intensity. A patient may not have lost all vision in an area, but may be unable to see lights in that portion of the visual field until they reach a certain level of brightness, for example.[5]

The most common type of advanced visual field testing is automated static perimetry testing, usually performed with a Humphrey Visual Field Analyzer (seen in use in the video to the right). This is a computerized test in which the patient looks into a bowl-shaped container covering the entire visual field. Lights of varying intensity appear on the inner surface of the bowl, and the patient presses a button when he sees a light flash. A computer compares the patient's responses with the timing and positioning of the lights to determine which lights the patient was unable to see. The computer usually also monitors the patient's eyes to make sure they were looking straight ahead throughout the test.[3] 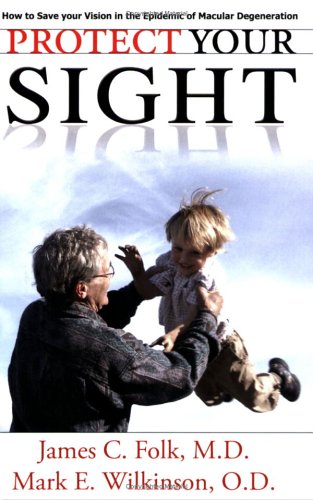 Protect Your Sight: How to Save Your Vision in the Epidemic of Age-Related Macular Degeneration
Buy Now

Automated perimetry testing is extremely sensitive, but the accuracy of the results can be affected by a number of factors. Results will be unreliable if the patient doesn't fully understand what is expected of him, for example. This can be a problem with children, people with cognitive issues, or if a language barrier is present.

Fatigue is also an issue. If the patient is tired, he may be unable to maintain the necessary concentration throughout the test. Patients prone to fatigue due to age or illness may have trouble completing the test. Other factors such as the size of the patient's pupils and even the patient's own eyeglasses can also affect the results.[2] For these reasons, a doctor will sometimes choose to repeat the testing within a short period of time. The test may also be repeated periodically to monitor progression of any underlying condition.