Aromatherapy is the therapeutic application of essential oils to achieve certain effects such as relaxation and a sense of improved wellbeing. Essential oils are highly concentrated, complex chemicals found in certain plants and extracted by simple processes. They are thought to have effects on both mind and body. For example, some are believed to stimulate or relax the senses, others to affect digestion, breathing or circulation. These effects have been noted and used for thousands of years in religious rituals, perfuming and healing.

In the western world, the medicinal use of essential oils has long been superseded, in modern medical practice, by scientifically developed drugs. Although some medical practitioners do refer patients for aromatherapy, it should not be seen as a substitute for orthodox medical treatment, but rather as just one of many complementary therapies.

Aromatherapy is rapidly increasing in popularity and is gradually finding favour alonside 'mainstream' medical treatment in hospitals, maternity units and general practice. Increasing numbers of medical practitioners are adding aromatherapy to their treatment repertoire. Aromatherapy is capable of being used as a form of treatment on people of all ages and states of health. It seems most useful for: 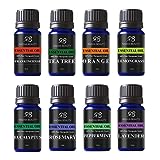 Methods of Application of Essential Oil 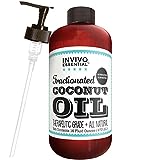 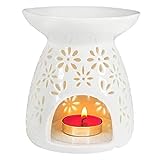 Aromatherapy is, above all, a practical activity. The aim is to alleviate sypmtoms. That involves choosing effective treatments, ie effective blends of essential oils and effective methods of application. That, in turn, involves the prediction of effectiveness.

Here are some predictions. Essential oils spread on the skin during massage are absorbed through the skin and enter the bloodstream. Certain essential oils, such as Rosemary and Marjoram, have an effect on blood pressure. Rosemary raises BP and Marjoram lowers it. And every respected text on Aromatherapy includes comprehensive lists of the predicted actions of dozens of essential oils.

As far as I know, there is no firm scientific evidence to support any of those predictions. Many of the treatments used in Aromatherapy have been developed from past or present practitioners' claimed results on one or more individual case-studies rather than from scientific tests on large numbers of people. Where is the scientific body of results which supports such comprehensive predictions?

In my view, we have to clearly distinguish between arguments about 'truth' and arguments about 'prediction'. If we do that we can see that nearly every one of the above objections to science is an objection to the idea that only science can say what is 'true'. They are not objection to claims of its predictive power and accuracy. There are important truths in art, religion, politics, history, philosophy and other fields of human endeavour, including Aromatherapy, in which predictive power is irrelevant or unimportant and about which science should and must remain silent. There is more to Aromatherapy than 'mere' prediction, and there are many aspects of Aromatherapy in which truth can and must be validated and justified by non-scientific standards.

However, since choosing effective treatments is an important aim of Aromatherapy, then its practitioners must seek the most accurate tools for prediction of treatment outcomes. And, in the thousands of years of mankind's existence, no method of prediction has worked better than science. So science is necessary - a necessary evil for some perhaps. Certainly there are reservations:

Aromatherapy massage is a popular method of application of essential oils. A good massage, while spreading the oils over the skin, is in itself a relaxing and stimulating experience which enhances the effects of the chosen blend of oils. Massage relaxes the mind and nervous system yet stimulates the circulatory and lymphatic systems, improving the supply of nutrients to the body tissues and aiding the removal of toxins and waste products from them.

During massage, the person's body remains fully covered apart from the head and face and the specific area which is being worked on. This keeps body temperature warm because it is easy to cool down, even in a warm room. Also it preserves dignity and privacy. Usually body cover is by means of towels, and these can be adjusted to uncover different areas during treatment and to re-cover the areas just completed.