Less than a hundred years ago when someone received the news he or she has diabetes, especially type 1 diabetes, it was considered a terminal illness. Before the 1920s, anyone diagnosed with diabetes in many cases unfortunately did not make it pass their 20th birthday until the discovery of insulin in 1921. The first human to receive an injection of purified insulin was a fourteen-year-old boy name Leonard Thompson. Thus making insulin the first of many devices for diabetics to use to control their blood sugar levels. It would take another 50 years before personal glucose monitoring devices would become available. Many more such devices for managing their glucose level will follow.

Before 1970s, diabetes had to perform a very demanding and time consuming daily routine to manage their glucose level because needles were very expensive and glucose meters were just beginning to be commercialized at that time. Typically, a diabetic person had to re-use their needles and syringes. Before they could do that; they had to boil the needles and syringes to re-sterilize them for the next injection. Also they had to re-sharpen the needles because they often became dull after several injections. Using dull needles was very painful if you had to take injections a couple times a day. Glucose testing was performed by dipping a strip sensitive to glucose in a cup of urine and waiting for the strip to change color and later compared the strip to a color chart to determine the amount of glucose in the urine. This test did not measure the glucose level in the blood, it measures the amount of glucose spilling in the urine through the kidneys and this test was not a very accurate one. If a diabetic person wanted a more accurate glucose measurement back during the 1970s, a trip to the doctor’s office was the only way to get it and the results sometimes did not come back until an hour or two later. As you can see managing your glucose back then was not an easy task because glucose levels were often unpredictable especially while trying to manage your diet and activity at the same time. Diabetics had limited control over their disease then. 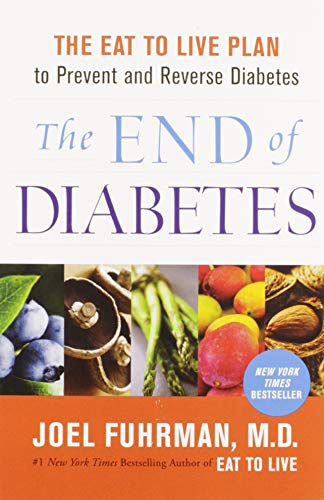 In the last forty years, the management of diabetes has improved tremendously and it has become a lot easier for diabetics to manage their blood glucose levels thanks to improvements in needles and the availability of numerous devices for diabetics. Diabetic management is not as time consuming as it use to be and now a typically diabetic can obtain very accurate glucose readings in seconds right in their homes without going to the doctor’s office. Today there are devices such as insulin pens, syringes with ultra-fine needles, and small pen size glucose meters available for diabetics, which make it possible for them to manage their diabetes away from home.

Obviously, the main way for diabetics to manage their glucose level is by injection of insulin into the body. Type 2 diabetics depend on this necessary routine of injections up to several times a day since they are unable to produce any insulin on their own. Thanks to current injection devices such as syringes with ultra fine needles and pens, injections are not as painful and unpleasant as it was in the past. Generally, a syringe is filled with insulin from a vial for injections, but now there are refillable pen-like injections devices and pre-filled disposable pens with short-acting insulin and pens with long-acting insulin. In some cases, pre-filled pens can be obtained with both types of insulin mixed in various ratios. Today, syringes are much more accurate and the needles are very fine to administer accurate amounts of insulin and with a lot less pain, respectively. Without this accuracy, a diabetic person would sometimes inject too much insulin and increase their risk of suffering from hypoglycemia or gradually gain weight over time if this is done frequently since insulin is also a growth hormone. On the other side, too little insulin injected leaves to complications from diabetes. Also these pens make it a lot easier for the elderly or some with poor eyesight to administer their own injections without significant injection errors. The biggest disadvantage of using the pens is their cost. They are more expensive than syringes.

The second most important advance in diabetes management next to the discovery of insulin in the last few decades has been the introduction of devices to monitor your glucose yourself, the glucose meter.This device has greatly improved the quality of life for type 2 diabetics. Today they are able to maintain their blood glucose levels in the normal range of 80 mg/dl to 120 mg/dl (before a meal for diabetics) for most of the time. In the early days of diabetes management, it was nearly impossible for diabetics to maintain their glucose levels in the normal range due to inaccurate measurements based on the glucose levels in the urine. Glucose meters have changed considerably in the last twenty years. The time required to analyze blood has drop from minutes to a few seconds. The amount of blood required for testing has dropped tremendously and the size of the glucose meters are now much smaller than previous ones. The display on them is much larger and the glucose meters are much easier to use. Some diabetics can also use continuous glucose monitoring devices to monitor their glucose levels but these are very expensive. Prices range from $400 to more than $2000 for startup cost since minor surgery is involved.

Insulin pumps have been available commercially since the 1970s. They are used to control glucose levels in type 2 diabetics primarily, since many of them have to take multiple injections daily. When the pump is used, a continuous infusion of short-acting insulin is used to control their glucose levels. This method does not work with long-acting insulin because this type of insulin has a slow response to sudden blood glucose level changes. These devices hold an insulin reservoir and the insulin is supply through a tube inserted under the skin of the diabetic person. The tube must be changed approximately every 3 days to reduce the risk of infections and if there is an expected complete blockage in tube, the diabetic person must resume injection by needle before things get out of control. However, there are several advantages of using the insulin pump over multiple injections. The first advantage is that the insulin pump is more precise when administering doses. This precision improves diabetes management for type 2 diabetics. Secondly, insulin pumps are programmable. They can be program to adjust dosing amount base on the level of activity a diabetics person may be experiencing at that moment. Unfortunately, to become a candidate for an insulin pump a diabetic must be willing to put up with the constant maintenance and technical challenges involved in using the pump.

Diabetes management has improved many times over since the discovery of insulin and the invention of the glucose meter and insulin pump. These technologies have extended the life of many diabetics to that of the general population. Today they are able to live long and productive lives because of these innovations that started with the discovery of insulin in the 1920s.

Join HubPages, where you can write about the things you know and love—and even earn money! Click on the link in my profile page to join.Its free.