Diary Of An Oxymoron : How I Became a Sober Alcoholic

My name is Lisa and I AM AN ALCOHOLIC. As of today, I've been sober for one full year. Sober-Alcoholic, it sounds like an oxymoron but it is an accurate title. Accurate because I know that being sober for one day or even one year doesn't change the fact that I am still an alcoholic. It is a milestone for me, one year, but this is still just one more day of the journey where my goal is to be sober " one day at the time".

I must admit that there are days that I doubt my ability to move forward. I get frustrated, stressed and just want to escape. The only difference now is that instead of drowning the feelngs in drink. I purge. I know, sounds disgusting but it has worked for me so far. See, I realize that all my problems and worries waited for me to sober up. They are surprisingly patient and wouldn't go away until I dealt with them (How Rude!). So I write. I have faithfully written in my journal for the last year and in it I completely purge everything I think and feel. Writing has given me the missing element I think I needed. I've tried quitting in the past but could never last more than a month. I believe it's because there was no outlet for me. Well, except alcohol of course. By writing, I found my means for expressing all the things that have always burdened me. It is my therapy. Putting my soul in a journal gives me perspective that I once lacked.Now I am in no way implying that my method will work for anybody else. Everyone must do what works for them. With that said, I think I will explain why I believe this has worked for me so far.

Why I Did It

As a child I always loved to write. You see, I've always been painfully shy. So shy in fact, I was and still am quiet, awkward, and uncomfortable with most people. The only way I was ever able to clearly and fully express myself was through writing. On paper, I was intelligent and well versed. In person, I seemed to be the complete opposite. Let's just say, I was never part of any crowd- let alone the "In Crowd". Writing was my source of self esteem. As I got older, I pretty much gave up writing because I felt it was a waste of time that offered no value to anyone else. That absence of a part of me, I think, broke me in a way. I felt so alone and invisible. I married young and had my two oldest kids by the age of twenty. So I wasn't alone but I felt isolated and inadequate. I just couldn't express myself to anyone. I lived that way for a very long time.

The years passed and my kids got older. Yet I still couldn't find a way to feel valuable or worthy. I began to drink a beer or two on occasion with my husband as a way to feel close and connected. Then the problem began soon after when a couple of beers now and then became too many and too often. On and on it went, anytime I wanted to feel "sociable" I automatically began drinking. I really, really hated that person but nfortnately I hated her sober too. I have tried to quit many times in the past but after a few days, weeks, or a month at most; I'd feel a need to escape and the drink was where I ran. 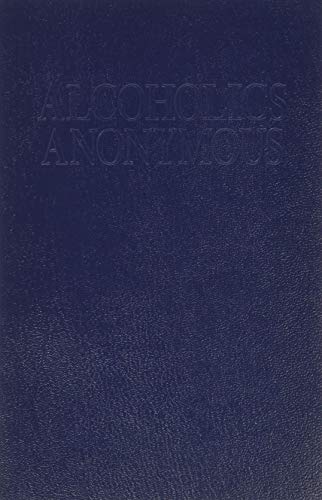 On January 15, 2012, I got drunk for the last time. I woke up the next morning feeling aweful like I'd done so many times before. But this time I looked in the mirror and I cried. I just couldn't do it anymore. I went to my room and began writing. I poured out my heart onto those pages. I wrote and wrote until I got it all out. At that moment I felt a kind of healing that I hadn't felt in a long time. Since then I write everyday. It may be one sentence or several pages but I do it. It has made all the difference.

I'll admit some days are harder than others but not as unbearable as before. I have learned to face my problems clear minded, lessen my worries through writing, and fully appreciate the love and beauty around me. And I can only do it SOBER.

Has writing ever given you something in your life that nothing else could?