Increasingly frequent medical advertising and a wealth of new anti-cholesterol drugs have caused a large portion of America to sit up and take notice of cholesterol as a health hazard.

People may like to have an easy way to measure their own cholesterol levels and find natural ways to reduce high levels of "bad" cholesterol, but are they doomed to taking pills?

American medicine may not be as advanced as that of Japan in self-measurement of cholesterol. People in the US visit a physician, nurse, or medical assistant to have cholesterol numbers int he blood checked.

Several years ago, Japan already maintained computerized airport kiosks that performed finger stick screenings for cholesterol levels. If results were out of line, then the individual could see his or her own practitioner soon for a more in-depth reading and perhaps some treatment.

One mistake some Americans seem to make is to believe that they can reduce all cholesterol and all fat out of their bodies.

This is improbable, because each fat cell in our bodies is surrounded by a wall of cholesterol and the membranes of other cells contain cholesterol as well. Thus, we need some body fat and cholesterol in order to be healthy and even to hold our cells together!

Cholesterol is waxy and similar to fat.We already know that cholesterol surrounds every human fat cell.

The US National Institutes of Health advise us that cholesterol also manufactures hormones, vitamin D, and digestive substances to keep us healthy.

LDL cholesterol in excess builds up as plague in blood vessels and leads to cardiovascular problems that sometimes result in death.

High cholesterol, or hypercholesterolemia, is a condition in which there are unhealthy high levels of cholesterol in the blood. Other designations for it are dyslipidemia, hyperlipidemia, and lipid disorder.

Does One's Cholesterol Level Need To Be Lower?

We cannot get rid of all fat or all cholesterol in the body, because we would die without them.

If you remember the film based on a true story. Lorenzo's Oil, the parents of a chronically ill child attempted to take all oils and fats away from him as treatment, but discovered that the answer to the chronic condition was to ADD a specific oil to the child's diet, bot to take oils away.

We can attack the cholesterol problem in a similar manner, with some help.

Ranges of healthy and unhealthy cholesterol levels are provided at the reputable Mayo Clinic website under Measurement. The Mayo Clinic has recently won nine separate awards for its high quality of healthcare service and is one of the most trustworthy sources of health and medical information in the world.

Treatment modalities have come under scrutiny in the USA concerning cholesterol. Some cases of "high " can be treated well through dietary changes and others via statin medications. Dietary supplements such as Red Yeast Rice (Hong Qu) showed that they contained statins as well, which could not only interfere with prescribed statin medications, but also cause unwanted side effects.

One of my acquaintances and his doctor discovered that adding moderate exercise and changing his diet worked better to lower LDL cholesterol than did either statin drugs or red yeast rice.

Another acquaintance had consistent low cholesterol readings no matter what he ate or did, all his life. It is best to find out what works in your own unique case, with fewest side effects.

The Mayo Clinic Diet: Eat well. Enjoy Life. Lose weight.
The Mayo Clinic publishes additional books that target diet and heath. Topics and titles include alternative medicine, home remedies, a diabetic diet that works, digestive health, a number of cookbooks (one in partnership with Williams-Sonoma), and several others.
Buy Now

The yeast contains monacolins that stop the production of cholesterol. On such monocolin, monacolin K or mevinolin is also called lovastatin or Mevacor®, made by Merck & Co., Inc.

Lovastatin originated on another red yeast species: Monascus ruber; and lovastatin-containing red yeast rice has been banned by the FDA since 2007, because lovastatin/Mevacor® requires a prescription in the USA.

How old is this red yeast rice as far as historical significance is concerned? We find its first mention during the Tang Dynasty of China (618-907 AD), specifically documented in 800 AD.

Later, in the 1400s, it was mentioned in a national pharmacy or healthcare document as a treatment for digestive and circulatory problems such as:

A dry red powder, the substance is found in capsules in health food stores and online, sometimes combined with CoQ10.

Tang Dynasty controlled an area roughly circling Beijing, Chengdu, Guangzhou and Shanghai from 618 - 907 AD; as well as additional land to the northwest. 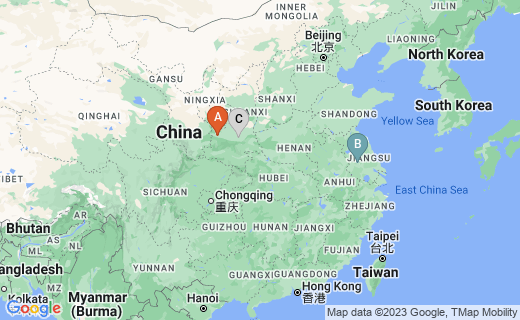 Side Effects Of Red Yeast Rice

Quite a list of possible side effects are reported. The following list is a compiolation from medical sites and large numbers of client testimonies:

Besides unwanted and even dangerous side effects, red yeast rice can cause side effect problems of greater magnitude when taken with the following additional drugs. Remember that new drug names can be added to any of these categories as medications are developed by manufacturers and approved by FDA.

Tell your healthcare practitioner if you are taking red yeast rice if you are to be prescribed any medications.

Additional Supplements That May be Effective

Cinnamon has not as yet solidly shown in scientific proofs that its ingestion can lower LDL cholesterol or blood sugars. Research continues on this supplement. It is also the subject of a dangerous teenagers' game in which youth attempt to swallow a full tablespoon of the spice, choke, and spew a cloud of orange dust (search YouTube). This game can cause permanent lung damage.

The Mayo Clinic has researched other dietary supplements and found some effectiveness in the following substances that have shown to produce mild side effects like bloating and gas:

This data should be used for informational purposes only, rather than as a substitute for medical evaluation. Consult with your own qualified healthcare practitioner before making decisions about therapies and preventatives.