Difference Between THC and CBD

The steady legalization of both recreational and medical cannabis may indicate a sea-change in the US perspective towards cannabis; unfortunately, a large number of Americans still only associate cannabis with the idea of being “high,” or “stoned”-- stereotypes of Cheech and Chong, couch potatoes, or fuzzy memories of college parties. The stigma attached to cannabis, however, neglects to include consideration of the non-psychoactive compound, CBD. As we’ll cover below, CBD has been linked to a plethora of health-building benefits, but awareness and confusion about this compound and the plant it comes from means millions are missing out.

Difference Between THC and CBD

What makes THC have psychoactive effects and CBD have none? It comes down to the understanding of how each works with our physiology. Both THC (tetrahydrocannabinol) and CBD (cannabidiol) are active compounds in cannabis known as cannabinoids.

Thus far, more than 85 cannabinoids have been identified in the cannabis plant, but CBD and THC are the most common, and the most well-known.

CBD, on the other hand, engages with the receptors indirectly, binding at a different site on the receptor, which is something scientists refer to as allosteric modulation. By attaching in this way, CBD doesn’t cause the euphoria like THC; even more, CBD reshapes the receptor, which weaken THC’s psychoactive effect.

How CBD Interacts with the Body

So while this may explain why CBD doesn’t get you high, it doesn’t explain how it can help the body.

For that, we look back to the CB1 and CB2 receptors.

Both are part of one of the largest systems in the body, the endocannabinoid system, which is responsible for maintaining human health, balancing numerous physiological processes, and regulating nerve and immune responses.

Aside from general cellular regulation, the activation of the CB1 and CB2 receptors has shown the potential to suppress pain and inflammation, which is one building block in CBD’s reputation for pain relief.

Other ways CBD can encourage pain-relief is by acting on other molecular pathways, including TRPV1 receptors, which are also known for mediating pain perception, inflammation, and body temperature.

CBD and Its Effect on Mood

Medical CBD also has the reputation of having a positive effect on mood and feelings of well-being.

Some researchers believe this is due to CBD’s interaction with the serotonin receptor, 5-HT1A.

Activation of this receptor has been shown to have anti-anxiety and antidepressant effects, which can most certainly serve to provide a sense of well-being and calm.

Another interesting interaction includes CBD’s activity with “G-coupled protein receptors,” such as GPR55, a receptor that has been linked to proliferation of cancer cells.

These are just a few of the ways that medical CBD positively interacts with the human body, without producing any psychoactive effects. Further medical research will continue to expand our knowledge and understanding of this amazing medical tool; and hopefully, further applications will come to light.

Cureganics is an example of CBD products that contain 0% THC 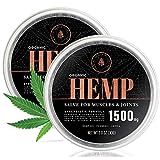