Being born a person who was “normal” then became wheelchair bound bitterness and anger were a big part of me for a few years. A person has to accept the changes made to their lives and that takes time and soul searching. It is my belief once you finally come to terms with the fact that your legs are now steel, rubber, plastic, and cloth, for the most part the anger and bitterness can end. Only however if you make that choice.

In my case a second accident took my memory for nine years. It also took the total use of my body from the waist down for two and a half years. A neighbor found me and told me a pickup truck had hit me. The reason for the paralysis was one of the wheels had run over my hips. Its impossible to remain bitter when you can't remember your life before.

Those years were not lost because my ability to learn was not taken with my memory. Both of my parents worked or were educated as teachers. Teaching was in their blood so in no way was my reeducation lacking.

My wife died while my memory was gone and two years later to my surprise a woman accepted me as her husband. The ability to function was already back at a young adult level by then. When my memory returned after this marriage was over I realized I had already lost the love of my life.

The pastors who did the healing never said it would be easy however it is my belief that without that healing my memory never would have returned. This was done in a classroom situation where they were showing the people of the fellowship what some of God's gifts were. This with the idea that others would start doing them through faith. When asked by someone in the room "why weren't the legs part of the healing", one of the pastors said he didn't even think about asking so he felt it wasn't in God's plan for me.

The hardest time in my life was when my memory returned. It didn't come overnight but with terrible headaches which lasted days at a time. All in all these headaches and memory return took eight months. Each time a little more was remembered until most of it was back.

To this day the greatest loss which has never returned is the loss of my childhood language, My mother tried to help me learn again however something appears to be broken, it just won't reach from my brain to my tongue.There are many times when my thinking is still done in Cherokee as it had been as a child, but the words won't come out of my mouth. The women who are part of my social cause now say that I am not consciously aware I am speaking it again.

The body, brain and faith are amazing things. There are muscles and nerves in my legs which will never work. Care always has had to be taken when around things which can cause breaks in the skin.

There have been numerous times bleeding to death could have happened easily. Other nerves which still work have found a way so standing and taking a few steps is not impossible now. Without the years of physical therapy they say this part of my life would have been spent in the fetal position.

With everything that has happened considering myself disabled is not part of me. Working a nine to five job is out of the question. There are too many nights sleep is not possible due to “ghost pains” . This however does not diminish my ability to think the rest of the time.

My nickname wheelinallover comes from a wanderlust which has been part of me since my first memory. Driving and just rolling places in the wheelchair are as much a part of me as breathing. My mother and I spent a year traveling in a modified motor home. We survived blizzards and temperatures over 100 degrees fahrenheit. It was a year that tested every limit and created new ones.

My home has been located close to the center of the United States for the most part since 1986. There were times trips to each coast were necessary. Before the first accident flying to California was my preferred choice.

One year there were twelve trips, each with me spending six or seven days there while holding down a full time job and a part time job at home.This while living with and trying to take care of my maternal grandmother. It took her this time to recover from surgery which removed cancerous tumors.

My last marriage took me to Amish country in southeast Pennsylvania. This is where my new wife's home was. It became my home for three and a half years. This was about a hundred miles east of where my son had lived since he was twelve.

Before my memory loss the trips were made alone. Since then someone has almost always gone with me. The only trips taken alone were when hospice called and said you need to be with your mother NOW, The other when my wife threw me out.

Both of those trips were close to twelve hundred miles. Since being in a wheelchair I have seen things and been places most “normal” people will never see. Good and bad memories were made. Something was learned with each new experience so how can anyone call me disabled? 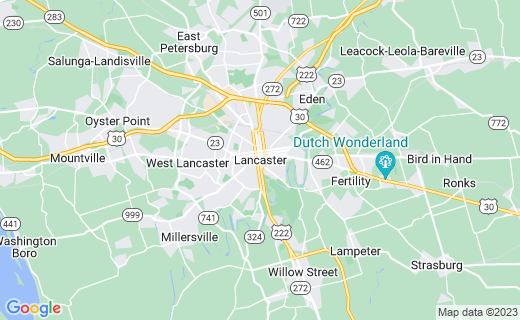