The popularity of Munir Khan and his so called miracle drug Body Revival is a typical example of how Networking and smart marketing can work. This con doctor cum Scientist sold his product which promises to cure cancer, heart diseases, brain tumor and many other incurable last stage diseases at Rs15000 per bottle using smart marketing and advertisements through Newspapers and TV Channels. In his website he has proclaimed in butler English that “The fact that treat for cancer is possible is nothing less than a miracle. Body Revival can actually help to treat cancer. Body Revival actually dissolves the cancer cells and flushes them out of the body through urine, stools & vomit. Not only that it gives strength to the healthy cells too.”

Who is Munir Khan?

Munir Khan hails from a middle class family from Kota, Rajastan. He is an Economics Graduate. He came to Mumbai over 10 years ago to try his luck in films. Though he managed to act in some Rajastani films it did not give him the fame and money he was dreaming all along. He even worked in an Ayurvedic Dispensary as a Compounder to earn a living. It was while working there he conceived the idea of the miracle drug to mint money by cheating the public. It may also be noted that this Ayurvedic Doctor Rehmatullah Pasha has lodged a complaint against Khan that Body Revival is his product which Munir Khan stole while working in the dispensary. Over four years ago he started a Clinic from his posh Versova home. He was aware that he won’t be able to make much money without publicity and advertisements. So this com man started circulating in influential circles and also roped Tabassum to do his interview for the 30 minutes show which was aired on several reputed TV Channels. This talk show also publicizes Munir Khan as the messiah who Nostradamus predicted would end all miseries and diseases in the 21st century. His smart Branding and Marketing got lakhs of people to visit him and even buy his product at Rs 15000 a bottle bringing him Crores as revenue for his dubious potion made of honey and some herbs which includes one which is banned by the forest department. Finally he was getting all the fame and name he wanted and his website even has photos in which he is seen receiving award from Union Health Minister Ramadoss (2005), Uttaranchal Health Minister Mr Ramesh Pokhriyal (2008) and Mr Harbansh Kapoor, MP (2008). After receiving several complaints on the product the Licencing authority, Department of Ayurveda, Maharashtra, examined Body Revive and submitted a report to FDA  that the formula and the ingredients mentioned were not useful in curing diseases like cancer, blood clots, diabetes, etc as claimed by Khan in advertisements. They also filed an FIR against Munir Khan at Versova Police Station in January 2008 for violation under the Drugs and Magical Remedies Act 1954 but because of his high contacts no action was taken against him and the self proclaimed Doctor-Scientist went on cheating his way to the Bank. Despite of the numerous reminders no action was taken against his con man by the Police. It is also said that the Police demanded 8 Crores from Munir Khan to hush up the FDA complaint and several other complaints against him.

However, the good news now is that Munir Khan is on the run and his Health Reactive Clinic doors are locked and sealed. 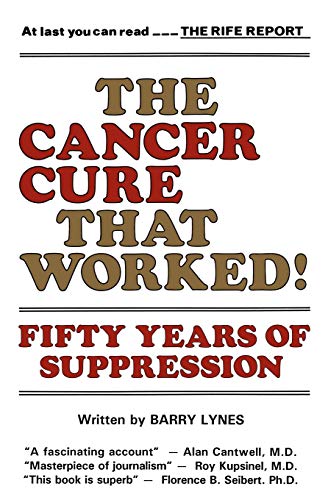 The Cancer Cure That Worked: 50 Years of Suppression
Buy Now

Who is responsible for creating a con man like Munir Khan?

The con artist Muniir Khan surrendered to the Versova Police on Wednesday, 12th May 2010 after 6 months on the run from the law. He has around 185 complaints lodged against him.It has also come to light that this fake doctor was a 'Master in Forgery' too and has forged letters from VIP's recommending him for Presidents Award for his contribution to Medicine and medical certificates to declare himself unfit for attending court proceedings.