Lucid Dreaming: Gates to your Other Self

What is dreaming? On Wikipedia it says "A dream is a succession of thoughts, images, sounds or emotions which the mind experiences during sleep. The content and purpose of dreams are not fully understood, though they have been a topic of speculation and interest throughout recorded history. The scientific study of dreams is known as oneirology (meaning in Greek, the study of dreams). The technology for studying dreams has been around for a few decades."

This is basically the definition of dreaming for most people. "Great" people studied it and now it is generally accepted as the truth. But there are also other definitions of dreaming. What about those ones? Because "great" people say the world is so and so doesn't mean that the world is really so and so. In fact the people who make sciences and studies out of everything also are responsible for getting rid of all the marvels of the world. They build walls around everything. They're studying only when they're awake:) They think of dreaming as something that happen to us all instead of dreaming as a verb. But it's the mold of man the makes us like that. When we're born occasionally we have a bad dream and our parent just say "nothings wrong, go back to sleep it was just a bad dream". But in fact it was a great opportunity to become aware in that dream.

Another definition about dreaming comes from the ancient shamans of Mexico. They viewed the world very differently than we do now. They viewed the world as pure energy and they believed that there was in fact no world of objects. And in fact that's really true, all things are really only energy. They're just being held together through whatever force.
For the shamans of the ancient Mexico, the dreaming state and the waking state were two states where one could act, perceive, be aware and be self-conscious. For them it was normal that from an early age on you started to develop skills in the dreaming state as well as in the waking state, like walking, running, talking, meeting people and many other things. As they developed their skills they discovered that there was something about dreaming. They discovered that it was easier to alter their awareness in a dreaming state, so they began exploring everything within this state. They became real masters at what they did and lucky for us they wrote it all down. Their ultimate goal was of course to become fully aware of all things. To see the world as it really is. To see energy as it flows through the universe. To know without knowing and to be without being.

I've written an article with a complete list of quotes called: The Warrior Quotes

The Gates to the Other Self

After the shamans of the ancient Mexico discovered all about dreaming they concluded that there were in fact two bodies. The waking body that acts in the waking state and the "double" or the dreaming body that acts in their dreams. They came to this discovery through dreaming where the dreaming body meets with the waking body that is sleeping. They "saw" their waking body sleeping while dreaming. They experienced themselves that this could be very dangerous because there is only one awareness. They learned that looking at your sleeping body while dreaming could trigger a startle response that could be fatal. You could get lost and wouldn't be able to come back. But this happened mainly with the sorcerers that were too obsessed. They wanted this full awareness and used all sorts of plants and herbs to alter their awareness without having a stable foundation. This stable foundation can only be learned gradually as one would learn everyday skills in the waking state.

The Seven Gates of Dreaming

According to the book "The Art of Dreaming" by Carlos Castaneda there are seven gates of dreaming. Seven obstacles of awareness that one has to overcome before achieving total awareness or total freedom. These obstacles are very difficult to overcome and can only be achieved if you are fully committed. Here are the seven gates of dreaming in short so you'll have an idea of what I'm talking about. 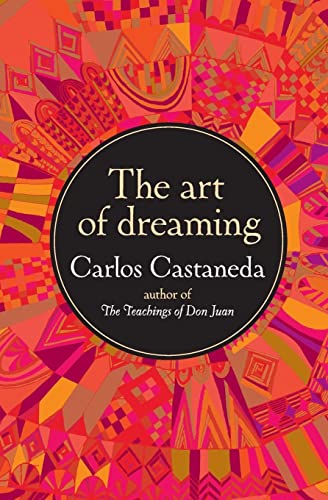 The Art of Dreaming
Buy Now

The Art of Dreaming: The Book

This book is in my opinion unmistakably the best book about dreaming. It's by far the greatest compilation of techniques written about dreaming by Carlos Castaneda who was the apprentice of Don Juan Matus, a shaman sorcerer. In this book Castaneda extensively describes how Total Awareness can be achieved by crossing the seven gates of dreaming. For people like me who are not only interested but also practitioner this book is a must have. 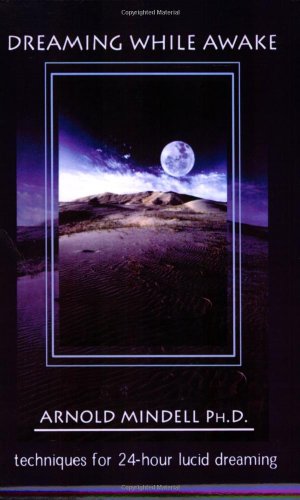 Lucid Dreaming: A Concise Guide to Awakening in Your Dreams and in Your Life
Buy Now

If you're not remembering your dreams right now. Here's is tip so you can start right away. Before going to sleep you should tell yourself that you must remember your dream in the morning. You should do this every day. Also keep a notebook and a pen beside your bed so you can write every dream that you remember in it. If the dream images are vaguely and out of order don't open your eyes yet. Sometimes if you open your eyes too quick the dream will be lost completely. Instead keep your eyes closed for a while and maybe turn around or lie on your back and let your dream come to you by itself.

To all of you, good luck and sweet dreams!