Embracing the healing power of music

The eclectic icon of the music world says it well. Music has the power to reach others in a way nothing else can. Its healing power and positive, albeit mysterious effect, is something that is almost impossible to explain.

This is why music therapy has been used the world over as a way to heal emotionally and spiritually. Physically, its ability to reduce stress must never be discounted, but for the purposes of this article, we discuss the emotional and spiritual healing power of music.

This article discusses the way in which music heals as well as its unarguable health benefits. We see how music has been used effectively as a form of therapy for those who have emotional needs that need addressing and look at some examples of music that has effective therapeutic power.

The health benefits of music

A study published in Nature Neuroscience, 2011, indicates that music has the effect of releasing dopamine, the brain’s neurotransmitter associated with happiness and joy.

Studies conducted by Maratus, et al (2008) show that music has the power to make a person feel less depressed.

Myskja and Nord, in 2008, conducted a similar study. In this study, it was discovered that music reduced the depression level of nursing home residents in Oslo, Norway. 72 residents participated in the study and were separated into two groups, one benefiting, and the other without, music therapy.

It also helps cancer patients, with the effect of a therapist bringing a friendly dog to visit. Music lifts their negative spirits.

It has the ability to quicken the healing of those with brain injuries.

Those who suffer injuries to the brain as a result of accidents or operations benefit substantially from listening to a little music.

Music, a complex auditory language, assists the brain’s motor functions. In a study by Michael Thaut and Gerald McIntosh, music assisted those with Parkinson’s disease, who responded to musical stimuli almost immediately. It proved to be superior to physical therapy. The same effects were seen in stroke victims. Additional areas in their sensorimotor cortex and cerebellum were activated, as compared to physical therapy.

Music also assists those with speech difficulties. It stimulates the auditory and motor systems and helps to pull these systems together in a more effective way for these patients.

This may also explain why people pick up the pace when running while listening to a little music.

How music enhances our mental states

Our mood is affected by the vibrations of music.

Though we may be affected by what the ear can hear, sound vibrations that we cannot perceive when listening to music have the ability to enhance our moods.

This is why therapeutic music played by certain instruments, like the harp, have a calming effect.

Music is particularly beneficial for young people between the ages of 15 to 25, who experience the angst of youth and mood swings. It helps youth with a tendency to depression and suicide.

People, children, young and old adults, respond readily to music. In this video of a baby dancing to Beyonce, a child younger than a year responds positively to positive music.

Music helps those with schizophrenia and autism, and enables them to come out of their world, at least for a short while.

Music helps us to focus.

As I write this now, I am listening to Debussy’s Claire De Lune. With an honest revelation of the difficulty writing this morning, the piece is helping me make my thoughts more coherent.

So it is that music enables us to focus. Music motivates the brain’s cortex to release sound waves that induce different states of alertness.

It is an organized, complex and our brain loves it.

Further benefits and the progress of music therapy

Music therapists the world over help to harness the benefits of music to assist those under their care, and it comes as no surprise. We have seen that music helps the disabled. Music also helps those with neurological disorders, stroke victims and those suffering from stress, as was touched on earlier.

Some music therapists are looking to using music as a preventive measure for depression and anxiety. They hope that it will head off problems that come as a result of being overwrought, such as substance abuse, self-harm and suicide.

Below are some therapeutic music playlists, chosen because the sound waves they emit and their repetitive chord progressions have the ability to calm and soothe. Do enjoy, and relax! 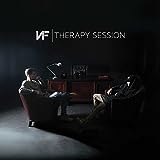 Music therapy can definitely give all aspects of our lives an empathic, yet relaxing, boost. Everyone is in need of constant healing, and should harness its benefits.

Music by the waterfall

A hypnotizing drive through the canyon

The relaxing music of nature

Other hubs on music by Michelle Liew