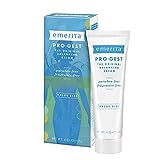 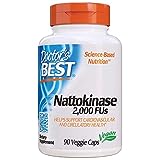 For anyone who suffers with endometriosis, the pain is often all-encompassing, and bad days are more common than good ones. Laparoscopy is touted as being successful in over 80% of cases, but almost everyone I know who has had one...has had several. Each surgery removes the painful endometrial implants, and unfortunatlely replaces them with scar tissue which manifests as painful adhesions, essentially gluing organs in the pelvic cavity together.

There has to be a better way.

Allopathic medicine offers women who suffer with endometriosis drugs like Lupron, which put them in a state of early menopause, the Pill which supposedly regulates the cycle, or hysterectomy which removes the "offending" organs, the uterus and ovaries. I know several women who still have endometriosis and the associated pain after hysterectomy, as endometrial implants can grow anywhere including the bowel, bladder, and even as far up as the lungs.

So what causes these tiny but grossly painful endometrial implants? Accepted theory is retrograde menstruation--that during a period, some of the menstrual blood/lining is not shed, but instead grows backwards into the pelvis. This doesn't account for the implants appearing in the lungs, however, and seems to be too simplistic a view. Why do some women suffer terrible agony from small amounts of endometriosis and some women who have it extensively feel little to no pain? There are no definitive answers and yet, women are still suffering.

There is a widely-accepted theory that no one "gets" cancer--that we all have cancer cells in our body or cells with the potential for cancer, but in some people, something turns these cells on and causes them to proliferate. Why? Genetic predisposition? Diet? Smoking? Environment? No one seems to be able to pinpoint a cause, especially in those non-smoking, non-drinking individuals affected. What if endometriosis is similar to cancer? There are rare cases of endometriosis being found in men (http://www.empowher.com/endometriosis/content/endometriosis-men). This throws the whole "retrograde menstruation" idea out the window. So what is switching on these endometriosis cells?

The one thing that all sufferers of endometriosis seem to have is an overabundance of estrogen. We know that women who are on the Pill are immediately put into a higher risk group for breast cancer. Estrogen feeds cancer cells, and it would appear, endometrial cells, as well.

But there is something else that feeds cancer cells, and very few people talk about this, perhaps because they've never heard of it before--sugar. (http://www.mnwelldir.org/docs/nutrition/sugar.htm) Sugar causes systemic inflammation. Our Paleo ancestors didn't ear sugar. Primitive tribes like the Masai and the Pima Indians had almost non-existent cancer rates until Westernized diets were introduced to them. I know, personally, that when I feel sad or in pain, I look to sugar to help. It causes an immediate adrenalin rush, a burst of serotonin--but that rush quickly leaves, and I feel worse than before.

When we consume sugar--and/or caffeine--we not only get an adrenalin burst, we also get a rush of cortisol. Cortisol blocks progesterone receptor sites. The one thing--the ONLY thing--that I have researched thus far that has shown to help endometriosis without side effects is natural progesterone. I'm NOT talking about the synthetic progestin found in things like the Pill and Aygestin. I'm talking about bioidentical progesterone.

I've been blessed enough to find a naturopathic physician who prescribes bioidentical progesterone to me, but if you are someone whose physician is less than cooperative, you can purchase natural progesterone cream. I've found that ProGest by Emerita works just as well as prescription progesterone. It has a high concentration of progesterone per ounce, and because it's absorbed through the skin, the body will build up stores of it in one's own fat.

Of course, there is a caveat. Some women convert progesterone into estrogen, which is not what someone with endometriosis needs more of. However, I am inclined to think that this conversion is the body's way of getting rid of excess, so if you're using bioidentical progesterone, start low and go slow, increasing your dose gradually over time until you feel better. If you have a naturopath, you can always try oral micronized bioidentical progesterone which dissolves under the tongue and bypasses the fat cells, thereby eliminating the possibility of build-up. The downside to the oral progesterone is that it is absorbed quickly and can cause mood swings. Again, low doses spread out over time seem best.

Accompanying the progesterone regimen, it makes sense based upon what I talked about previously concerning sugar to eliminate it from one's diet completely. If you are able to eliminate sugar in all its forms--and I mean even cutting out fruit and juice--there should be a falling away of hypersecretion of adrenaline, cortisol, and insulin, and a reduction of inflammation. I know it's hard as hell. However, if one could finally be free from the agony of endometriosis, then eliminating sugar seems a small price to pay. A Paleo diet--free range poultry, eggs, fish, some red meat, and vegetables--appears to be a diet that causes the least amount of inflammation and allows the body to heal, not just from endometriosis, but also food allergies and systemic candida (yeast) infections (see also: my hubs on food allergies and celiac issues). In this anti-inflammation diet, there is no sugar, no refined carbohydrates (actually, carbs only in the form of vegetables), no alcohol, and no artificial sweetners. Splenda was originally created as a pesticide and aspartame turns into formaldehyde in the body, hence the reason so many people have such reactions to both. Plus, anything sweet on the tongue confuses the body. The body tastes sweet, the pancreas pumps out insulin, and there is no sugar to be transported into the cells creating an instant state of hypoglycemia and adrenalin secretion. Water and decaffeinated teas appear to be best sources of hydration (emphasis on the water). If you're morally opposed to eating meat, another effective diet is vegan, but no sugars or gluten. Focusing on vegetables, nuts, seeds, and beans can be nutritious, satisfying, and anti-inflammatory.

In addition to diet and progesterone, I have read promising reports on nattokinase and serrapeptase, two all natural enzymes which can break down blood clots (hence, endometrial implants) and dissolving fibrin. However, there are some warnings associated with these supplements, despite their many purported benefits, so before you try anything new, make sure you know all the possible side-effects and interactions with anything else you might be taking. http://www.nattokinasebenefits.org/

In short, the amount of research on endometriosis certainly needs to rise in relation to its sufferers. However, know that there is hope. The ideas in this article may not be a cure, but if they can help control or even eliminate your pain, then they are worth trying.

I wish you good luck and good health.