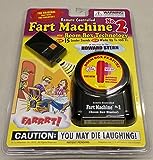 As explained in an earlier hub, I'm a farting expert. I didn't go to school for my talent. So how did I become an expert you ask? I was born a man and men are experts on farting. Let me show of my knowledge for those in doubt. Here are some facts about farts and farting.

The temperature of your fart is 98.6 degrees, the same as your body should be. A portable heating system.

The Yanomami, an Indian tribe in South America, use farting as a greeting.I guess they poop for god bye?

People who think their families stink may be right. Flatulence runs in families, because they have a tendency to harbor similar intestinal parasites, along with an inclination to eat the same types of foods. I'm a chip off the ole block.

Less than 1 percent of a fart is made up of the chemicals that stink, but they're so pungent that people can smell them at levels of 1 part in 100 million.

Each fart consists of about 9 percent carbon dioxide and 7 percent methane, two gases that contribute to global warming. That scientific talk impresses the ladies.

Farts are created mostly by E. coli and other bacteria that are microfarting inside of you.That means our farts are not original.

Farts have been clocked at 10 feet per second.

A person produces about half a liter of farts a day.

Women fart as much as men. And they say they don't. Ha!

People fart even shortly after death.

Termite farts are believed to be a major contributor to global warming.

Farting up in space would propel you forward.Wouldn't smell pretty in that spacesuit.

The word "fart" comes from the Old English "feortan" (meaning "to break wind").

There you have my knowledge. Next cook out while you are eating franks and beans, pass these facts on. Your friends will be amazed. Even impress them with you farting skills. Fart a song by the campfire. Oh, wait! Gas and flame don't mix. Cancel that idea.

Hope I smell ya before I see ya! 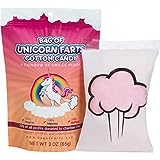