This is the second part to my first hub on how female Kpop idol as well as actresses gone through their diets and exercises to maintain their slim figure. There are some unhealthy ways of dieting here but I'm just going to share it anyway and may you be the judge to which you prefer.

Minzy used to be cute and adorable when she first debut, but now she appears to be more mature and feminine. In one of 2NE1's interview Minzy shared that, 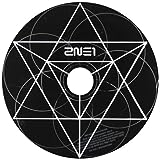 CL is considered to be one of the most charismatic leader as she plays the role of being a rapper among her member. In the same interview as Minzy previously she mention that, 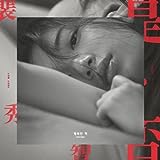 Suzy the “nation’s first love” are known for her innocent and beautiful complexion. On a TV show called "Section TV", she reveals her dieting method to stay in shape. She mention that, 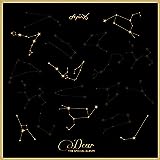 A PINK members once revealed their dieting method that they gone through before their "Hush" comeback. As a result, Bomi and Yookyung lost about 4 to 5 kg.

I also found an article about their predebut dieting method from allkpop.com

Here's a simplified version of what the articles says.

If they're still unbearably hungry, the members are allowed to eat buckwheat noodle soup.

Inevitably, they're still hungry after a day of intense rehearsals, so they'll still snack on bananas or nuts like almonds throughout their practice.

After rehearsal ends, they quiet their hunger pangs by going straight to sleep when they return to their dorms.

Sistar is famous for their fit and very active members especially Bora. Here, I'm going to share a few tips of one of the member of Sistar, Dasom. Dasom reveals she's only eating one meal a day for her diet. She revealed that,

Hyosung made a comeback a few months back and before her comeback, she went through a diet as many Kpop idols do before their comeback.

She reveals her diet food on SNS, she says, “These days I eat tofu salad, I want to eat rice. It's only until this week. "

Son Dam Bi reveals she lost 7kg by eating one meal a day. She lost 7 kg to turn from a sexy girl to an innocent girl. She started a diet for CF filming.

Global Icon’s entertainment company said that she lost 9 kg in one month in preparation for their debut.

Hong Soo Ah reveals in an interview on how she maintain her figure. In the interview, she reveals “I was born with a slim waist, but I like to walk daily to maintain my abs.”

Kahi, ex-member/leader of After School is a representative of Korean stars with great bodies. She's 168cm and 49kg. In a TV show, she reveals her dieting method. 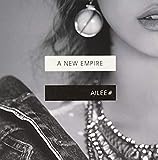 During her comeback showcase, Ailee confessed that the hardest part of her album preparation was losing weight. In total, she lost 10kg while preparing for her comeback. She reveals,

Actress Honey Lee reveals her strict diet to maintain her trim figure in an interview earlier this year. She confessed that she is the type to gain weight easily. That is why she says,

Actress Kim Tae Hee shares in an interview that her weight never changes drastically. The only problem is that when her weight changes by only 1 or 2 kg, her face is the first to show. Here is what she shares.

Check out what these kpop idols do to keep in shape!

Which diet trend do you think is the best?

Thank you for visiting and reading my hub. *bow. I'm re-posting this because I deleted my previous hub, sorry! Anyway, hope you find this hub entertaining or maybe useful in some way.

On the right is my first part of "Female Korean Celebrities Diet Secret" with different tittle apparently. If you have time, do read them too. Thanks in advance. ^^