Five Ways to Keep Your Relative with Alzheimer's Safe

I'm currently an EMT for a busy urban 911 service in Dekalb County, Ga. Recently I've encountered a lot of calls dealing with elderly patients exhibiting symptoms of Alzheimer's. Typically the call involves a patient with Alzheimer's getting out of the house and wandering off without their family knowing where they are. We see these cases often on the news. As many know Alzheimer's is a neurodegenerative disease that worsens over time. The most prominent symptom is memory lost. Other symptoms include: disorientation, mood swings, and language problems.

The Dementic Female in a Bathrobe

Recently my partner and I were dispatched to a call involving a elder who was dementic and in a bathrobe. When we arrived on scene, we saw the patient who was being held back from the roadway by a bystander. The bystander happened to be heading home from work and saw the elder walking near the roadway and stopped. The patient was not aggressive or combative, but just convinced that she left her blue sweater outside and that it was in the roadway. There was no blue sweater of course. We were unable to get a name out of her and she was not wearing a medical bracelet. We assumed that she lived somewhere near where she was found. It just so happened her daughter noticed her front door to her home was opened and walked outside. Once outside she noticed the emergency lights and walked toward them and was reunited with her mother.

How Often Does this Occur?

Have you every had a family member with Alzheimer's wander off?

What Can You Do?

Alzheimer patients typically wander off as a result of feeling confused and disoriented. This confusion and disorientation is typically the result of fear, attempting to follow past routines, or attempting to search for something they may have lost. They may take the keys to the car and drive for long periods of time or simply wander on foot. After responding to several calls involving wandering Alzheimer's patients, I've compiled a list of five keys to keeping them safe.

1. Medical Bracelet - Medical bracelets should include information such as the name and address of the Alzheimer's patient.This bracelet can be important in reuniting the relative in case he or she wanders off. I would keep social security numbers and full birthdays off of the bracelet for identity theft purposes.

2. Extra Door Locks - Add an additional lock to all your doors. Preferably hard to reach deadbolt locks. The more locks the harder it is for the relative to open the door.

3. Door Alarms - Alarms are great to add to your doors if you don't already have a home security system installed. This is an added security just in case your relative bypasses the lock and opens the door. Once the door opens the alarm will sound and alert you. You don't have to install a home security system on your home. You can simply buy alarms just for the door and some are even geared for Alzheimer's patients.

4. Keep Keys Out of Reach - Keep the cars keys and any other form of keys out of their reach and sight. It's dangerous and scary when your relative wanders off, but to be behind the wheel of a car can really be dangerous for themselves and other drivers as well. I once remember being dispatched to a call in which an Alzheimer's patient got hold to his daughter's car keys and drove from Macon, Ga into inner city Atlanta, Ga. Fortunately in this situation the gentleman was ok and he was safely reunited with his daughter.

5. Pay Attention - Pay attention to the behavior of your relative. Sometimes you can predict that a wander event may occur and stop it before it actually occurs. In the particular scenario mentioned earlier in the article, her daughter mentioned that her mother said someone was going to take her money out of her purse and that she needed to go find it. Her daughter said she was attempting to leave the home earlier in the day to find her purse. Just be mindful of their behavior because sometimes their are clues before the wander event takes place. 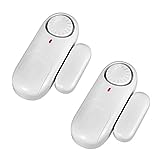 Always be prepared and alert when caring for a relative with Alzheimer's. Your effort and care is essential for their safety.

Consider these five keys in their safety:

Keeping our family members with Alzheimer's safe is an ongoing task and can seem overwhelming at times. However, from my experience these five things can truly help and ease the mind of the caregiver.

I am not an expert on this topic. I'm speaking from my experience with responding to calls involving alzheimer patients who have wandered off. Although in most cases we were able to reunite patients with families without activating a search, I found that these five keys could have made the process easier or prevented the wander event all together.