Foods to Avoid During Pregnancy

There are various types of food which should not be consumed during pregnancy as they can harm the baby. These foods pose a threat due to bacteria and parasites that can lead to food poisoning and serious consequences for the baby such as a premature birth or in the worst case a miscarriage.

You should avoid consuming raw milk (unpasteurized milk) und raw milk products such as soft cheese (Camembert, Brie, feta, blue cheese), as you incur the risk of getting infected with Listeria. For mothers, this leads to flu-like symptoms such as fever, nausea and vomiting. However, if the baby is infected, the consequences include miscarriages, premature births, an increased risk of infant mortality, neurological consequential damages as well as long term complications.

Ice cream exposed to the air like the one you can buy at ice cream shops should be avoided due to the risk of getting infected with salmonella. However, you can eat ice cream you buy at the supermarket which has been packaged.

4 Wash and Peel Fruits and Vegetables

Listeria might be present in the earth and dust which can sometimes be found on fruits and vegetables. Thus, it is recommendable to avoid raw vegetables or vegetable juices. Make sandwiches and salads at home rather than buying them. You are on the safer side if you cook and peel the vegetables. 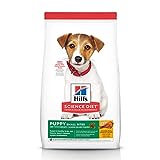 5 Say No to Raw Meat and Fish

Raw meat and short-aged raw sausages can contain Toxoplasma which can seriously threat the baby and might lead to miscarriages, premature birth or consequential damages. Salami has a relatively long maturing period and can be consumed without any concern. The same applies to industrially processed sausages. When you cook meat, especially porc and lamp, remember to heat it over 158° F (70°C). If you freeze meat for at least three days at a temperature of under -4°F (-20°C), the Toxoplasma is killed. Poultry meat should not be consumed raw or half cooked either, as you take the risk of getting infected with salmonella.

Offal such as liver and kidney contain heavy metals which can lead to development disorders, injuries or malformations of the unborn child.

Another risk results from eating raw fish such as sushi, oysters and shrimps, as you can get infected with Listeria. Cooked and fried fish represents an important source of unsaturated fats and are healthy for mother and child. Try to avoid consuming large predatory fish such as tuna and shark, however, as these can be contaminated with heavy metals.

Quinine is contained in tonic water and can induce labor, which is why you should avoid consuming it.

Sorbitol, xylitol and mannitol can lead to intestinal spasms and induce labor. These substances are contained in sugar-free sweets such as gum and chewy candies.

You can consume cinnamon, curry, marjoram, thyme, ginger or coriander in small amounts. Larger amounts can however induce labor.

Caffeine is contained in coke, tea and coffee and can increase the risk of a miscarriage if consumed in large amounts. Two mugs of instant coffee are considered to be safe.

8 No Alcohol EVER During Pregnancy

Consuming alcohol during pregnancy can lead to miscarriage, stillbirth, facial deformities, heart defects and mental retardation. To be avoided at all times. Even the smallest amounts can hurt your baby and lead to irreversible damage.