Use A Natural Remedy To Get Rid of Colds and Flu

Drugs Should Not Be The First Choice

It’s unfortunate, but Western medicine has a contempt for herbal remedies and drug alternatives that’s rarely questioned by the public. There are many instances where people need help to boost their immune system, but modern medicine doesn’t offer much in the way of prevention.

Physicians are trained to promote synthetic drugs for everything, from a cure for a cold to treating cancer. Drug companies rely on the public getting sick so they can sell a quick chemical remedy. Resistance to antibiotics, from the overuse of antibiotics, is on the rise and poses a real threat to our health.

There is a sound reason so many people are seeking natural alternatives to pharmaceuticals – the drugs aren’t always safe, don’t always work and can cause some nasty side effects. The regular bugs and super bugs that are in our food, our water and in the air can all contribute to weakening the immune system. Treating these super bugs with antibiotics just makes them mutate to antibiotic resistant strains.

The good news: There are some effective over the counter treatments that can keep you and your family safe, while boosting everyone’s immunity and resistance. If you’re suffering and searching for information on how to cure a cold or how to cure the flu – the answer is readily available in natural supplements and medicinal herbs.

With a little digging around, information about natural remedies abound. There is a little known natural product that is a safe, effective alternative to antibiotics, antiviral and anti-inflammatory drugs. It not only boosts the immune system, it gets rid of colds, flu and respiratory infections so fast - you barely have time to notice that you’re sick.

They say there is no way to get rid of a cold or flu, but this substance is probably the closest thing we have to wipe out viruses. The drug companies don’t want products like these publicized because they will lose money on their synthetic drugs. There is little profit in mass producing and selling a natural ingredient. The money is in creating, patenting, and selling new synthetic drugs, not reliable old natural remedies. This hub is devoted to providing people with information about a natural herb that few people know about .

Oil of Oregano - The Wonder Herb

The name of this wonderful ancient remedy is Oil of Oregano. Oil of Oregano is not to be confused with the oregano spice commonly used in cooking here in North America. The oregano spice we use in America is actually sweet marjoram; it has a milder flavor than true oregano. There is also a type of plant called Mexican Oregano, which is also used to flavor food in North America and does not have the same medicinal properties.

The real medicinal oregano is harvested from authentic oregano plants that grow in countries by the Mediterranean, such as Greece and Turkey. The flowers from the oregano plants are processed to produce a liquid that is mixed with olive oil or grapeseed oil as a thickener or base. This thick, oily liquid can be taken orally in liquid or capsule form. It can also be applied topically to the skin to treat rashes and eczema or used with water as a mist to relieve all kinds of moderate to severe health conditions, including the common cold, flu, bronchitis, asthma, arthritis and gastrointestinal ailments.

For medicinal purposes, Oil of Oregano can be used in liquid form in a bottle or capsules. The stuff packs a wallop to viruses, bacteria and all types of fungal infections. It knocks them out, fast. It can also help you prevent colds and flu if a little is taken every day while you are healthy.

Oil of Oregano has been used since ancient times as a natural medicine. Before people could run to the drugstore and buy cold and flu medicine, they had to work with natural herbs that promoted healing. Oil of Oregano is one of those ancient medicines that works effectively and safely to get rid of many ailments. Scholars have even found reference to its use in the bible. It is one of the most versatile, inexpensive healing agents available to everyone, yet its use remains limited due to a lack of public information. 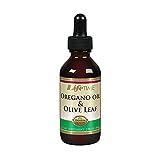 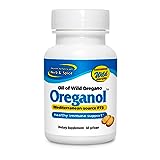 What Makes Oil of Oregano So Powerful?

It’s important to note that the concentration of Carvacrol is extremely important in any quality oregano oil product. No oil or oregano liquid or capsules should be purchased if the concentration of carvacrol is less than 75%. The concentration should be listed on the bottle. If you are trying to get rid of an especially nasty cold or flu, consider buying a bottle with an eighty per cent or higher concentration of carvacrol. Health stores can sell bottles with the right percentage of the active ingredient, but many health stores sell the oil at premium prices. This is one of those natural products that’s best purchased online because, even with shipping and handling, the prices are a lot cheaper. 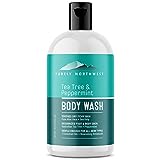 Oil of Oregano is easy to take. Drop four to six drops a day in your mouth to prevent illness and it gives you some added protection against bacteria and viruses. Some people can’t handle the taste, which is very strong. Mixing a couple of drops in tomato or orange juice does the trick if the taste is too overwhelming for you. If you are one of those people who can’t remember to take something regularly, or simply don’t want to take it every day, don’t worry.

The oil is just as effective on an as needed basis. As soon as you feel something coming on, take a couple of drops every two hours. Whatever bug is in your system will be flushed out fairly quickly. Oil of Oregano actually brings the symptoms forward and works quickly to kill any invaders. If, for some reason, your symptoms don’t improve or get worse, see a doctor. There are times where a particularly nasty virus requires additional intervention. However, most of the time a bottle of Oil of Oregano should keep you healthy through even the worst cold and flu season.

This writer used to get colds, the flu, ear infections and respiratory infections regularly from working in a busy school. Taking it daily for three years has kept her virus free. If she does feel a cold coming on...a couple of drops every few hours gets rid of it in less than a day or two. 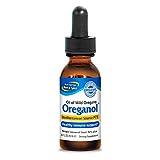