Grieving With The Senses - Bereavement By Our Bodies

When I was a child, my father and I used to celebrate our birthdays together, which were two days apart. We did that for the last time when he was 45 and I was 12.

The week after our celebration, he went to work and never came home again. He had died suddenly of a heart attack.

My dad was a small town cop with 5 kids and 2, sometimes 3, jobs. He wore the same uniform hat probably every work day.

Even though his hat looked very clean and neat, it held what my nose knew as his scent. Shortly after his funeral, I went into my parents’ bedroom and saw it on the closet shelf. I took it down and hugged it close. Then I inhaled deeply. It had his own hair oils, his Brylcreem, Old Spice and shampoo, and the light scent of his skin.

I asked to have his hat and my mother gave it to me. When I was an adult, and was repacking some boxes , I came across his hat. As I was changing the old plastic bag it was packed in, his scent escaped.

After 20 years, my nose, my heart, my whole being knew exactly who that was. Even though it was made stale and very faint by the passing of so many years, this dearly cherished scent gave me a sudden shift to a safer time, of childhood and that last summer he was alive, before I had learned what adults meant when they said there had been hard times.

At the same time that I realized how innocent I had been when I had last smelled my father’s scent, I also remembered that he had kept us from being worried about hard times, because he was the same easy-going man through hard times as he was through the good times.

One whisper of his scent, even light and stale, had stirred all of that in me.

A lover leaves you (or you leave), a child grows up and moves out of the house, a friendship ends or you leave a town that has raised you on its sights and smells. You lose a job or your business fails. A pet dies. Grieving can be for any serious loss. (The Latin word root for grieving means “to burden”. )

What we don’t often tend to think about, even when we’re actually in the midst of it, is that grieving happens to the whole body, and it happens with all of our senses. A grieving person’s body can become ill - nerves can carry loss as chemical stress messages, the heart can skip beats and the immune system can be suppressed.

The blank places that used to be filled with a familiar presence are known by our bodies in fully formed, three-dimensional ways that seldom reach us on a conscious level.

That lost presence becomes a kind of unmeasured space everywhere it used to be.

If we've lost our work, that lack of presence becomes known during our work hours, as well as every time we've thought about it during non-work hours.

The nose no longer smells the scents that this presence sifted through our days and nights. They were complicated smells, of hormones and body oils, of digestion and mood, of jobs, of the outdoors, of hobbies, all blended into everything they wore and used.

Now empty clothes or idle stuffed toys can be put to the nose, and inhaling will bring back what you’ve lost for only an instant.

In grief support groups, both men and women have said that they didn’t change the pillowcase beside theirs until it no longer smelled of the person they lost. Some of them even switched pillows, so they could feel nearer to the person who was no longer there.

Less obvious is that the house is still full of this scent. So is the car. Our sense of smell is keyed to the slowly fading presence.

If you lose your work, you also lose the smells of your workplace – the people, the equipment, the building, and dust that combines them all - smells that you had seldom noticed or thought of as part of your normal day. Those smell memories can easily be recalled by similar smells you encounter in your day.

When I was a little girl, I could sit quietly in my father’s lap as he talked with other adults in the evening. I remember my small hand resting on his big, tanned arm as it was absently draped across me, and his other hand was gesturing during the conversation. I liked the feel of his skin.

I thought about it after I had grown and realized that those moments were so contented for me, because they meant love and safety - and personal touch. The memory was a mixture of sights and sounds and smells. But mostly it was touch.

Chemicals in two people’s skin talk to each other. Neurotransmitters go to the brain and soothe.

The touch of the parent can soothe a distressed child as no other can, and the touch of a child can warm the parent’s heart in the middle of desolation. Friends can hug friends and make a whole afternoon feel free and relaxed. For lovers, the sensuous nerve pathways that start with touch are built as efficiently as those for any piano player’s hands after endless hours of practice.

The mouth can feel the barren exposure of never pressing against those lips again, or never absently brushing hair that’s draped across a familiar forehead. Muscles under the skin, warmth or coolness, the texture of young, old, masculine, feminine is registered not in one place, but throughout the nerves along the way to permeate the brain. Touch has the power to lower high blood pressure, slow the heart rate and cause stress-reducing chemicals to be released into the bloodstream.

Losing the ability to see someone you love can also leave you devastated. Pick someone you love. Now imagine that you could talk to that person, be touched, hear them, smell them, and kiss them. But suddenly that person was invisible, and would be for the rest of your life.

The eyes are not only the doorways to the soul, but they are the means of viewing what you love, and knowing the intimacy of friends and family by how those close to us move and what expressions they have as they speak.

How many brothers, sisters, lovers or best friends can look across a table and, just by making eye contact, lose control, laughing to tears, whether or not they're children and will get into trouble, whether or not they’re adults in a sober situation?

The eyes notice movement and how light lands on skin and hair, wants to see into the eyes of those you love, checks for the rising and falling chest of sleep in a darkened room, notices a slight shift of mind because another’s expression or body language has ever so minutely changed. Lives have been saved by the small changes noted by sight.

What does the brain do without this deeply familiar and highly prized watching and seeing after the lost person is gone? Occasionally, a person or pet who’s gone forever is seen out of the corner of the eye. Is that because another precious glimpse is needed?

You can go on, imagining the loss of sounds – a door opening, a voice, a murmur, a sleeping sigh, or even the clearing of a throat in the next room. Before you remember that it can’t possibly be so, you can think for a moment that the creak of cooling wood in the stairs is the someone you love climbing them.

You can even hear the exact voice calling your name in your dreams, having conversations with you, sometimes decades after they’ve gone. A cousin told me once that she still knew what her child sounded like, though he had died thirty years before.

You can remember the creaminess of your mother’s desserts every time you taste cinnamon, or you can come home yearning to taste the skin on your baby’s forehead when you kiss it hello.

If you didn't have that baby to hold when you came home, you would be mourning the taste, the smell, the feel as the pressure of holding a baby filled your arms, the sight, the sound - all of the senses that know your baby when you are near it. 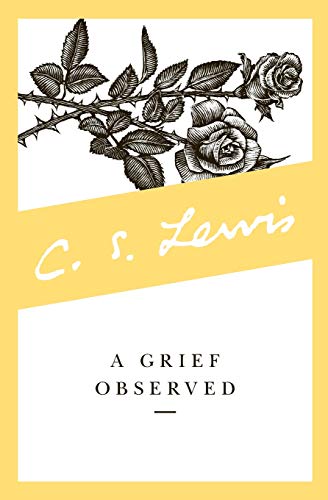 The mind may not notice how a memory was triggered, but the memory will come anyway.

The heart may silently skid across a few erratic beats as it mourns, with only a soft fluttering in the chest, even if the loss does not fully surface in the mind, but only finds its way into the mood.

The grieving of the senses may, for the most part, slip below our level of recognition, but the mind and heart are not suffering in isolation. They are in tune with each other and with the rest of the body.

If you allow yourself to become aware of your body and your senses grieving, this awareness can help you to know why you feel so sad at one time of day and not at others, or in one place and not in others. Our bodies are saying “I miss this absence worse here”.

If you vote up or vote down an author's writing, you will show the people who follow you what you feel the quality of the writing is. Please support writers by voting up their work.