How To Cure A Cold Fast

How To Fight A Cold Effectively - Zinc Is The Key

How To Cure A Cold Fast Using Natural Remedies

During the annual cold season, the average adult in the United States experiences two to four colds. Curing or preventing the common cold is something that medical researchers have contemplated for centuries, but have failed to achieve due to the hundreds of variations of viruses that can cause the common cold and the limited options for preventing and treating infections from viruses. There is a growing body of medical research which indicates that the nutritionally essential metal zinc is effective at preventing and shortening the length of the common cold due to zinc's anti-viral properties. By taking zinc lozenges and supplements, colds can be minimized greatly or even avoided altogether. This is how to cure a cold fast and effectively or simply avoid a cold altogether..

Has The Cure For The Common Cold Been Found? Medical Studies Say Yes!

Medical and scientific researchers have long understood the anti-microbial and anti-viral properties that many metals possess, including zinc and silver (see: How to Clean Surfaces of Norovirus and Other Germs). While research into utilizing the anti-viral properties of metals to treat human health conditions has occurred to a limited degree for decades, the pioneering research by George A. Eby of Austin, Texas regarding the use of zinc containing lozenges to treat the common cold has enlightened the world to the fact that zinc containing lozenges can be used to help prevent colds, reduce the length colds, and relieve the symptoms associated with colds.

George A. Eby was not a likely person to make such a ground breaking medical discovery.He was not trained as doctor or a scientist. His motivation for researching zinc’s potential to cure colds and lessen their symptoms was driven by his young daughter’s leukemia in 1979, which made her susceptible to catching bad colds due to her weakened immune system. By chance, Mr. Eby’s daughter let a zinc pill dissolve in her mouth instead of swallowing it, and much to Mr. Eby and his wife’s surprise, the symptoms of their daughter’s bad cold had subsided substantially within a few hours.

Mr. Eby started researching the potential for using zinc containing lozenges to treat the common cold. He initiated the first study of the effectiveness of zinc containing lozenges in treating the common cold in Austin, Texasin 1983, with the results published in 1984. There has been a growing awareness since his original 1984 research paper that simply letting a properly formulated zinc lozenge dissolve in the human mouth and allowing zinc ions to naturally flow into the infected person’s throat, not only reduces the duration of a cold, but also alleviates the cold symptoms during the shortened cold. For example, a report of a zinc lozenge medical study that appeared in the March 2008 edition of The Journal of Infectious Diseases indicated that zinc containing lozenges used in the study were effective in reducing the length of colds from seven days to four days in patients given the lozenges. Coughing experienced by people in the study who were suffering from colds was reportedly shortened from five days to two days. There is also a body of medical research that indicates zinc syrups and zinc supplement pills are effective at preventing colds.

In February 2010, the Cochrane Database of Systematic Reviews, which is a highly regarded source of medical information, updated their meta analysis of the results of studies that looked at the effectiveness of zinc for treating the common cold. The Cochrane meta analysis looked at fifteen medical studies that studied a total of 1,360 people who either had colds or were trying to avoid getting colds, and used zinc in either pills, syrups, nasal sprays, or lozenges. According to Cochrane, the studies were all methodologically sound with a low risk of study bias since they compared zinc use with placebos. The Cochrane meta analysis concluded that studies demonstrated that zinc containing lozenges use shortly after infection reduced both the duration and severity of cold symptoms and regular use of zinc syrups and zinc supplement pills by study participants appeared to prevent colds, when compared to control groups.

How Zinc Lozenges Actually Prevent and Treat the Common Cold

It is not very difficult to understanding how zinc containing lozenges treat and shorten the length of the common cold.Research has found that zinc ions that are released by zinc containing lozenges have antiviral properties that when provided in adequate amounts prevent or limit the viruses that cause cold from affecting humans.Zinc ions from zinc containing lozenges that are dissolved in the human mouth flow down into the throat and upper respiratory areas, and attach to nasal membranes within the nose and throat, which prevents cold viruses from attaching and replicating within these areas, limiting their ability to infect, multiply, and cause cold symptoms in their human carrier.

Has The Cure For The Common Cold Been Found? Not Exactly 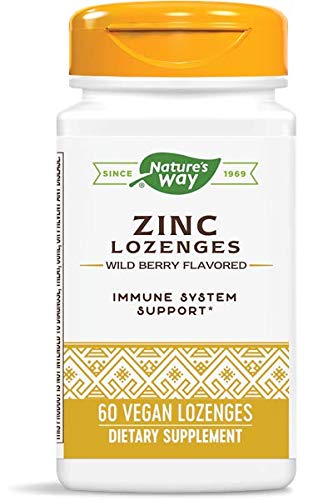 Final Thoughts Regarding Zinc Lozenges For Treating the Common Cold

It should be noted that zinc nasal sprays have been banned in the United States because over 100 people have reportedly lost their sense of smell after using zinc nasal sprays. There are safer ways to obtain the zinc one needs to prevent or treat the symptoms of the common cold. Zinc supplements and zinc containing lozenges are widely available in supermarkets, nutrition stores, and drug stores. In some respects, the cure for the common cold has been found in zinc, but requires actions on the part of those trying to prevent or treat colds.