Over the years, I have studied and learned about numerous herbs. Some of them I just adored because I thought they had many uses. Others, I used for a specific purpose and enjoyed them for those particular uses. While some, I just never liked because they either didn't help the ailment they were supposed to remedy or they would make me feel sick. Through much of my own searching, there are three common herbs that I have known my entire life and are very commonly known, that I always have in my household. I would like to share what they are: 1) dandelion, 2) sage, and 3) garlic.

The first herb I will delve into is dandelion. There is some nostalgia attached to this herb for me because I grew up eating it. My mother is Greek and a staple of Greek cuisine are 'horta', which translates to greens. In Greece and in much of the Mediterranean greens are eaten with meals much like salad is eaten. This tradition was carried over to America when Greeks settled here. There are many kinds of greens, but in our home we would eat dandelion greens.

My mother, aunt, cousins, and myself would go to a friend or relatives empty lot and pick them for hours. We then would distribute them amongst our families. We would let them soak and wash them changing the water a few times, sometimes in the bathtub when we had large batches. You must first disinfect and clean the tub with vinegar, baking soda, and water. Then we would dry the greens flat on towels and they would be ready to cook. We would boil them, strain them from the water, dress them with olive oil, lemon juice, and sea salt. Sometimes we would even drink the water the dandelion greens were boiled in as a tea.

As mentioned they are edible, but they are medicinal as well. Dandelion has been used for gall bladder, kidney and urinary disorders. Gallstones, jaundice, cirrhosis of the liver, hypoglycemia, chronic joint pain and high blood pressure are all ailments treated by dandelion. This herb also helps with gout, eczema, and acne. As a tonic it strengthens the kidneys and purifies the blood. Dandelion is a powerful diuretic, but does not deplete potassium from the body. An excellent herb for constipation as well.

Dandelion is very nutritious having more vitamins and minerals than most vegetables. Among some of the nutrients are: coumarins, carotenoids, potassium, and calcium. As I mentioned before, dandelions can be eaten as greens and used as a tea, but also can be eaten raw in a salad. If you don't like it as a food, it can be taken as a supplement or tincture. However used, dandelion can benefit anyone's health especially since it is a whole food that commonly grows in nature. 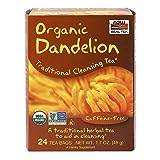 The second herb I will go into is Sage. Sage is both medicinal and edible. It is very well known for it's uses in cooking and has an flavor that is very unique. Sage has anti-inflammatory, antimicrobial, and astringent properties, which can be consumed orally and used externally. Sage has nutritious value because it contains vitamins K and A. It possesses flavonoids and phenolic acids which are volatile oils that are plant metabolites. They signal cell pathways and antioxidant effects.

As a child, whenever I had a fever my mother would make me sage tea because it would bring down my fever. This is a very effective and popular use for sage in folk medicine. Also, when I was sick with a cold, the flu, or a sore throat, I would drink it as tea with some honey. My mother would also have me gargle with it when I had a soar throat because of it's ability to reduce an inflammation.

Research is now supporting the belief in folk medicine that sage helps with better brain function, such as with memory. Even the ancient Greeks would drink sage tea for this reason. Scientifically, sage is shown to have the ability to stabilize oxygen and to prevent damage caused by a lack of oxygen to brain cells and cells in general. It also reduces inflammation which is one of the causes of memory loss. This is promising for the treatment of Alzheimers and other age related brain dysfunctions.

Externally, for hair and skin sage is a popular remedy in folk medicine. It can strengthen the hair and scalp and promote hair growth. It is also known to darken grey hair. For cuts, wounds, or bruises it can be boiled and when cooled used as a compress. It can be bought or made into a salve for skin as well. Some people even apply a compress or a salve to bug bites to reduce swelling since it has anti-inflammatory properties.

WARNING: Do not use sage if you are pregnant, lactating, or have seizures. Sage can cause miscarriage in women, it can cause milk production to stop, and can cause seizures in people that are prone to having them. 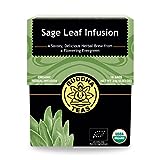 My third and final herb on the list is garlic. This herb is both medicinal and edible, of course. Garlic is in the onion family and it contains a compound called allicin. This compound is potently medicinal and contains sulfur compounds that are highly beneficial to the human body. In addition to allicin, garlic contains vitamins A, B, C. It also has the minerals calcium, zinc, and potassium.

Garlic is known as 'natures antibiotic'. It is an antioxidant that is anti fungal, antiviral, and antibacterial.Garlic is an immune booster that even has been scientifically proven to have cancer-fighting properties. Furthermore, Garlic grows all over the world and is used in almost every cuisine. Many people use cooked garlic as well as raw, not only for flavoring their food, but to treat various illnesses. It is a well known treatment for cold, flu, upper respiratory infections, and high blood pressure. Garlic has always been in almost every savory dish that I have ever eaten or made because it adds extra depth to a dish. In addition to using it in my food, I take garlic capsules to increase the health benefits garlic has.

Another promising use of garlic has been in the possible prevention of cancer. In numerous studies it has been found that garlic extracts have potent anti-cancer effects. Especially raw, garlic can help prevent certain types of cancer. The strongest evidence was shown for the prevention of stomach and colorectal cancers. This review was done by the American Journal of Clinical Nutrition in 2000. The anti-cancer effects raw garlic possesses are executed through the inhibition of free radical production, cell cycle arrest, and activation of enzymes that detox the body of carcinogens. Moreover, these anti-cancer effects induce apoptosis, which is cell death.

Taking garlic on a daily basis can aid in the prevention of cancer. It is a simple addition that can make a world of difference over time. There are even supplements that eliminate the smell of garlic for those that aren't too fond of it. Another supplement that can be taken with it to eliminate the odor are parsley capsules. Considering the benefits of garlic, despite it's taste or odor, these choices mentioned can make it easier to use.

Out of the three herbs that I have presented, maybe one or all three can be added to your health arsenal. Remember: It is always good to first check with your doctor in case of any drug interactions. That being said, I have done my best to choose the ones that can fit in most people's diet and lifestyle in hopes of helping many.