Cajeput oil is steam-distilled from the leaves, twigs and bark of an evergreen tropical tree native to Australia and Indonesia. The tree is closely related to Tea Tree and Eucalyptus, and shares similar antibacterial properties. The Cajeput tree is known as white bark tea tree due to it's striking white bark.

Note: I highly recommend holistic treatments and use them myself instead of conventional medicine. However, if you are new to holistic remedies, then a doctor should always be consulted if illness is present.

If pregnant, ALWAYS consult your doctor before using any essential oils.

Cajeput's vapours are decongestant and expectorant, making it a good antiseptic for respiratory ailments such as laryngitis. The refreshing action also clears headaches and tiredness associated with influenza. Cajeput is also an effective treatment for urinary and digestive infections, especially if these are recurring.

Cajeput oil can also be used as a warming muscle rub to ease stiffness and rheumatic aches. In this instance the Cajeput oil would be blended with either Rosemary or Marjoram oil.

It is also an effective natural remedy against head lice or pet fleas.

To ease laryngitis or bronchitis, massage the neck, shoulders, chest and back with a blend of:

For feverish chills, add to a warm bath:

The Cajeput will promote sweating and both oils have anti-viral properties.

For congested sinuses the following can be either used as a rub used around the neck and shoulders for constant inhalation, or sprinkled onto a tissue and inhaled frequently. The tissue could also be placed on a pillow for clearing the sinuses whilst sleeping. 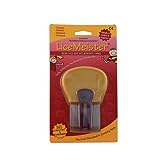 How To Get Rid Of Parasites

Cajeput is an excellent natural deterrent for head lice and fleas.

To ensure that your dog or cat remains free from fleas, add 1-2 drops of Cajeput oil to a pet brush and groom with this weekly.

Add 5 drops of Cajeput oil and 6 drops of Lemongrass oil to a litre of warm water and wash down woodwork and floors.

Place 5 drops Cajeput Oil and 6 drops of Lemongrass oil to a cotton wool ball and place in your vacuum cleaner to get rid of fleas and flea eggs.

At the first sign of head lice, wash and condition hair, then work through a head lice comb. After combing, rinse hair in 1 litre of water containing: 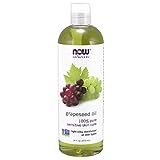 For a pre sport rub to ease tense muscles:

For relief from rheumatism, apply a hot compress to the joint containing:

The Cajeput will bring relief while the Ginger and Black Pepper will stimulate the circulation.

Rid general aches and pains by relaxing in a warm bath containing:

The oils work together by warming and relaxing the muscles.

To treat a sprain, apply a cold compress over the joint containing:

The Cajeput tree has powerful associations with legends of protection and purification for the native people of Malaysia, India and Australia.