Health-Conscious Series #16 - The Benefits of Bloodletting

The right and left sides of my brains were busy contesting the idea of donating blood to a needy neighbor who just delivered her baby boy in a public general hospital at the nearby city.

Our town is just a stone's throw away from the city and most patients are being treated in the said medical institutions.

One afternoon, our local leader requested us (we're two) to donate blood in exchange of the two 500 cc bags of human blood transfused to a woman, our neighbor, who just delivered her baby boy.

Her husband was also willing to donate but our barangay captain already pleaded the able-bodied young man and me to do the sharing.

In short, we were transported by our leader, through his personal vehicle (owner-type jeepney) to he public hospital, but to no avail. We were already late for the daily schedule of acquiring bloods from disease-free and healthy donors.

Although, we signed the blood receipt of the hospital, we were told that we should be back next day on the scheduled time.

Unfortunately, we weren't able to accomplish our pledges since we don't have an available vehicle to use that will ferry us to the city and I was busy with my clerical work at the barangay hall.

Mañana habit succumbed. And I forgot that important task momentarily, hoping that the couple will be relieved by the hospital management, even if we didn't accomplished our promise.

Our promise to donate BLOOD.

That 'thing' of blood donation was forgotten momentarily from my mind as I busied myself finishing my clerical work during the week.

Come lunch time last Thursday (January 15, 2015), the day when Pope Francis arrived at the Philippines soil, all people were busy watching for the developing event. And a call from our barangay captain prompted me to accompany him at the hospital.

The verdict:Our patient and her baby will never be relieved, unless, we really donate the required two 500-cc bags of human blood!

The scene was at the hospital premise.

I was called by the assisting nurse. She took my blood pressure. It was normal (both the systolic and diastolic).

I filled-up a donation form with my personal data. She added series of questions regarding my health history, disease I encountered. She also got a blood sample from my left pinky (she pricked it with big needle, ouch!) and put it to the slide. With an aid of chemical solution, she told me that I am A+ (a blood type akin to my deceased biological father).

I was ushered to a recliner, then the friendly nurse, search for my special right artery (carry oxygenated blood away from the heart) and lo! pricked me again with a much larger needle (ouch again!). She told me to relax and let the blood flow inside that special bag.

I asked her about the benefits of donating one's blood.

Anyway, it took only about 15 to 20 minutes to take a 500-cc of oxygenated blood from my body.

She requested me to lie down for about 10 to 15 minutes if I feel drowsy or the white ceiling of the hospital began moving. It didn't.

I drank a bottle of water which I carried from my backpack and was relieved in order to give way to the next donor.

Important thing to know when donating your own blood:The lifespan of an oxygenated blood inside the so-called ambu-bag will only be a month. So, the Blood Bank of the said public hospital need a lot of health donors in order to help patients who are in dire needs.

Are you a Blood Donor, too?

Are you in favor to donate blood to help others who are in need?

The nurse taking the donor's blood pressure and blood sample for blood typing before the donation process.

How safe is Blood Donation?

Our blood at the Blood Bank will undergo processing called fractionation or the separation of whole-blood components or made into bio-pharmaceutical medications.

Blood banks will collect those safe bloods from tested healthy donors and extraction of blood platelets or platelet pheresis can occur.

A healthy and medically-tested donor who's willing to donate again will rest for three to four months before he undergo the same process or as the need arises.

Other procedure includes: apheresis, where the blood is passed through a special apparatus where only part of the blood is extracted and the rest is returned to the donor.

It can be plasma (pale-yellow liquid of the blood holding body cells) or the platelets (watery part of the blood which prevent clotting).

Before we undergo the bloodletting procedure, I've seen the worst effects of the teacher who again donated his blood for the second time.

He felt drowsy and in the verge of fainting. The assisting nurse warned him of rising up or moving. He just lied down for a couple of minutes or so, before he was cleared of the aftereffects of this 'important' blood loss-with-purpose.

Personally, I felt weak when I went home.( Even, when I was writing this hub, a day after.)

And the bruising of the deeply pierced skin began.

I've never seen a person who fainted after donating blood. But the nurse replied that she'd seen the worst of this procedure.

The demand is increasing but donors are getting scarce.

Most of their misconceptions are that they will be 'drained' (just like what happened when a movie-icon Dracula and his allies will suck the bloods of their preys or human victims).

My oxygenated blood (500 cc) in the ambu-bag

A Book on Bloodletting by William D. Prystauk 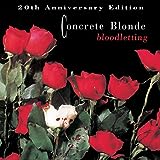