Looking at a bowl of Kellogg's Corn Flakes, you probably do not think of a health cure that involved shock treatments and emetics administered several times a day after consuming cereal.

Kellogg's today employees a large amount of people to design and manufacture a variety of breakfast and snack foods that the population enjoys without knowing anything about the health and medical underbelly of the early organization and its founders.

My grandfather, who was born in 1870, five years before John H. Kellogg received his medical degree, grew up subjected to some of the doctor's more radical health practices. In turn, he subjected his own many children to them, and they were later used with me - to disastrous results. The daily treatments made my health poor until they were stopped.

Site of the Kellogg Sanitarium 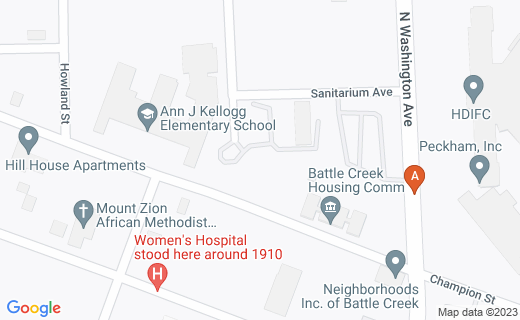 In 1902, a fire destroyed the Battle Creek Sanitarium, owned by the Seventh-day Adventist Church. Some thought the fire was a divine judgement.

Health and Fitness Scams in America

A complex numberless universe of healthcare scams operate in our society. Desperately ill people will try all of them.

Despite recognition by the National Institute of Alternative Health in Washington DC, many effective alternative treatments must compete with standard allopathic methods for respect.

Once a Seventh Day Adventist, a denomination known for best practices in health, Dr John H. Kellogg was ejected from the church in 1907.

Dr. Kellogg seemed to show some obsessive tendencies in healthcare practices, leading to frequent and long-term treatments to clients long after the treatments were likely no longer needed, if at all.

Alternative healthcare treatments have been frowned upon, but medical quackery and obsessive-compulsive health behaviors do exist and can be addictive and dangerous.

The Road to Wellville by talented storyteller T. Coraghessan Boyle. It is an enlightening read and the related film is incredible in its highlighting of the odd practices..

White Peacocks Were Maintained on The San's Grounds

Rehab at "The San"

John Kellogg declared himself the Number One Health Expert in America. During a near-quarter century he promoted "scientific living" to the extreme and attracted celebrities in all fields of endeavor to his Sanitarium and they called it The San.Some of those who went were Thomas Alva Edison, Upton Sinclair, Henry Ford, and CW Post.

Mr. Post worked in the Kellogg kitchen to pay for his stay at The San and then developed his own breakfast foods line. He accumulated a fortune that he left to his daughter and she left to it charity. She also initiated a museum of sorts.

Man of The San's patients benefited from vegetarianism, except for fermented mare's milk and other odd foods. Electric shock therapy endured while seated with arms and legs in tubs of water was not fun. Laugh therapy, provided some benefits, which it still does today.

Thus, Kellogg treatments included the good, the bad, and the crackpot.

When you have doubts or questions about healthcare treatments, advertised diets and supplements, medical conditions, and the myriad of new drugs advertised on television and radio, you can find out more. Read information on trusted web sites like that of the Mayo Clinic, or ask your healthcare professional for some literature about your concerns.

Dr. Kellogg may not have been exhibiting compulsive behaviors as strongly as suggested by the books and film of Wellville, but some of his patients became increasingly compulsive and obsessed with cleanliness and health.

In one form of advanced yoga that a good psychologist friend of mine practiced, there was cleaning of as much of the alimentary tract as one could reach from the outside.

Specifically, baskets of clean white cotton rope were obtained and these lengths were placed into the nose/mouth and pulled through the other orifice, another swallowed and then regurgitated, another inserted far up into the colon and removed, and so on. The total vegetarian diet kept the task more easily completed. The two together were said to enhance spiritual development.

The author Boyle tells us that healthcare scam artists are as crooked as the cereal stock sellers at the Battle Creek train depot were, accosting travelers to buy stock in this company or that (some of them were already out of business).

The author also illustrates that certain individuals that take healthcare to an obsessive extreme are addicted and glad to be suffering, since suffering makes them "better than others." This is certainly not good health.

Scam artists, elitists, and snake oil salesmen. We still have them today.

For the best overall health that you can achieve, consult with your physician or other credentialed medical or healthcare professional about diet, exercise, medical treatments, preventatives like vaccines, and other aspects of your life and the lives of your family. Avoid practices that seem extreme or too long-term to be of value.