Healthy Cooking Taste of Home: Back In 80’s We Had Healthier Meals

Back in 80's I used to spend almost every weekend in our weekend house with my late grandma. For my mother cooking and washing tons of dishes after the lunch wasn't the main idea of fun.

I, on the other side, spent most of my time pretending to be Robinson Crusoe on the natural land, only 15 miles away from the city.

I didn't think about the cooking much, but I enjoyed the food my grandma used to make. It had a special taste of home simple and delicious. By the food my grandma cooked, we could feed at least 20 people. Still, it was only 6 of us – my brother, parents and grandparents.

But, let’s go back to cooking and preparing the food following the rules that were tightly connected to nature. What was so different back then, when I was a child and my grandma used to be called young misses?

First, my grandma always used clay and ceramic cooking pots for preparing the lunch. It was natural and food tasted better. She had lots of ceramic cookware and each of them was used for specific meal.

She never used plastic material for cooking or storing the food. Glass was the only material in her kitchen.

She never used frozen vegetables or fruits. We had pumpkins in our garden, they were fresh, tasty and most important very healthy. There was nothing better than a homemade pumpkin pie, made of freshly picked pumpkins, after the long run in a field. So, healthy cooking at home was something I grew up with.

And for lunch, she would collect young grapes leaves and made little meat rolls. Those rolls got along with dill soup. I think dill was a weed and it grew all around the garden. But, it smelled like heaven and I loved that soup. That was the healthiest soup of my childhood.

My job was, among many others there, to collect natural herbs. Our land was in the real nature and almost every day I collected one herb. Mostly it was mint, thyme, sage and chamomile. I used to give it to my grandma and she put it in the meal right before it was finished. She added thyme to grilled chicken and sage to cream sauces and spaghetti.She used lots of herbs in cooking, which gave the every meal special taste of home.

So, as a child I wasn’t aware of all the benefits of the food we ate back then. But I knew it was tasty and healthy.

Now, I’m well aware what healthy cooking means and I give my best to prepare the meal to my family on the same, healthy, way.

I also use ceramic cooking pots, use lots of natural herbs in cooking and pay attention that most of the ingredients I use are fresh, not frozen, especially vegetables and fruits. 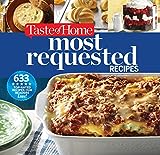 Why use herbs and spices in cooking

So, why would someone use herbs and spices in cooking. Healthy herbs have many benefits. If you use herbs in cooking, you can significantly change the taste of the food. But, be careful not to over do it. In that case the meal will have too strong taste and won't be good.

Here are some basic direction regarding using herbs in cooking:

The best option is to use fresh herbs in cooking. You can make your own little garden on the terase or balcony. If that is not possible, try using fresh dried herbs. Culinary herbs have many benefits and that's why herbs should be used in cooking as often as possible.

Many herbs are full of vitamins, minerals and antioxidants. Herbs like basil, mint, oregano, sage, thyme and rosemary come from the same family and have huge effect on the health. Some herbs are so beneficial, that they can prevent diseases such as Alzheimer's disease. So, not only will herbs used in cooking enhance the taste of the food, they will do something amazing for our health too.

Here are the health reasons why use herbs and spices in cooking:

So, what are the benefits of cooking the food in ceramic cooking pots?

Not only can they be used for cooking all kinds of different food, but the food itself taste much better and is healthier.

Here are the main benefits of using ceramic cooking pots:

Clay and ceramic cooking pots are great option for trying healthy cooking techniques, because the food is cooked for a longer time, the nutrients are kept in the food, instead of the water and the food is fresh and healthy.

Cooking time is longer than classic baking, because the time is need for the cooking pot to be heated and than the food starts to cook. But, that gives the food some special taste, which makes the food delicious.