On August 1, 1920, was born an adorable baby girl named Loretta Pleasant. Her parents Eliza, & John Randall Pleasant, were most thrilled by the birth of their new daughter. Loretta had a sad childhood, and a very sad life. Being only three years old, Loretta's mother had passed, and with her single father not knowing what to do, with ten children. He had packed up the kids, and sent them to Clover Virginia, and sent his children to other relatives.Know one knows where, but some how Loretta had awarded the nickname, Hennie, or Henrietta. Had been passed over to her grandfather.

She wouldn't spend her time alone there, but with her cousin David. Ten Years Later Henrietta was 14 when she got married, to her cousin David Day Lacks. The wedding occurred on a beautiful April day in 1941. Henrietta had grown a beautiful life, and family, she had enjoyed the simple things in life. 1950 Henrietta had felt a knot in her belly, and there thoughts were right, she was pregnant with their fifth child.

But after giving birth Henrietta started bleeding abnormally, and very profusely. Very worried, her doctor had tested her for syphilis, which had come back negative. The doctor had then refereed her to Johns Hopkins Hospital. Not only due to it being the nearest, but because it was the only one that treated black patients at that time. 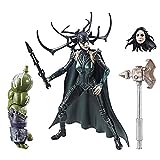 So on January 29, 1951 Henrietta had made the journey to Johns Hopkins Hospital. Her new doctor examined Henrietta, and the lump in her cervix. The doctors had never seen anything like it in there who'll life. The doctor had cut a part of her cervix, and sent it in for screening, where they had discovered a malignant epidermis carcinoma, of the cervix, or also known as cervical cancer. The Doctor, had decided to treat Henrietta with radium tube inserts that had been sewn in to place. Then after many days, the doctor had decided to remove the tubes, and let Henrietta go home . But with instructions to return for X-ray treatment, and that was her follow-up.

During thous radiation treatments, doctors had removed two samples of her cervix , one of these parts was healthy, the other unhealthy. When they confronted Henrietta, to ask for permission, she had denied. But even though her consent was not given, the surgery had taken place. These cells that the doctor had cut out, would eventually become the Hela immortal cell line.

Henrietta, had endured enough torment, at the age of 31 Henrietta had passed. It was a cold October 4, in 1951, that 5 children went motherless, and one extraordinary woman had died. But that would not be the end of Henrietta, by far. Remember how I mentioned the Hela cell, and thous two pieces that they had cut off? Well here is the rest... The doctor had sent thous cells to George Otto Gey, where they had found the first successful in vitro which was a profound future benefit to medical research. This sorrowed the lack family due to Henrietta's lack of consent t to cut. But yet Gey donated both the cells, tools, and his lab to any scientist requesting to research.

The cells were later commercialized, although never patented in their original form. Her cell line, is known as immortal, due to the fact that it divides an unlimited amount of times in a laboratory, as long as cell survival conditions are met. There are several strands, due to its never-failing to evolve. This is a miracle considering most cells don't last but a few days out side of the human body.

Hela cells have been used many times and over many occasions, these are a few of thous occasions: To test the first polio vaccine, The effects of radiation and toxic substances It has been as of 2009, in more than 600,000 scientific articles Used in testing the Parvo Virus infection in cells In OROV, where cells begin to degenerate shortly after there infected In many cancer studies Help prevent cervical cancer, through EEMP They even have gone as far as Leigh Van Valen, believing due to their ability to duplicate indefinitely. That this would be the contemporary creation of a new species.

But yet we should never forget that all of this, was without against Henrietta's wishes. The amount of respect that her body was given was none. Her family could not afford a proper burial, for many and many of years. In fact it was not until almost 60 years later would she receive her headstone.

In 2010 however Dr. Roland Pattillo of the Morehouse school of medicine donated a headstone for Henrietta. Her tombstone touches all who read: Henrietta Lacks, August 01, 1920-October 04, 1951. In loving memory of a phenomenal woman, wife and mother who touched the lives of many. Here lies Henrietta Lacks (Hela). Her immortal cells will continue to help man kind forever. Eternal Love and Admiration, From Your Family