Honey is used as the natural and simple home remedy along with hot water for treatment of typhoid due to its ability to provide sufficient energy and soothing effect on intestines.

Honey is used in rituals of several religions. It is the important ingredient of 'Panchamrit' or 'Charanamrit' offered as 'prasad' for Hindu Gods and later distributed as blessed food to devotees after completion of worship. Other ingredients of Panchamrit are sugar,milk,yogurt and ghee.

Honey is also a part of baptismal ritual.Ayurveda adores honey for its characteristics of penetrating the deepest tissues of the body that makes it a perfect companion for medicinal preparations since it increases the efficacy of such preparations improving their reach to deepest tissues.

Gargle with warm water mixed with two teaspoons of honey, a pinch of salt and juice squeezed from a normal size of lemon.

Inhibits bacterial growth: Honey provides protection from infection caused by microbes and viruses. Its low water activity makes it a natural treatments for wounds and cuts.

Enzymes in the honey produce hydrogen peroxide and inhibits bacterial growth. Honey is known for its healing properties.

A mixture of garlic and honey is considered better in cleaning wounds and managing infections than the ointments commonly used.

Acts as mild Laxative: Honey may provide relief in constipation as it is believed to act as a mild laxative.

Few precautions:
1. Avoid feeding honey to infants of less than twelve months: Reports of infrequent presence of Clostridium botulinum spores makes its use unsafe either as raw or mixed in baby foods for the fear of botulism poisoning in infants.

2. Allergies: Available reports suggest that people having allergies to pollen and dust should not use honey without testing allergic reaction to its use.

A better substitute of sugar: Honey is known to be a better replacement to the high calorie sugar and a natural choice of food for reducing weight

Effective in treating gastroenteritis: Honey's beneficial effects in treatment of bacterial gastroenteritis is well supported by the research work carried out by qualified researchers.

Alleviates cough: Penn State University research shows that honey may alleviate cough in a better way than over the counter drugs.

Acts as a skin conditioner: Honey is recommended by beauticians for skin conditioning and believed to reduce facial redness and acne. It is used after mixing with castor or olive oil for conditioning of hair or facial skin.

Useful in Hepatitis-A treatment: Honey has been reported to reduce the activity of ALT (indicative of liver damage) that may explain its usefulness in Hepatitis A treatment. 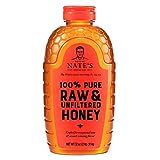 Honey is being used in Ayurveda medicines for thousands of years. Hundreds of Ayurveda remedies have honey as their important ingredient.

Honey was used to promote virility and longevity by Greeks in ancient times.

Honey was used extensively as a remedy for various health problems traditionally by Chinese and Russian people.

Honey is used with milk to promote fertility since Biblical times. Honey finds mention at 66 places in Bible due to its healing ability.

Homepathic medicine 'apis' is prepared using the stings of the female honey bee. Apis is used as a remedy for various ailments.