How To Quit Smoking

Roselyn has been a freelancer for 40 years. She had been a street vendor, a baker, and a cook—until she found her niche: writing. :)

You've been wanting to quit smoking for quite some time but you're always finding reasons to postphone the big date. You heard that smokers are known to gain weight when they stopped smoking. And you don't want a large waistline so you decided not to quit yet.

Then you noticed that hacking sound of your dry cough. You get tired easily. You get out of breath when you run a short distance. You have unsightly stains on your teeth and dark dots on your lips. Your skin looks dry and prematurely old. Your eyes bloodshot and some of your nails dark yellowish with nicotine stains.

Which do you want: a weight gain that you can control or an ageing look that's brought by your controllable smoking habit? There's also a host of other smoking-related fatal diseases. Even your non-smoker loved ones are also prone to get ill because of your smoke. Smoking is destructive to the environment, too.

So you must choose the first option. QUIT smoking. But how? You're actually trying to attempt several times now but still a failure.

Have you tried all methods out there? There are a variety of ways on quitting smoking. Some ideas sound crazy and silly but they worked great with a number of ex-smokers.

Don't get discouraged because it is just normal for quitters to slip back to their old smoking habit after stopping for a year or so. Hey, don't be dismayed. Trying to quit is not a waste of time. Kicking the habit of smoking is not easy but not impossible. A survey says, about 3 million Americans quit smoking each year. And even when some of them slipped back, many of those have succeeded after several attempts of quitting. It's just a matter of time and will power.

Smoking is a habit, a really bad habit. And many smokers have been able to kick off this old habit with new habits. You don't have to suffer from 'cold turkey' or go through a rehabilitation program or seek medical help. Because smoking is not an addiction. It's just a habit.

If you smoke a pack of cigarettes daily, you'll be repeating the smoking ritual 20 times a day. You'll be hunting out for your cigarette case and lighter, putting one stick between your lips, puffing at it several times while lighting the tip, inhaling the white smoke into your lungs and exhaling with your eyes half-closed. This is the ritual that you perform automatically every time you smoke.

If you're a chain smoker, you'll be consuming 2 to 3 packs a day or 40 to 60 cigarette sticks a day. Your eyes will surely bulge if you'd also compute how much money they're worth. 3 packs a day is equivalent to 90 packs a month. Isn't that a bad joke? You're paying that much money to have your lungs and other body parts messed up with tobacco poisons: nicotine and tar. (My apologies to all smokers. I don't mean to sound harsh or judgmental. I just speak from experience:) 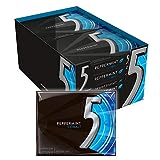 I was a former smoker myself. I started smoking cigarettes at the young age of 15. I won't put the blame on those macho and sexy advertisements or to peer pressure. My school friends are all non-smokers. My late father was a smoker though. He stopped when he discovered my smoking. He tried to set a good example but it was too late.

I was able to quit when I turned 28. For 13 years, I've been smoking on and off. I stopped when I didn't have enough funds for cigarettes. I slipped back when I have the money to buy them. Good thing for my kids, I was also a non-smoker during my three pregnancies because I hated the smell of smoke. Unfortunately, I promptly acquired back the habit after several months of fighting off the temptation.

On my third pregnancy, I started building a harder resolve in my mind. Because I chain smoke, my cigarette fund was giving a big dent on our family budget. My husband was also a smoker (but not as worse as I). So after giving birth to my youngest, I haven't tasted a cigarette up till now. For the past 15 years, I still feel tempted to light up a stick but the spark was always extinguished at once. Raising 3 kids created a series of routine: bathing, feeding, playing, etcetera. Being a mother and a wife occupied every minute of my day. I didn't have time to think of smoking, except when I saw a billboard or watched TV ads of cigarettes.

I was able to quit smoking so easily because I grabbed the last opportunity that I had. I hated smoke whenever I get pregnant so I did not suffer from any withdrawal symptoms or relapses, which occur within the first 3 months as a quitter. The hardest part for me was to persuade my husband to quit smoking, too. He had to do it the 'cold turkey' way and he always postponed stopping. After several attempts, he succeeded. Our youngest child was already 6 years old then. She would scream shrilly every time her father lights up a cigarette. It was like having a firefighter truck inside the house but it helped:)

More Tips on How to Stop Smoking: