How to Stop Kids from Sucking on Their Fingers and Thumbs

Natural habit from the day were born

Thoughts from a Mommy of five

I think the first thing we must learn about when searching for answers on how to stop our children from sucking their fingers and thumbs is to understand "why" children do this. Things that I have noticed over the years that have been happening when I caught my kids doing this annoying bad habit are:

So, in my theory, if we can head off these things before fingers hit the mouth, then we will be able to perhaps "teach" them new ways of handling these situations. 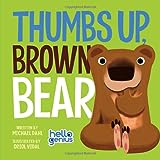 There's nothing to worry about really

There's really nothing to worry about until your child reaches the age of six years old, before then there is really no dangers in this annoying bad habit except for it being annoying to you. It's natural as a baby to do this as a calming effect.

Most children stop this on their own between the ages of two- four. After they reach six years old , then you should start worrying, but if you have practiced the above suggestions chances are they will have left this habit far behind them.

Listed below are the potential dangers of thumb/finger sucking:

Some home remedies placed on their fingers that people have suggested to me, though I've never tried them as it just seems plain cruel to me:

Most of these don't work depending on the age of the child because most will just wash it off or learn to adjust to the flavors.

There are commercially sold products to aid parent of this habit as well, but most involve placing it on the child's fingers as well.