How We Make Decisions

We human beings pride ourselves on being rational creatures. We make many decisions all day long, everyday.

We would like to think that we evaluate situations and formulate rational and correct decisions based on a higher level of thinking. But the reality is, that when we are faced with uncertain and new situations, we are not as careful as we think we are in making accurate decisions.

What really happens is that our decisions are dependent on mental shortcuts that can lead to illogical decisions and foolish mistakes. We tend to take the path of least thinking, one that tends to be the easiest way to decide.

Decision making is actually harder than we give ourselves credit for. In choosing, we try to not have regrets and have the greatest gain. Perhaps it is because we make so many decisions in the course of a day, perhaps it is a form of perfection, or aversion to risk.

We try to decide based on what we know against the uncertainties we don’t know. We look to balance instant gratification against the benefits we gain longer term. We try to weigh the information to make wise judgments, no matter if the decision is big or little.

Decision making is the choices we make between various alternatives and options we are faced with. Decision making has long interested psychologists, scientists, economists, marketers, and philosophers.

It is big business for marketers and economists to figure out what influences us to make certain decisions. Psychologists are interested in the whys of decisions because it tells us so much about the thought processes and human behavior. Scientists are just learning about how the brain functions as it gathers information towards making a decision.

In 1670, a French philosopher, Blaise Pascal, formulated a ‘Theory of Expected Value’.Expected value theory says you should always choose the option with the highest expected value.

There are many complex factors that play a part in the decisions we make.

How Does the Brain Help Us Decide

Making new decisions from new information creates a certain amount of uncertainty and risk, which requires greater evaluation and more reliance on past choices made and the outcome that resulted.

Uncertainty leads us to seek advice and sometimes rely on the advisor’s knowledge. This is known as “brain off loading”. Using an fMRI (functional magnetic resonance imaging) to see what is going on in the brain, researchers were able to see that when people were given monetary advice by financial advisors, particular areas of the brain that were involved in independent decision making. These areas actually became less active, and they then let the experts guide them. This made it easier for the individual to choose one choice from another.

In understanding somewhat of the brain, it appears that the cerebral cortex, which is the outermost layer of the brain is associated with decision making. The front most part of the cortex, known as the anterior cingulate cortex is part of our optimal decisions.

This region communicates with areas of the brain, where thought processes consider new and unique inputs, recollections of previous decisions, risk and reward, cost benefit evaluations and other information that the brain compiles and forms into a decision.

Scientists do not yet understand how the brain does this and which regions communicate with each other to facilitate the process of decision making.

In another research study done by Ap Dijksterhuis, Maarten Bos, Loran Nordgen and Rick van Baaren, they found that the more complex the choices, the more strained our internal decision making resources become, and our ability to make quality decision declines as a result. Complex decisions tax our thinking powers.

When we make decisions based on our instinct, or unconscious decisions, we don’t use our cognitive resources at all, so the complexity of the choice doesn’t lessen the effectiveness of our instinct.

Both studies demonstrate that we need logical and instinctual thinking to make different kinds of decisions.

Some psychologists believe gender affects decision making. Men and women look at the world differently. Men we the world more as black or white, women see the world more in shades of gray. Men can be more decisive and more proactive. Women are more cerebral and tend to be more receptive to other people’s input.

In another research study done by neuroscientists at Yale University and Columbia University concluded that our emotions affect our decisions. We make our decisions based on a reward. Making poor decisions comes from being in a negative emotional state or dysfunctional brain activity.

Emotions play a contributing role to our intelligence and our ability to make our way through life. The more we understand our own emotions and acknowledging that our feelings affect our decisions, the way we res. pond to situations, and the internal drive that motivates us to make decisions and achieve.

What Science Tells Us About Decision Making

Researchers at DePaul University found that by concentrating on our feelings, not the details of the decision, we may be better able to make quality choices when faced with making complex decisions.

Our emotions are designed to guide us from prior experiences we have had to make quick decisions. Our emotions quickly assess a situation to see if it aligned with our desires. Over thinking can at times interfere with our emotions that might help make a better decision.

Stress and anxiety may make people more creative and productive and open us up to better decision making.

Jonah Lehrer, a neuroscientist, who wrote a book, How We Decide, found that individuals who had damage to the emotional centers in their brain could not make decisions.

A team of scientists in Berlin, Germany, did a study and found that many decisions we make our done unconsciously. They scanned the brains of participants to see what happens in our mind right before a decision is made. They found that much of what we decide is done unconsciously, which prevents our brain from being overloaded by ordinary tasks.

At the University of Rochester, Alex Pouget, found that people make optimal choices, but it happens when the decision was made unconsciously. He found that the brain generally made the correct decision without consulting the conscious part of our brain. 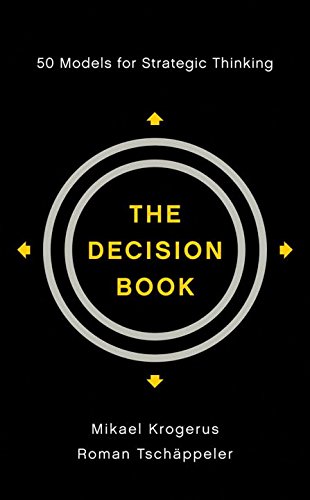 Stress and Willpower and Decision Making

There are times when it is best to trust our feelings. Sometimes we need to engage more cognitive thought to proper decisions.

Willpower also plays a role in our decisions. The more fatigued our brain is at making decisions, the less self control we have. So it is important to make difficult decisions early, before our brain gets tired, in order to make the more correct decision.

Angelika Dimoka, who is the director at Temple University for the Center for Neural Decision Making, conducted a study to see what happens when our brain becomes overloaded from making decisions. What her research uncovered was that our prefrontal cortex functioning declined when it was overtaxed. It interfered with our logical ability and the subjects made stupid errors and poor choices. When they had too much data to deal with, participant’s decisions were less logical and made less sense. Too much information, can actually debilitate us.

Not all decisions should be made methodically or consciously. Yet, the ability to make decisions is such a powerful thing. While all creatures have instinct and emotions, and drive, we humans are able to weigh our options, deliberate points, dream, and imagine the possibilities as we arrive at a choice.

Stress affects good decision making. But not in the way you might think. Results of studies have shown that in order to evaluate risks and reward, people tend to focus more on a positive outcome. You would think stress would do the opposite, and would impair our decision making. When people are making hard decisions under stress, they weigh their alternatives and lean towards the positives more than the negative considerations.

Decision Making and You

Are You a Decisive Person

The Power of Choice

Many decisions we make are influenced by who we are and what we have been through. Our past experiences, our emotions, instincts, willpower, and risk tolerance heavily influence which way we will decide. The more options we have, the more complicated and more overwhelmed we may become by the decision. It can also take us longer to decide when we are overloaded with information.

As researchers learn more about how we make decisions, science will gain a greater understanding about other decisions we make, such as addiction to alcohol and drugs, gambling, impulsive behavior, signs of aggression, schizophrenia, brain lesions, and other physiological and mental disorders that impact why and how we make decisions.

Decision making will always have a human component to it. Technology can help us explain how we make decisions, but the final choice of choosing will always be a test of being human.