How to Avoid Getting a Good Night’s Sleep

There are plenty of articles out there that give you great advice on how to get sleep. But what if you don’t want to sleep? What if you enjoy avoiding restful slumber? What if you want to capitalize on the fatigue, the headaches, and the general grumpiness that comes from never getting a good night’s sleep? Forget about those wasted hours spent under a comfy blanket and with fluffy pillows. You never have to catch Zs or saw logs again. Here’s how.

Let animals sleep on your bed

Sandy Eckstein of WebMD says that almost half of dogs sleep in their owners’ beds, and over 60% of cats sleep in their owners’ beds. If you, like me, suffer from allergies, having those pets on the bed can really aggravate the sniffles and coughing, and while a HEPA filter and changing sheets on a regular basis can help, you’re still setting yourself up for extra allergens you can avoid.

And even if you don’t have allergies, you can still get annoyed by your pets, no matter how much you love them. More than half pet owners says that their sleep is disturbed at night by their pets if they are sharing their bed with them. As someone who often wakes up when a midnight cat freak-out leads to having my face run over by four-little-claw-extended paws, and who also wakes up when my 40+ pound dog decides she wants to “cuddle” up nice and close, especially in a thunderstorm, I can tell you that animals are the perfect way to avoid getting 40 winks.

Drink a lot of soda and/or coffee

Caffeine can be your friend. It keeps you moving, it gets you up, and it helps you avoid a full night of shut eye. Of course, it’s not just the caffeine. Even if you choose drinks without caffeine, having a full bladder might wake you up. And, even worse, drinks with caffeine and carbonation are like acid to those of us who suffer from acid reflux. So even if the caffeine lets you sleep, you’re still likely to be woken up by bile rising in your throat. Nothing feels better than sitting up and trying to avoid reflux or trying to stop the jitters caused by drinking a big cup of coffee at 11 p.m.

Eat foods that cause heartburn

It isn’t just caffeine that can make things repeat on you. Eating a big meal late at night, or doing a late night run to Taco Bell or Denny’s, may not be the best idea if you had actually wanted to sleep. If, on the other hand, you have no urge to get that night’s rest, then go to town! Tomato-based products, fried foods, and even mint can repeat on you for hours, especially if you are prone to heartburn or have acid reflux. These foods can help keep you awake and moving all night long.

Listen to loud music or TV

Personally, I love falling asleep to a TV or music. The sounds of people talking quietly or singing can be soothing. But if that volume is just up a mite too loud, then I can keep from sleeping for quite some time. An explosion, a sudden jump in volume due to a commercial break, or even a different show or song coming on is enough to wake me up from what had been some of that unnecessary sleep.

It isn’t always just the volume of the TV that can help you avoid sleep. Sometimes it’s the content. There’s nothing like watching a great horror movie marathon before going to sleep. Aim for something that is sure to provoke nightmares – lots of attacks in the darkness, zombies, or even some good old fashioned body snatching. The scarier the better. Even if you tend towards loving horror movies, which I do, there are still some things that suddenly get scary when it gets late at night and nice and dark outside, especially when you’re alone. Or, even better, if you’re alone except for a dog that like to bark at nothing. It’s a surefire way to keep those eyes from closing for too long.

Get involved in a computer game or app

If you’re looking to while away the night and keep yourself going, get those little bright lights going! Sit up in bed with your laptop, iPhone, iPad, or whatever else has those addictive little games on it is another awesome way to avoid getting to sleep. The lights are stimulating, and the games often go on forever and forever. Levels can make you feel like you’re accomplishing something , and it’s hard to stop when you’re winning. You start out clicking and poking at midnight, and before you know it, it’s 2 AM, and you’ve managed to whittle down the amount of sleep you can get to four hours or less!

Have too much light on

Personally, I hate a completely darkened room. But there’s a fine line between enough light and too much light. A nightlight in the bathroom or hallway generally provides enough light at home, but when I’m traveling, it can be hard to find that perfect balance. Too much light in the room means that I’ll be tossing and turning all night, unable to get any of the elusive sleep. Not enough light in the room means that I’ll wake up, disoriented about where I am. Either way, the light situation can promise a great night for those who like their calisthenics in the form of nocturnal twisting and turning.

Turn your bedroom into an office

When it’s time to go to bed, don’t stop working. You might still be able to get in some productive work time by bringing your work to bed with you. Set up a lap desk or just put that laptop on your lap and throw your papers around you. If you’re lucky, you’ll turn what should be a room of rest and relaxation into an extension of your office, and you’ll be able to avoid sleep for hours and hours while you stress and work. 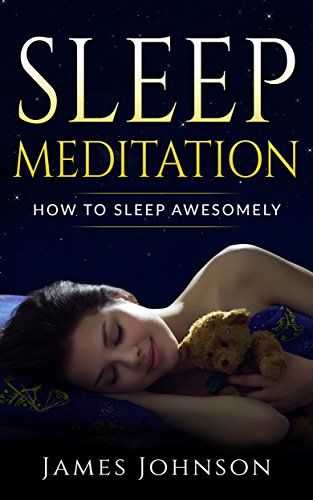 The easiest way to avoid sleep at night is to be stressed out about your day. Don’t let anything go. Avoid meditation. Don’t focus on your breath. Don’t focus on letting go of anything negative. Keep those heightened emotions and aggravations near and dear, and toss and turn your way to morning, avoiding even the pretense of getting a little of that dreaded slumber.

What keeps you from sleeping?