How to Lose Weight with Garcinia Cambogia

Garcinia Cambogia, or G. Cambogia, is a small fruit that grows on trees in Indonesia, South Africa, South Asia, and India. Also known as the tamarind fruit, it resembles a small pumpkin with a color range of yellow to orange. Although the taste is reported as "fruity," it has been said that the flavor is a little on the sour side. Used for many dishes as a aid in digestion, a thickener, and a flavorful broth in soups and chutney, G. Cambogia has been uses in Ayurvedic medicine for centuries. However, now it has been revealed by several scientific studies and research that G. Cambogia may be an effective anti-obesity supplement that inhibits the formation of body fat, acts as an antidepressant for emotional eaters, and restores lean muscle mass and decreases fat. And the best part, is it's very inexpensive to purchase!

G. Cambogia has been used as food for thousands of years in soups and sauces for its medicinal and digestive properties. More recently, it has been observed in studies as an accelerant in weight loss, and people have lost two to three times more weight when added to a healthy diet. The rind or skin contains a compound called Hydroxycitric acid (HCA), that increases the burning of carbohydrates and inhibits the production of fat. So, your carbs are burned off instead of being stored as lipids or fat.

Since the Hydroxycitric acid blocks the production of fat and burns off carbohydrates, the supplement is believed to be instrumental in lowering cholesterol in the body.

The Journal of Obesity: 23 Studies of HCA in the form of Garcinia Cambogia

The neurotransmitter, mostly serotonin, is burned off in our hectic schedules, daily worry, and blocked by the secretion of cortisol from stress. G. Cambogia provides an increased use of carbohydrates and signals the brain that the body is full and hunger is turned off by increasing the amount of serotonin in the brain. Serotonin is the same neurotransmitter that is targeted by anti-depressant medications. G.Cambogia can supply this serotonin without the usual side effects of prescription medications for depression, and users won't be driven to eat for energy, stress, or from the effects of cortisol production.

Since the fruit is rarely exported to Europe, Canada and the USA, high quality supplements of the HCA extract can be utilized to get the same weight loss and health benefits as eating the whole fruit. G. Gambogia is very inexpensive and is becoming easier to find in local drugstores and supermarkets. Dosage is as tolerated, however, the experts say never to take more than 2,000 mg daily. Always ask you physician about dosing and before taking any supplements to be sure it does not conteract your prescription medications. Take G. Cambogia with food to avoid stomach upset as experienced in some individuals. Some people report drowsiness, while others report a "speedy feeling." Many report an increase in mental well-being and less stress.

As with all supplements, always consult your physcian before adding any new medications or supplements to your diet

It's an Inexpensive Supplement

Possible Medication and Condition Side Effects in Humans

No epidemiological studies or case reports investigating the association of exposure to Garcinia cambogia extract and cancer risks in humans were identified in the available literature.

According to distributor warning labels, the consumption of Garcinia cambogia extract is contraindicated in diabetic patients, subjects with Alzheimer’s syndrome or any other dementia syndromes, and in pregnant and lactating women (Woodward, 2002).

The potential drug interactions of Garcinia cambogia extract described by distributors include interference with antiarrhythmics, nitrates, and calcium-channel blockers; antagonism of beta-adrenoreceptor blocking drugs; potentiation of cardiac glycosides; increased risk of hypokalemia; and risk of arrhythmia when combined with depolarizing muscle relaxants or terfenadine (Nutritionfocus.com, 2003).

*This material was prepared for the National Cancer Institute (NCI) for consideration by the Chemical Selection Working Group (CSWG) by Technical Resources International, Inc. under contract no. N02-07007. 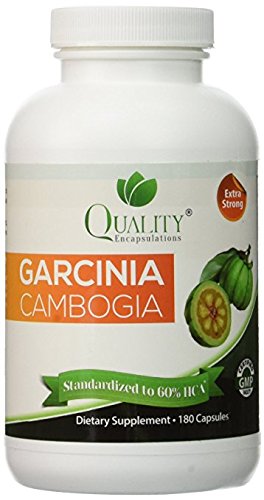