Mental Health problems that can last a lifetime

The diagnosis Schizophrenia is generally used in the medical system to describe a range of symptoms which are classified as psychosis. The sufferer is unable to distinguish their own intense thoughts and feelings from the reality which is often very different. Examples of psychosis can be when a sufferer hears voices or believes that other people are able to read their minds and control them.

Psychiatrists seem to be divided in their opinion as to the origin of the illness. Most regard such symptoms as hearing voices as a psychiatric disorder and usually prescribe tranquillisers to calm the patient down. Some psychiatrists prefer to treat the patient holistically by stressing the need to think about individual experiences and the importance of what that experience means to the individual.

Psychiatrists usually look for a range of the following symptoms

If you have manic depression it means that you can swing from moods of deep depression to periods of overactive excited behaviour known as mania. Sometimes when the pendulum is swinging between the two it stops and there is a period of relative stability. In manic depression the everyday up and downs of life are treated as an extreme and the reactions are totally off the scale . When in a manic state the sufferer may feel euphoric, self important and full of empire building ideas. They may spend money quickly and build up large amounts of debt, especially if they have access to credit cards. This may be accompanied by little sleep and little to eat and their speech may become rapid and indistinguishable. They may be prone to irritation and anger at the smallest thing.

When they are out of the manic phase the sufferrer may well be very shocked by what they have done and the effect that it has had on their friends or their finances. If they then move to the depressed phase they can have feelings od overwhelming despair, guilt and worthlessness. If they have problems concentrating it can make even the simplest tasks difficult.

Sometimes patients are diagnosed with Unipolar affective disorder because they experience the depressive phase without the manic phase.

This is a less severe form of mania which is not usually followed by a major depressive episode. The frequency of suffering can range from one or two a lifetime to rapid cycling which is more than four episodes in a year.

What do we mean by personality? It is generally regarded to be the pattern of thoughts, feelings and behaviour that makes each person the individual that they are. People do tend to behave in fairly predictable ways and are often described according to their behaviour. For example you might describe someone as loud and outgoing, or shy.

Although your personality does not change much from childhood you do mature as the years pass by. People usually learn from their experiences and adapt their behaviour to cope with life more effectively. If you have a personality disorder you are likely to find this very difficult to achieve. Patterns of thinking, feeling and behaving are so much more stubborn and you will have a much narrower limited range of emotions, attitudes and behaviours with which you try and cope with every day life.

Patients with personality disorders often have beliefs and attitudes that are different from the majority of other peoples. The behaviour may range from unusual to unexpected and in the extreme offensive. You wont be surprised to find that these patients have difficulty in maintaining friendships and personal relationships. They do find it very hard to interact with others and often feel alienated and alone. The risk of suicide in someone who has a personality order is about three times higher than average.

We all have different eating habits and there is probably no such thing as normal eating. Some of us like three square meals a day at precise times, others are happy to snack and go.

When we feel under pressure it often effects our eating pattern. Menstruating women may reach for the chocolate bars in those "pmt" days. Sometimes when we are feeling low we will crave warming soups or stews that we connect with happier times, but for the majority our eating habits swiftly return to normal once the difficulties have passed.

For some, food becomes the centre of their lives. They can over or under eat, starvation or binge. They might think about food and the effect it has on their weight but this will develop into constant pressure all the waking hours of the day. Or they can become so addicted to food that they eat and don't want to stop even when their body tells them it is full. The problem is that we need food to live and it is a problem that we need to deal with on a day to day basis.

It is really important to understand that the problem is not only with the food but with the underlying problems which patients cant express. Focusing on food is a way of disguising this even from themselves. 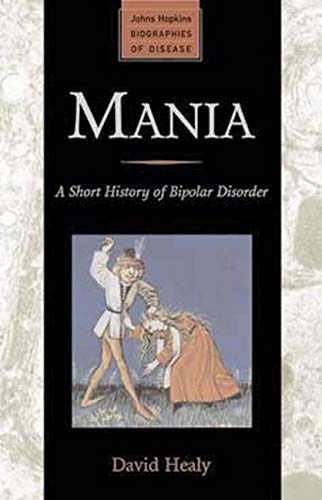