Bags, shoes, laptops, belts. Everything is screened. But you.

High value facilities will always require security. This is the case, regardless of whether the facility is public or private. If it holds resources that are in demand, or serves as an icon for a controversial ideal, then it is at risk of being targeted for attack. Those who design security systems are always looking to refine their protective methods. In this article, I will be discussing why security should be focused on detecting persons of interest over material items and the role of interpersonal communication in this process.

With this premise in mind, let’s examine one of the highest profile public facilities for security: the airport.

Airports are a voyeur’s dream. A passenger in an airport has the dubious perk of being able to observe people from all walks of life with the certainty that they will most likely never meet that person again. For a traveller, that makes for good eye candy. For a security operative, that presents a daily challenge. There is no environment that is more challenging on an interpersonal level, because the majority of the participants within an airport are transient and everyone is a stranger.

While front-end security at airports has improved over the last decade in response to the 9/11 attacks, this improvement is for the most part achieved by the implementation of tech-heavy checkpoints that function according to rigid standard operating procedures. The security operatives themselves work these systems like the acne-scarred kid who serves you your cheeseburger and fries at McDonalds. They follow the same steps and the burger comes out at the other end – or the passenger in this case. The benefit of these inflexible security protocols is that they can be staffed affordably (ie: they only require a basic and replicable skill set), they are efficient in handling mass quantities of passengers and are for the most part effective for known security risks that the standard operating procedures have been designed to cover.

The question is: Does the system ensure only legitimate people are allowed beyond the checkpoint?

The answer is no for a number of reasons. In terms of facility integrity, the disadvantage of these inflexible systems is that the system only works until someone finds their way around the system. For example, an offender with forethought can compromise simple x-ray screening with ceramic edged weapons in the same manner that the 9/11 bombers compromised airport security with box cutters. Additionally, separating explosive liquids into separate containers that are spread between multiple passengers can easily compromise the 100ml liquids rule. Even placing security checkpoints at fixed locations without randomized internal security measures (as is the case in most airports today) means that if an offender is able to smuggle weapons beyond this point via another channel, they can operate without worrying about the checkpoint at all. After any such compromise has occurred, the standard operating procedures form a predictable routine that a suspicious person (given the phonetic alphabet title of ‘Sierra’ by security staff) can work around. Then the rigidity of the system actually works against the security operatives. A Sierra who knows the system can work it to his benefit to reduce the likelihood of being caught.

In terms of the main focus of such systems being on detecting prohibited items, the protocol again fails to provide comprehensive security. Modern checkpoints attempt to overcome the difficulty of screening so many transient people by strictly regulating the items introduced into the facility by these people. By focusing solely on detecting prohibited items, the protocol does not address whether the passenger is actually a legitimate traveller or someone with a threatening agenda. This obviously leaves much to be desired. However, screening millions of unknown people on a daily basis to determine the threat level they represent is a daunting task that relies on one thing that cannot be standardised: Security operatives. This subjectivity carries its own risk.

Effective security operatives always expect that Sierras are present within a population to be screened and that they will undertake information gathering before they make their move. This means that these security operatives assume that they are being watched, that their procedures are being observed and that the routine that they follow will eventually be used against them. For this reason, the best security systems do not only rely on static security posts that operate on standard operating procedures that are ‘item’ focused to stop a threat. Rather, they employ two key methods that limit the impact of the aforementioned deficiencies and endeavor to identify threats during the information gathering phase of an attack (where banned items may not even be a factor). The first is concentric rings of protection and the second is interpersonal interrogation. Both techniques were refined on the front line of terror – in Israel. They form a cornerstone of all Israeli security procedures. In an environment where terror is a daily threat, these methods have stopped countless attacks and saved many lives. This is reason enough to incorporate them into your own security protocols wherever you are – whether in a public facility or a private area. In this article, I will focus on interpersonal interrogations.

Enhanced Interrogation: Inside the Minds and Motives of the Islamic Terrorists Trying To Destroy America
Buy Now

As mentioned earlier, most modern security checkpoints fail because they are geared towards detecting prohibited items instead of Sierras. The logic for the shift in focus is clear: a prohibited item may be a threat in the wrong hands, but the wrong hands within your secure environment will always remain a threat. By failing to focus on unmasking the Sierra in the first place, you miss a valuable opportunity to prevent an attack before it begins. Interpersonal interrogation brings a skill set that can correct this deficiency if implemented effectively. Using these techniques, you can bring the security focus to where it needs to be: on the person passing through the security check.

If anyone has ever caught an El Al plane anywhere in the world, this procedure will be familiar. If you intend to board one of their planes, you will need to speak with their security staff before you check in. The approach seems like an informal chat to most passengers, but it is actually a very effective security tool. Consider these statistics – El Al is the national air carrier for Israel, the most targeted country for terror attacks worldwide. While there have been attacks carried out on the ground at check in areas of international airports, since 1970 there have been no effective attacks on board an El Al plane anywhere in the world. Zero. It represents a perfect success rate for preventative security against a constant threat. That is no mean feat, considering the many thousands of rockets and improvised explosive devices pointed at Israel right now.

When a person first enters the checkpoint, the security operative needs to immediately establish authority and maintain it for the duration of the encounter. This is achieved through positioning, positive use of body language, eye contact and voice pitch and volume. You should take the interviewee aside to a place where they are isolated with you, in an environment that minimizes distractions and outside stimuli. This does not need to be a separate room; it can be a few paces from a queue (as is common in an airport, where space limited). Remember, this is not about intimidation but rather about affirmative psychology - so do not overdo it. The goal here is to set the roles between you and the interviewee for the upcoming exchange, being that you require information and they are expected to supply it in a serious and prompt manner.

During their answer, you should observe the physical indicators of the interviewee. These indicators include:

Some leeway needs to be given for eccentricities during a security interview, because it is a stressor to many people. However, extreme or unwarranted behavior in any of these areas should be considered as a red flag. In any case, by noting these characteristics, a security operative can form a baseline for the interviewee. If this negatively changes during the course of the interview, this may indicate that an individual requires further screening or exclusion as a Sierra.

Security operative: “What is the reason you are travelling today?”

Interviewee: “I am going to visit my parents in Jerusalem”

At this point, you should use the response given by the interviewee to structure a compounded open-ended question. It should be asked in rapid response to the first question and aim to elucidate further detail from the interviewee about their first response. In this case, a follow up question would be:

Security operative: “So you have family in Jerusalem? Is there anyone else there apart from your parents? Where do they live and what do they do there?”

Step 5: Monitor the response, re-gauge the physical indicators and follow the line of questioning.

The compound question will introduce a new and dynamic information flow from the interviewee. You should follow the line of questioning accordingly, structuring new open ended questions based on the responses given to the interviewee.

As answers are given, you should monitor the physical indicators of the interviewee as discussed in step 3. As everyone knows, it takes more mental effort to consistently maintain a cover story than it does to provide truthful information. If the interviewee’s physical indicators begin to increase, then you may have a Sierra on your hands. In addition to this check, you should also:

Step 6: Change course / cut back on the fly.

When it appears that the interviewee is in ‘flow’ (a state of mind where a story flows naturally), it is recommended to change the course of the interview with a rapid change of topic, or by cutting back into facts revealed earlier in the interview. This can be either based on another piece of information provided by the interviewee, or a deliberate misstatement of that information. This topic change will interrupt the interviewee’s thought process, which is more destabilising to the part of the mind that relies on creativity versus that part which recalls factual information. It will also provide you with another opportunity to verify information given by the interviewee. For example, in the previous scenario:

By this point, you should be able to make your call about the legitimacy of the interviewee. However, if you regard the person to be illegitimate, it is always better to end the interview positively and make the interviewee feel that they have passed the check. If a threat exists, it is best handled in a manner that gives you a tactical advantage. If you are working in a team, then you should have a standard operating procedure organised which allows you to co-ordinate a response. If you are working alone, then you will need to decide the best measures and timing to deal with the threat. This may be immediately upon the conclusion of the interview, or at some later point while you continue to monitor the Sierra.

As a postscript note, always remember to maintain a subtle defensive posture when interviewing your subject. Remember, if you are in the presence of a Sierra and it becomes clear to them that they have been detected, it could become a self-defense situation very quickly. 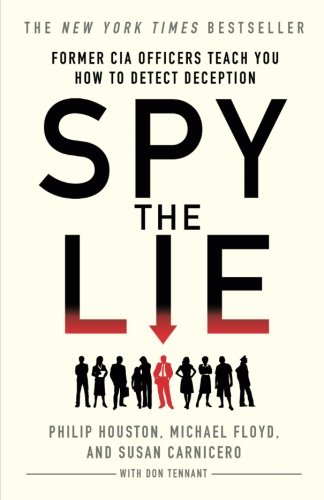