Why Vaccinations Are Important for Children

Polio vaccination started in 1957 in Sweden.

As parents, we are naturally concerned about the health and safety of our children. We install safety gates, child-proof door latches and in our cars we use child safety seats. Illness and death caused by infectious diseases was of immense concern even up to the middle of the last century. Although not as prevalent as in earlier years, outbreaks of disease are still a real concern especially considering the every widening scope of contact due to air travel which brings adults and children into contact with people from areas where disease control measures are not as advanced as here in North America. Vaccinations, especially in children, are an important part of disease control as they protect children now and later as adults by preparing their bodies to attack many potentially deadly and/or life altering diseases.

As a result of high rates of immunization, most of these diseases and others including pertussis, polio and diptheria have declined to near zero. 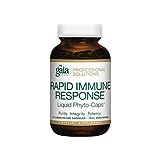 There are four different types of vaccines categorized by how they are produced:

1. Live attenuated vaccines are created from bacteria or viruses that cannot cause disease because they have been altered.

2. Inactivated vaccines cannot cause an infection because the pathogen is killed but they still stimulate the immune response and produce antibodies.

3. Toxoid vaccines treat the harmful toxins of bacteria with heat or chemicals, such as formalin, to destroy the toxicity of the toxin.

4. Using a part of the bacteria or viruses are the last method of vaccine production.

Infant and childhood vaccinations take full advantage of the immune system’s ability to build cell memory for protection against important pathogens likely to be encountered during childhood or later in life. The effectiveness of a child’s immune system is unlikely to be compromised by immunization. Indeed, evidence suggests that insufficient stimulation of the developing immune system by antigens may contribute to the increased incidence of asthma and allergy observed among children.1

Why Childhood Vaccinations are so very Important

Bjorksten B. Environmental Influence on the Development of Childhood Immunity. Nutrition Reviews 1998;56:5106-12.

How Vaccines Prevent Disease. Vaccines and Immunizations. Department of Health and Human Services: Centers for Disease Control and Prevention. May 11, 2011

Why Immunize? - National Network for Immunization Information. May 11, 2012.