When I was younger, I used to scoff at people who took a lot of vitamins and supplements, but now that I’ve just passed 50 and realize that I’m not invincible, I take supplements, too. I’m always researching information about dietary supplements that actually provide benefits. The latest that’s caught my attention is krill oil. Antarctic krill oil, to be specific.

Antarctic krill oil is oil that comes from krill. Okay, so what’s krill? Krill are tiny crustaceans that resemble shrimp. You’d never be able to make a cocktail out of these little critters, however, as many are only one centimeter in length. But what they lack in size, they make up for in sheer numbers and volume. In fact, they make up the largest animal biomass on Earth, and most krill are found in the Antarctic. Hence the name, Antarctic krill oil.

Krill are what baleen whales feed on. They take huge gulps of seawater and filter the krill through their whisker-like baleen.

Why are krill oil supplements beneficial?

Krill oil supplements are beneficial to humans for several reasons. For one thing, oil from krill contains the healthy omega-3 fatty acids eicosapentanoic acid (EPA) and docosahexanoic acid (DHA). These healthy fats can have a powerful positive impact on the cardiovascular system, reducing harmful LDL cholesterol and increasing healthy HDL cholesterol. Krill oil can also lower blood pressure and triglycerides, and because it makes platelets in the blood less likely to stick together, it decreases the chance of blood clots.

Krill oil supplements can also reduce the pain and inflammation of osteoarthritis, rheumatoid arthritis, menstrual cramps, and muscle strain. The oil from krill has also been shown to help control the symptoms of PMS and to treat ADHD in adults.

Because oil from krill also contains vitamins A, D, and E, it’s also a powerful antioxidant that might help reduce the risk of some cancers. Krill oil also contains a substance called astaxanthin, which protects the skin from UV damage. For sun worshippers like me, this is important. If krill oil will help me avoid wrinkles, I’m all for it!

Astaxanthin is a very special antioxidant. It’s a carotenoid, an organic pigment that gives the pink or reddish hue to shrimp, salmon, lobster, crayfish, algae, and krill. Research shows that astaxanthin may be beneficial in the prevention and in the treatment of diseases of the immune system and the cardiovascular system and also provide benefits to those suffering from neurodegenerative and inflammatory conditions.

Especially important is astaxanthin’s ability to cross the blood-brain barrier, unlike most other antioxidants, making it available to the brain, the central nervous system, and the eye. This could be paramount to treating conditions like Alzheimer’s disease and glaucoma.

With Antarctic krill oil, you won’t have to worry about toxins like mercury or other heavy metals. Because the region is far removed geographically from factories and other sources of pollution and contaminants, Antarctic krill oil is safe.

Antarctic krill oil is also abundant, and the population of krill is easily sustained in the Antarctic, where the annual krill harvest is far below international guidelines.

Is the production of Antarctic krill oil environmentally friendly?

Most of the companies that harvest krill and produce Antarctic krill oil use specially designed nets to catch the krill. These nets are able to single out whales, penguins, seals, and fish so that they can be released safely back into the sea.

Do krill oil supplements have any adverse side effects?

If you’re pregnant or are breast feeding, it’s best not to take krill oil supplements. There simply hasn’t been enough research in this area.

Because krill oil and krill oil supplements can affect the blood’s ability to clot, people taking blood thinners or medications that thin the blood as a side effect should be careful about taking krill oil. Such medications include aspirin, Coumadin, Plavix, heparin, Lovenox, Fragmin, Cataflam, Voltaren, Advil, Motrin, Aleve, and Naprosyn.

To purchase Source Naturals krill oil or NKO krill oil online, check out the deals below. Other popular brands of krill oil supplements are also offered. 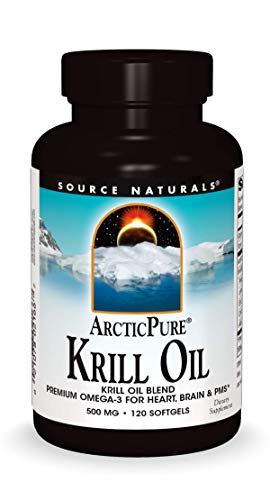 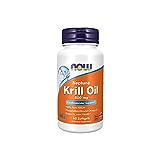