I think I’ve finally hit on the perfect way for me to lose weight. I can hardly believe it and it seems very strange but it seems to be working. I have lost 9 lbs in two weeks; so something is going right.

Normally I struggle to get even a pound off in a week; despite exercising and being very careful what I eat. The minute any suggestion of ‘diet’ is detected by my subconscious; I develop a raging hunger which no lettuce leaf can satisfy and my body seems to cling onto the pounds for dear life.

An example of a typical day’s eating when I’m on a ‘diet’:

Cup of coffee made with water, skimmed milk & sweetener added

Small bowl of unsweetened porridge made with water

Cup of tea with skimmed milk

Cup of tea with skimmed milk

So there isn’t much there to prevent weight loss really. I get so disillusioned and usually end up ditching the diet within two to three weeks. It seems so pointless depriving oneself to lose less than a pound a week.

Last week I was speaking to a friend who has recently had a gastric band fitted and is losing at least a pound a day. Mind you she has a fair few pounds to go at; being more than six stone overweight. As I am not that overweight I know I would not be able to get a band fitted on the NHS and I couldn’t afford to have it done privately as it can cost anywhere between £4,000 and £7,000.

Just a day later I was chatting to another overweight friend who said she had had a band fitted two days previously. I said she looked remarkably well so soon after a major operation like that. She smiled mysteriously and said it wasn’t a real band. I didn’t know what she was talking about until she explained that she had been to see a hypnotist who had done a ‘virtual’ gastric band operation on her. She said she could actually feel the band and that she was unable to eat very much and had already started losing weight.

I got straight on the internet when I got home and thought I would investigate this procedure. Apparently it originated in Spain. A British couple, Martin and Marion Shirran run a therapy clinic in Fuengirola on the Costa del Sol. Marion had the idea after speaking to one of her patients who was overweight and mentioned that she was terrified of surgery and wished she could be hypnotised into believing that she had a gastric band fitted. The therapist did her research over several months and devised a program. Her very first patient was her husband Martin who successfully lost 5 stone.

It is claimed that the success rate of the program is 80% which is higher than the 70% success of the actual surgical operation.

There are no known risks associated with this procedure, unlike the actual gastric band surgery.

During my research I discovered that there are many therapists offering the hypnotic gastric band at greatly varying prices ranging from £150 - £800. As I am on a limited budget I decided to look for a cheaper option.

Battling the Bulge the Budget Way

Eventually I hit on the idea of searching for an app and was amazed to find one at the online Apple store. Not only was there one; the Easyloss Virtual Gastric Band Surgery Program was on special offer at a cost of just £2.99. The therapists are Sue Peckham and James Holmes who run a successful hypnotherapy practice in Fareham, Hampshire where they offer the program in person for a cost of £525 plus £75 per session for any extra sessions needed over and above the 5 included in the program. More details can be found at their website http://www.easyloss.co.uk/easyloss/virtual-gastric-band/

More Screenshots from my iPhone

The Virtual Gastric Band app has recently been updated to version 2 and now it is a 28 day program.

The virtual surgery takes place on day 28 (but don’t be tempted to skip forward) and there is a ‘post-op’ session which must be listened to daily for 6 weeks.

There are daytime and night-time options on all of the sessions.

Included in the app are 100 useful weight loss tips and guidelines on how to get the most out of it.

A useful exercise motivation session is featured and there is a friendly Facebook support group where questions can be posted. Sue Peckham often answers the questions herself. Sue has a pleasant easy to listen to voice and the surgery session with James is very soothing.

For me this is working and I'm amazed just how easy it is. Only a stone to go now so it's certainly worth purchasing. The current price is £4.99. 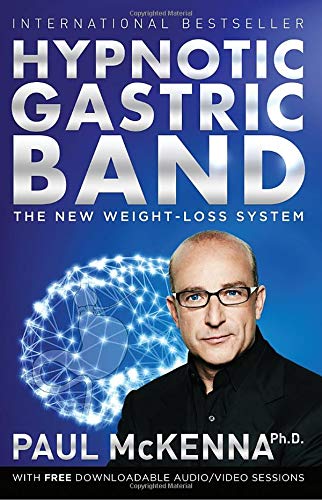