So you might be asking yourself what, exactly, is an anachronism. A rough definition is a thing or person who is living in the wrong time period, or who belongs in a different time period.

I am an anachronism! Guilty as charged; pass down my sentence and I will gladly do the time.

What is my defense? I really don’t have one! I grew up during a simpler time, a time when there were values, a time when there wasn’t fear, a time when people were helpful and friendly. Somehow I became trapped in a time warp, unable to free my mind from that time. Forty years have passed but I seem to still be stuck in that time period.

I know, time marches on, and as the march continued many of my peers tossed aside the old ways and became part of the convenient society. I was left behind, willingly I might add, so I am guilty. Do with me as you please. I make no excuses and I offer no apologies. I’m just a grumpy old fart who refuses to play the game, who would rather “stack the time” than sacrifice principles that I believe are important.

What? You’re confused? What in the world am I talking about?

Perhaps this will go smoother if I explain some of those aforementioned principles. Then maybe you’ll see that I really don’t belong in the year 2012.

I was raised to respect people. I can’t help it, that’s just the way it was when I was growing up, and it has stayed with me all of these years. Give respect and demand it in return. Pretty simple words to live by and I’ll be damned if I can understand why it isn’t done today. From the Halls of Congress to the street punks with hanging drawers, there is a general lack of respect in society today and I refuse to be a part of it.

There is a technique I use every time I start feeling sorry for myself. It has never failed me and I have never seen it fail someone else. Do you want to know what it is? I help someone else who has it worse off than me.

This little trick was instilled in me at a very early age. Once a month our family would pile into the car and volunteer down at the church where clothes and food were handed out to the needy. When it snowed my dad would hand me a shovel and have me shovel the driveways of the elderly in our neighborhood. When a neighbor was sick you could count on other neighbors helping out with the yard work or running errands for the sick friend.

We did those things because it was the right thing to do, and the act of kindness carried a bonus, namely that you felt good about yourself after you helped someone.

A MAN IS ONLY AS GOOD AS HIS WORD

I remember a thing called commitment when I was growing up. If you said you were going to do something then you did it. If you made a promise you kept it. If you were hired to do a day’s work for a day’s pay, then by God that’s what you delivered. My parents came up during the Great Depression and they believed in the value of being a stand-up person.

You did not cheat someone out of money; you did not show up to work late or leave early, and if you said you could be counted on then you better be reliable and trustworthy. There was no wiggle-room in this; people were judged by their actions, and if their actions did not match up to their word they were considered a person of low character.

WHERE HAS HUMILITY GONE TO?

I have written about this before and I’m sure I’ll write about it again. This is, without a doubt, the most egocentric generation I have ever seen.

I can say this without any hesitation, and those of you who grew up when I did know it to be true. If I had walked around as a kid constantly talking about myself, I would have been in a fight daily. There was one sure consequence to bragging and that was a fat lip. I was told early on that a real man does not have to tell the world what he has accomplished; if it’s noteworthy the world will notice without you saying a word.

IS THERE ANY COMPASSION LEFT?

What do you think when you see a homeless guy on the street? Do you know anyone who is recently divorced? I saw my dad help a homeless drunk to get up out of the gutter one day; he then walked him over to a café and paid for his breakfast. I asked my dad if he knew the guy. Do you know what he said? He said no, but there were people who helped him during the Great Depression, and that’s just what people do for those who are down and out.

When did it become fashionable to do a half-assed job at work? Or at school? Again, this is what I was told growing up: At the end of the day, Bill, only you will know if you gave it your best effort or you settled for mediocrity.

TO STRIVE, TO SEEK, TO FIND….AND NOT TO YIELD

Fortitude is the virtue by which inner strength is found to persevere despite hardships and tough challenges. Its step-sister is perseverance and I gotta tell ya, I’m seeing less and less of it as I get older. Having said that, I am blessed to know some very special people who have been hit by just about every hardship you can imagine and they are still standing tall.

Flip side…..as my teaching career waned I was seeing an ever-increasing number of kids who simply could not handle any kind of obstacle or hardship. I have major concerns when students begin uncontrollable wailing when they fail an assignment or rip a hole in their sweatshirt.

Challenges are a chance for growth. They test our character and define who we are. There is no test when things are going well; anyone can handle good fortune. Show me someone who is faced with serious complications and still maintains dignity and determination; that’s the person I want to have as a friend.

I don’t have a time machine so I’m pretty much stuck in this time and place. No matter how many times I’d like to beam back into the 60’s it isn’t going to happen. That leaves me with acceptance, my old nemesis. Since I happen to believe in fortitude, compassion, respect, service, humility and other virtues, I guess I’ll just have to remain an anachronism.

I’m starting a new club and you are welcome to join. It is called the Anachronism Club and it will be made up only of people who believe in a set of values that should define the human spirit. I would be proud to walk alongside of you, from this day forward, as proud members of this new organization.

Will you join me?

For other Lifestyle Choices articles, see the following:

To purchase my Lifestyle Choices book on Kindle go to: 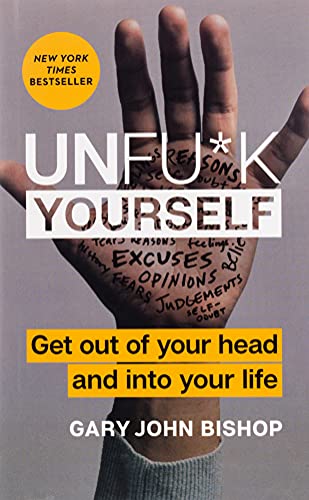